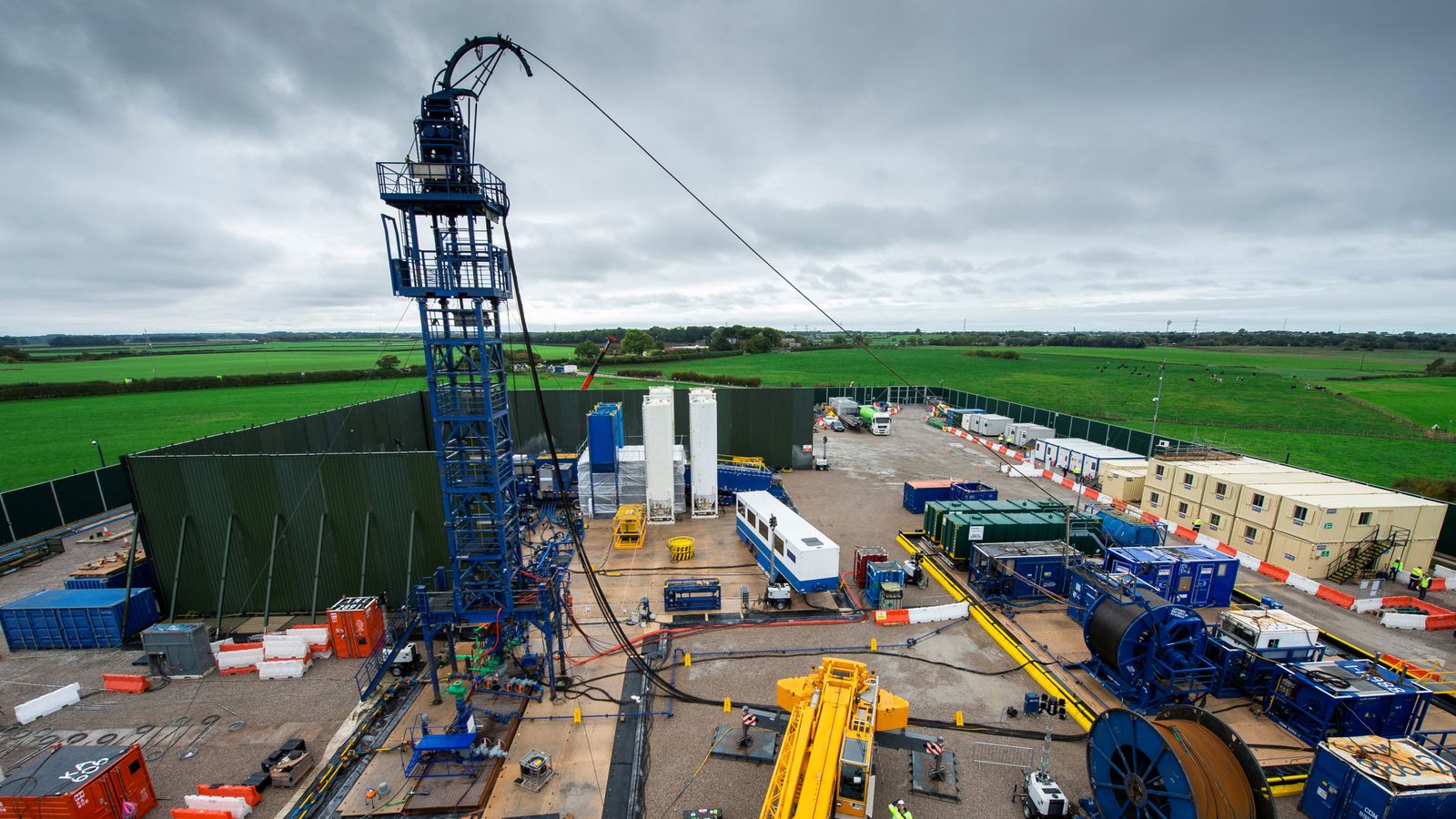 Fracking has been effectively banned by the government since 2019 but as it pushes to reduce reliance on other countries shale gas has become more of a focus in recent weeks.

The government has commissioned a survey into fracking two days before announcing a new energy strategy focused on using UK-produced supplies after the invasion of Ukraine.

In 2019 ministers placed a moratorium on fracking, which pumps water, chemicals and sand underground at high pressure to fracture shale rock and release trapped oil and gas.

Its decision - a reversal of previous policies - came after a scientific study warned it was not possible to rule out "unacceptable" consequences for those living near fracking sites after tremors were felt near sites in Lancashire.

But the issue of fracking has arisen again as the government tries to reduce soaring energy bills and secure its own oil and gas supplies in light of Russia's invasion of Ukraine.

Fracked gas would produce less than 5% of the UK's gas demand over five years in the best case scenario, and assuming there were no planning or local protest issues, according to analysis by Carbon Brief.

The Energy Security Strategy is set to be published on Thursday after nearly a month of delays - believed to be because the Treasury was not happy with the long-term costs involved, especially with nuclear.

Business Secretary Kwasi Kwarteng announced on Tuesday the British Geological Survey (BGS) had been commissioned "to advise on the latest scientific advice around shale gas extraction" - otherwise known as fracking.

He emphasised this will be a "desk-based exercise" so "no drilling of any further test wells or seismic monitoring will take place".

Mr Kwarteng said: "We have always been, and always will be, guided by the science on shale gas.

"It remains the case that fracking in England would take years of exploration and development before commercial quantities of gas could be produced for the market, and would certainly have no effect on prices in the near term.

"However, there will continue to be an ongoing demand for oil and gas over the coming decades as we transition to cheap renewable energy and new nuclear power. In light of Putin's criminal invasion of Ukraine, it is absolutely right that we explore all possible domestic energy sources.

Energy think tank ECIU says a combination of insulation and heat pumps would cut gas demand enough to avoid the need to drill for or buy gas, and lower bills.

Mr Kwarteng added: "However, unless the latest scientific evidence demonstrates that shale gas extraction is safe, sustainable and of minimal disturbance to those living and working nearby, the pause in England will remain in place." 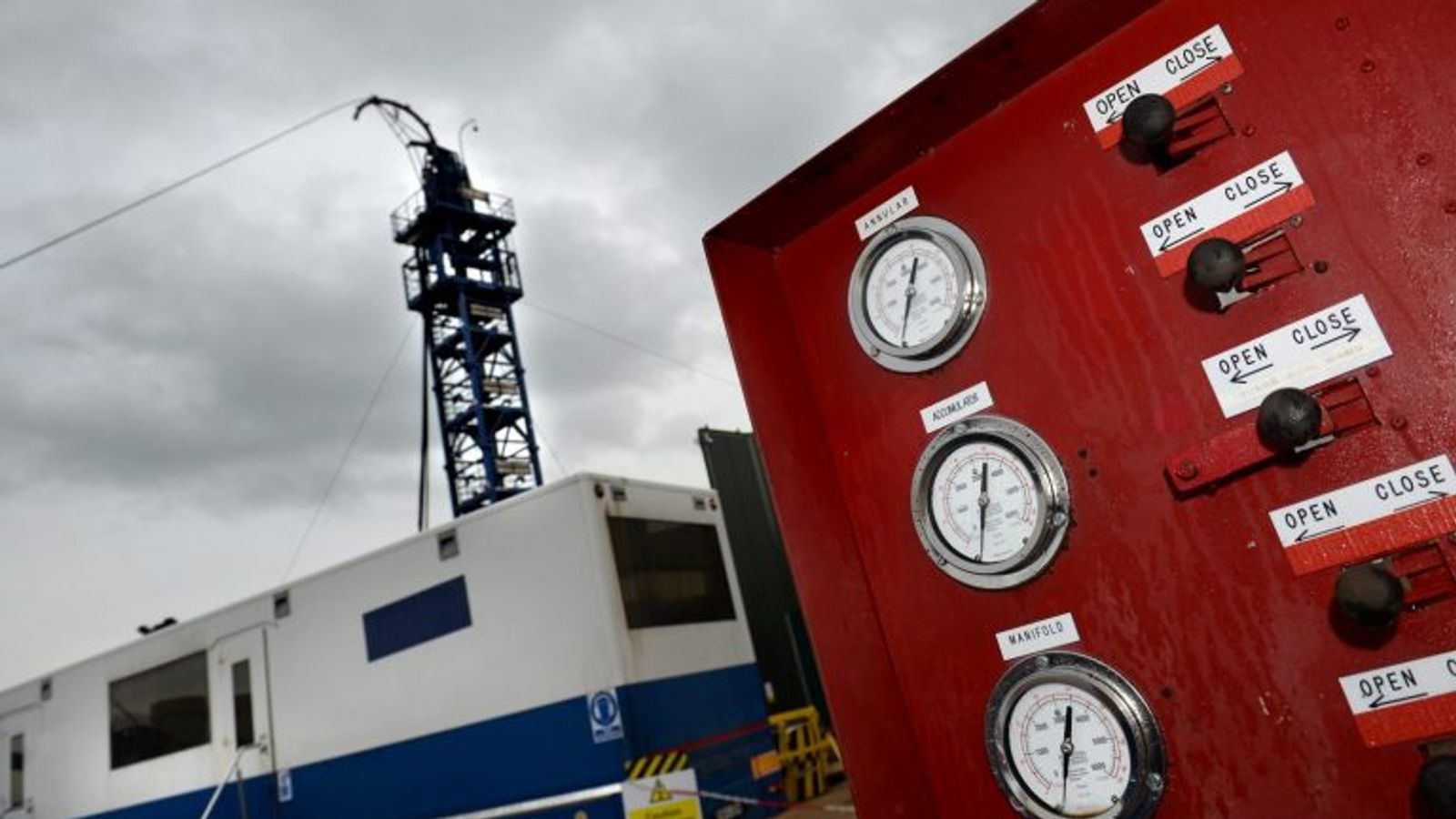 Cuadrilla's boss has said fracking could help with energy prices and reliance on other countries.

The BGS has been asked to look into whether there are new fracking techniques that reduce the risk and magnitude of earth tremors, whether they would be suitable for the UK and how fracking seismic activity compares with other forms of underground energy production or activities such as construction.

It has also been asked to investigate how shale modelling has improved since 2019 and if that means the government could be completely confident of their predictions. Ministers have also asked the BGS to see if there are other sites, outside Lancashire, which might be at a lower risk of seismic activity.

It had previously been ordered to concrete up the wells by 30 June this year after the effective fracking ban in 2019.

Greenpeace UK urged the government to stop "pandering to fracking obsessives who aren't up to speed with the realities of 21st century energy," calling for a windfall tax, the cutting of home energy waste, and of bolstering of renewables.

"Less than 24 hours after the UN has slated new fossil fuels investments as 'economic madness', the government has launched a review into fracking," said campaigner Ami McCarthy said. "This does not bode well." 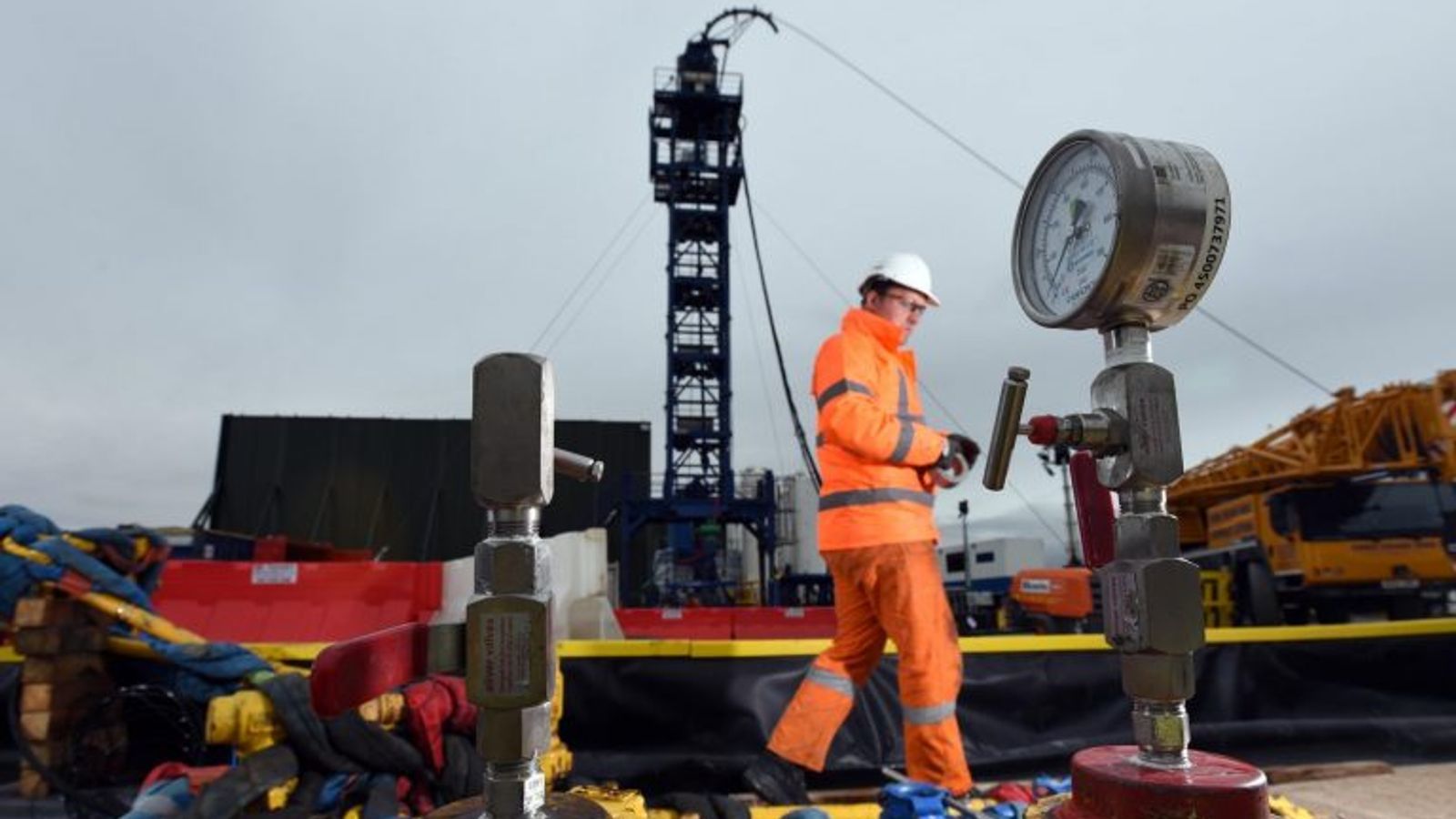 The government has come under increasing pressure to rethink its position on fracking as energy prices rise and Boris Johnson has called for Europe to wean itself off Russian oil and gas.

On Monday, Brexit opportunities minister Jacob Rees-Mogg downplayed the earthquake risks from fracking and suggested "every last drop" of oil should be extracted from the North Sea.

Downing Street earlier appeared to not rule fracking out as it said the moratorium "still remains" but said the Ukraine war means the government needs to "look at all possible options for improving domestic energy supply".

However, energy minister Greg Hands said: "Fracking is not the solution to near-term issues.