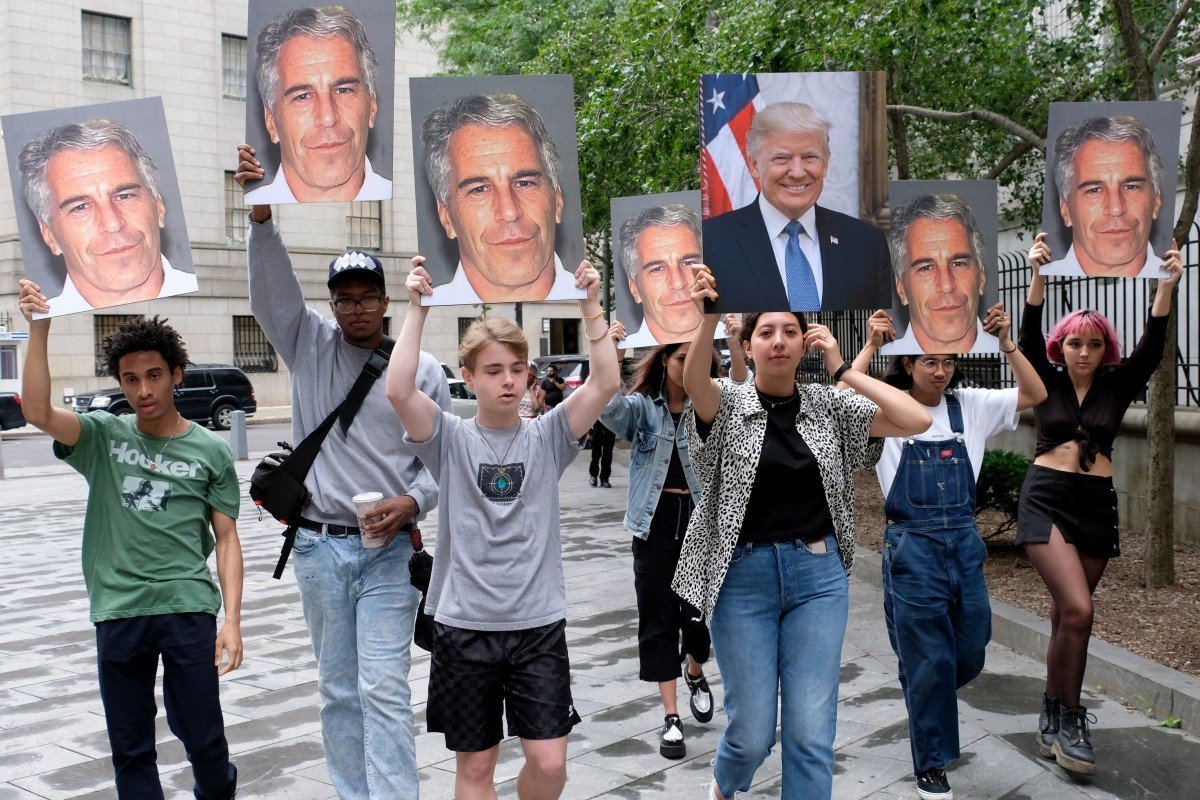 US president was cropped out of image in which he was posing with wealthy sex offender who died last August. Photo taken at Trump’s Mar-a-Lago resort in 2000 was used in Fox News segment about Maxwell’s recent arrest by FBI on sex trafficking charges

Fox News said on Monday the network had “mistakenly” edited President Donald Trump out of a photo of himself and Melania Trump (then Melania Knauss) posing with Jeffrey Epstein and Ghislaine Maxwell.

The photo, taken by Getty at Mar-a-Lago in Florida on Feb. 12, 2000, was used on Fox News during a segment Sunday about Maxwell’s recent arrest by the FBI in New Hampshire last week in connection to her involvement in Epstein’s sex trafficking.

However, the image used on Fox News cropped President Trump out of the photo.

Epstein, who died by suicide last August while awaiting trial, was already a registered sex offender when the photo was taken.

“We regret the error.”

Trump has recently criticised Fox News for reporting on “suppression polls” that show him trailing Joe Biden in the presidential race.

He has also frequently mentioned how much more he likes OANN, a newer conservative channel.