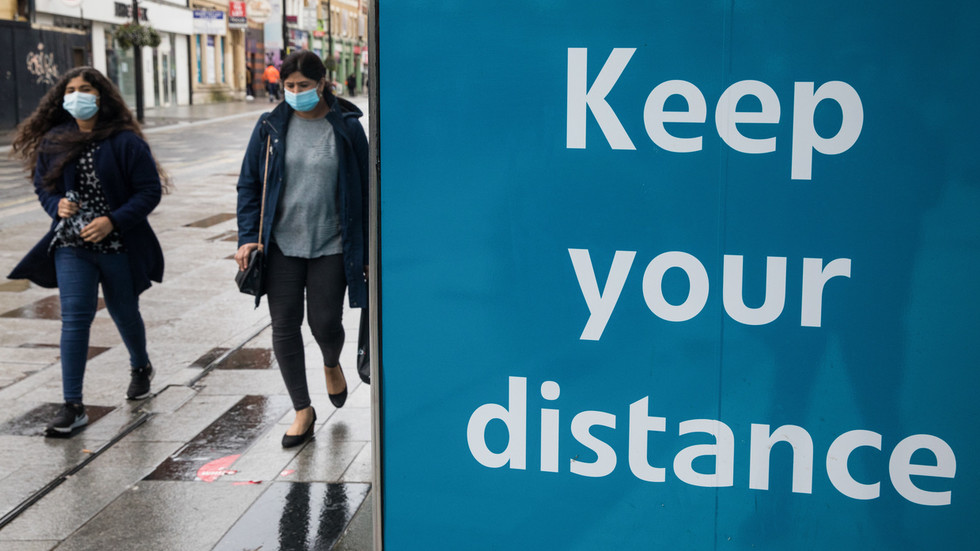 Ex-Brexit Secretary David Davis has slammed the ‘systemic problem’ that protects ‘test and trace’ companies from financial penalties despite criticism over the failing system.
In an interview with talkRADIO’s morning show host, Julia Hartley-Brewer, David Davis, who served as Brexit secretary until July 2018, said that “disaster is probably not too strong a word” for the situation that is unfolding with the ‘test and trace’ system, as figures released by the UK government show that it has repeatedly failed to meet the necessary targets required to prevent further spread of the virus.

Earlier this week, in a written response to Davis, Health Minister Helen Whately revealed that, despite being accused of failures, these companies do not face any fines, punishments or loss of contracts because “we don’t have any penalty clauses” in place, as the government claims it’s “difficult” to do so due to English law.

The UK government awarded a three-month contact-tracing contract worth £108 million to Serco earlier this year to oversee and deliver the system. Alongside its involvement in the test and trace system, Serco was also recently given a £57 million contract to provide “management services” at coronavirus testing centers across the UK.

Davis described how the behavior of the government to “keep handing out these contracts to these big companies,” despite their “very, very poor” service reflects a wider systemic problem. Hartley-Brewer responded with a shocked “You’re kidding!”

Serco defended their performance, saying they’ve “played an important part in helping to reach hundreds of thousands of people who might otherwise have passed on the virus. Our team of call handlers has been 93% successful in persuading people to isolate where we are able to have conversations.”

While the Scientific Advisory Group for Emergencies (SAGE) advises that for the system to function effectively a minimum of 80 percent of “close contacts” needs to be reached and told to self-isolate, the latest set of figures show that only 59.6 percent were contacted after being identified.

The former Brexit secretary laid the blame at the feet of Prime Minister Boris Johnson and Health Secretary Matt Hancock due to the way “they’ve organised the government,” creating a “heavily centralised” response to the pandemic, which has resulted in them “trying to take too many decisions at the same time” and “making mistakes.”

Even Boris Johnson and his chief scientific adviser accepted that the test and trace system was failing, with the prime minister stating that he does “share people’s frustrations” and understands that “we need to improve it.”
#Coronavirus  #Boris Johnson
Add Comment