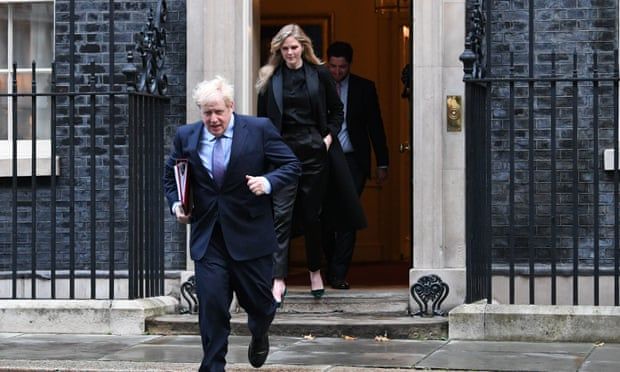 Boris Johnson’s reluctance to leave Downing Street in the face of opposition from ministers and Tory MPs seemed a bit “let’s storm the Capitol, chaps,” according to a former senior No 10 aide, likening it to the January 6 insurrection in Washington DC.

The comparison was made by Cleo Watson, a former special adviser to Johnson’s former chief adviser, Dominic Cummings, in an article for Tatler magazine.

Painting a picture of a shambling “hangdog” prime minister who was unable to undertake basic tasks and had to be “house-trained” when it came to observing Covid-19 protocols, Watson also described an incident in which political advisers came together around a table during a meeting at Chequers. 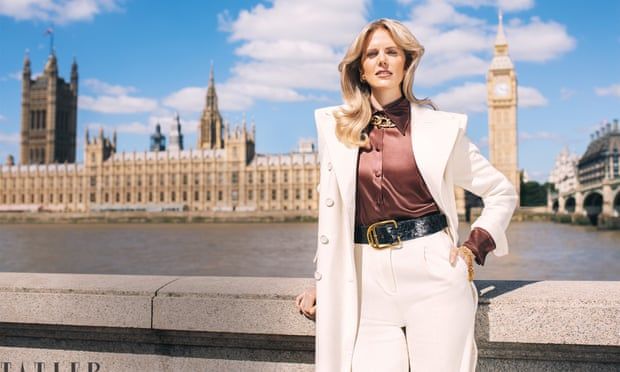 Cleo Watson in the September issue of Tatler.

“We made our way upstairs to be greeted by an appalling smell and what I took to be a small fig under the table. ‘Oh dear,’ the PM said, looking at me expectantly: ‘Dilyn’s done a turd.’ I adopted the exasperated teapot pose. ‘Well, you’d better pick it up then,’ I said. And he did,” she recalled.

Watson, who has a novel coming out next year, told of how Johnson issued her own marching orders two weeks after Cummings’ departure from Downing Street in 2020, in the Cabinet Office room conversation which she believed “may have been familiar to many of his girlfriends”.

She wrote that Johnson had told her: “I can’t look at you any more because it reminds me of Dom. It’s like a marriage has ended, we’ve divided up our things and I’ve kept an ugly old lamp. But every time I look at that lamp, it reminds me of the person I was with. You’re that lamp.”

Watson, dubbed the “gazelle of Downing Street”, added: “A lamp! At least a gazelle has a heartbeat. Still, he presumably knows better than most how it feels when a marriage breaks up.”

Contrary to what has been reported, including in a reference in the full report of senior civil servant Sue Gray into lockdown-breaking parties, Watson said she left No 10 without a leaving party.

“What actually happened is that we agreed to go our separate ways and I went to the press team to say goodbye. The PM, unable to see a group of people and not orate, gave a painful, off-the-cuff speech to a bewildered clutch of advisers and I left shortly after,” she wrote.