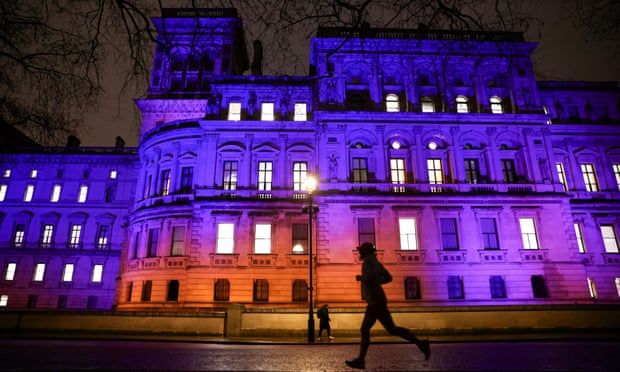 ‘Chaos’ caused by failure to combine two computer systems after departments merged, sources claim
Out-of-date IT systems are causing “chaos” inside the Foreign Office (FCDO) and undermining the government response to the Ukraine crisis, insiders have warned.

Problems in the running of the department, which were laid out by a whistleblower in the aftermath of the Afghanistan withdrawal, were still causing “major issues” as the Ukraine crisis deepens, officials told the Guardian.

They complained of delays and confusion caused by colleagues being on two separate security systems, meaning important emails were often missed and people were being forced to work on out-of-date briefings.

Despite it being more than 500 days since the Foreign and Commonwealth Office (FCO) merged with the Department for International Development (DfID), the integration of staff from both teams was said to be “a mess”.

A Whitehall source told the Guardian: “Numerous crises have been worsened because of it.”

After the Taliban takeover of Afghanistan last August, the Foreign Office came under intense criticism for the way it handled the crisis, including from a former desk officer.

Raphael Marshall alleged there was a litany of problems and said civil servants from DfID had been “appalled” by the “chaotic system” they inherited, with staff unable to use live documents together or shared inboxes.

Civil servants told the Guardian that those from DfID and the FCO are still working on different types of computers with separate security systems, meaning they are often not compatible with each another.

The tech issues were said to affect emails, video calls and the way teams could work on crucial briefings together. Staff complained that emails exchanged between those who previously worked for DfID and the FCO were routinely flagged as spam or not delivered.

When virtual meetings were held, insiders said that if the invite came from someone who had worked in the FCO then those from DfID were not able to participate properly.

The DfID staff could not join calls without being approved, and crucially often were unable to access files stored on their FCO counterparts’ system, leading to delays and confusion.

The tech problems were said to be seriously hampering officials’ ability to work quickly during crises, like the feared invasion of Ukraine by Russian forces.

“It’s so much effort to try and track people’s comments in briefing… It’s basically making an hour long job two hours, which is not the kind of time you have in these situations,” one FCDO insider said.

Another told the Guardian that “colleagues routinely miss emails and feel that they’ve been overlooked”, which “causes chaos, especially in crisis points”.

They were reluctant to divulge specific details about what operational impact on the Ukraine response the problems had had given security concerns, but spoke out due to their frustration that more than 530 days on from the departments’ merger, the issues were “still not fixed”.

The officials also said FCO and DFID staff still use different human resources systems, meaning line managers who have staff from a department different from the one they came from struggle to sign off annual leave, complete reviews or approve overtime.

Terms and conditions also have yet to be standardised, so there are still substantial pay disparities between people working at the same level who came from different departments.

They said the department felt short of a minister, with three ministers’ briefs beefed up and foreign secretary Liz Truss now responsible for the overall work of the Foreign Office, Brexit negotiations and the added responsibility of women and equalities.

With much of Truss’s attention on Ukraine, one official lamented other urgent priorities were being “cast aside” and that there could be a Foreign Office “backlog, like the health one”.

An FCDO spokesperson said: “The UK has helped lead the diplomatic and deterrence effort in response to the situation in Ukraine and this work remains a top priority for the department. All current staff are able to work on a shared FCDO Microsoft Teams platform.”
#Boris Johnson  #Afghanistan  #Johnson
Add Comment