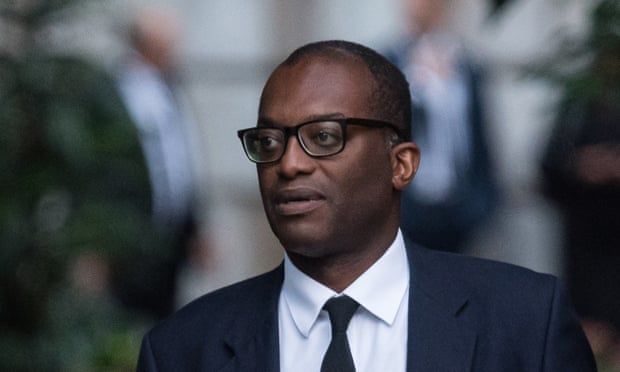 UK Treasury officials have been told to refocus on annual growth of 2.5% rather than prioritising fiscal discipline, in a call with the chancellor, Kwasi Kwarteng.

The prime minister, Liz Truss, promised a return to the economic growth target for the UK of 2.5% a year during her campaign for the Conservative party leadership, a level that has not been consistently met since before the 2008 banking crisis.

An emergency fiscal package to bring in winter tax cuts for millions of people is expected late next week after national mourning for the Queen’s death.

Treasury sources confirmed that no requests had been made to the Office for Budget Responsibility to produce economic forecasts that would normally accompany the chancellor’s speech at a budget.

Kwarteng told civil servants in a call that Scholar had led “an excellent finance ministry” – a reference to the department’s commitment to keeping a tight leash on spending. But in comments first reported by the FT, he said the focus must now be “entirely on growth”.

Kwarteng argued that by returning to the 2.5% growth rate, Britain would be better placed to bear down on its budget deficit. During her leadership campaign, Truss told ConservativeHome: “We should be growing on average at 2.5. And happiness is a faster-growing private sector than public sector. That’s what we need to achieve.”

The “fiscal event” planned by Kwarteng is expected to take place on Thursday or Friday next week, before the Commons breaks up for party conferences.

Measures will include reversing April’s rise in national insurance contributions and pledging not to increase corporation tax from 19% to 25% next year. These two measures alone, however, would entail permanent tax cuts of £30bn a year – more than 1% of national income. Kwarteng may also bring forward a one percentage-point cut in the basic rate of income tax.

Truss’s team has also spoken to business groups about changes to business rates and cuts to VAT to help with the energy crisis, as well as a longer-term review of these taxes.

The prime minister is planning to travel to the UN general assembly in New York in the days after the Queen’s funeral, returning in time to sit alongside Kwarteng in the Commons as he delivers his fiscal event.

The most obvious day for it would be Thursday 22 September, as parliamentary business has been postponed until after Wednesday 21st and Truss is likely to be in New York until then.

At the mini-budget, the government is expected to confirm plans to reverse the recent rise in national insurance, even though it benefits higher earners the most, handing back about £1,800 a year to top earners while the lowest earners get about £7 a year.