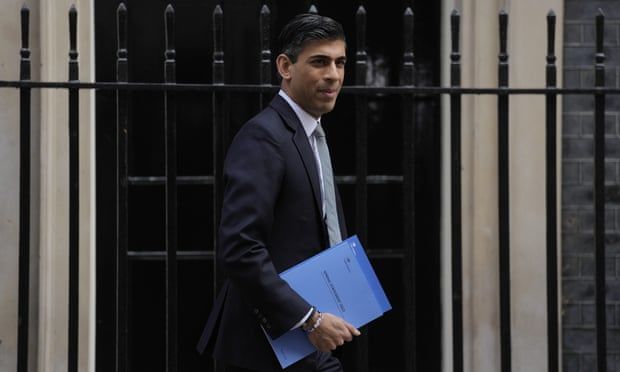 Analysis: While the chancellor says his wife paid all UK taxes due, pressure is building over what he hasn’t said about their finances

Rishi Sunak is under huge pressure over his financial affairs and those of his wife, Akshata Murty, the daughter of an Indian billionaire who made his money in IT. These are the key unanswered questions:

How much tax did the chancellor’s wife pay on her £11.5m annual dividends from Infosys – and where did she pay it?

Three days after it was revealed that Murty claims non-domicile status, allowing her to avoid UK tax on her foreign earnings, Murty and Sunak have failed to explain how much tax she paid on the £54.5m of dividends she collected over the past seven-and-a-half years.

Sunak, who as chancellor oversees tax rules, said his wife paid all taxes due in the UK, “and every penny that she earns internationally, for example in India, she would pay the full taxes on that”.

Critics pointed out he said Murty “would pay” full taxes on overseas income, not that she had paid it or stated how much. They said Sunak gave India only as an example, leaving open the possibility that Murty may have used a tax haven, where no taxes would have been due. She has previously collected other dividend income in Mauritius, a tax haven.

Why did Sunak and Murty have US green cards and when did they give them up?

The couple had green cards when living in the US before Sunak became an MP, but still had them until late in 2019 – when Sunak was already chancellor.

Green card holders must file annual US tax returns and are “responsible for reporting your income and paying taxes on any foreign earned income”. One major questions is whether Murty paid US taxes on her Infosys dividends, but not UK tax, while taking advantage of her non-dom status.

Sunak said Murty did not want to become a British citizen because she regarded herself as Indian and she was planning to return to India. “She loves her country like I love mine”, he said. However, people applying to become US green card holders are required to make a legal commitment to “make the US your permanent home”. It is legitimate to ask why Murty was prepared to make the US her home for tax purposes, but chose to take advantage of her non-dom status to legally avoid paying UK tax when her husband was the second-most powerful person in government.

Did Sunak waive his salary as a minister in 2020 in order to avoid paying US tax?

When Sunak was appointed chief secretary to the Treasury in 2019 he waived his salary for five months – a total of £34,000.

Instead he earned the MP’s basic salary, which was then about £81,932. This is about $103,000 at today’s exchange rate. This is just under the maximum threshold of ($108,700) that US green card holders can earn overseas and avoid paying US income tax, under the foreign earned income exclusion scheme.

Sunak and the Treasury did not comment. A government source said Sunak did not take his full ministerial salary for the first five months because the Cabinet Office asked him to forgo it as it had reached the maximum cap for ministerial salaries that year.

Does Murty have other overseas income beyond Infosys – how much, what tax does she pay and where?

Murty’s earnings are not made public, because Sunak has not declared anything on his register of ministerial interests beyond her ownership of a UK vehicle called Catamaran Ventures UK. There is no mention of her shareholding in Infosys, or any other financial interest. It is not clear why this has been considered not relevant to the declaration, but ministers usually discuss their financial situation with the prime minister’s adviser on ministerial interests before it is decided what they need to make public.

How much money is in Sunak’s blind trust, and where is it located?

There are huge unanswered questions over Sunak’s blind trust and what shareholdings or other investments have gone in it. The first mention of Sunak’s trust appeared in 2019, when he became a Treasury minister, but it is possible he had shareholdings in it before that. The MPs register of interest says MPs do not have to declare the existence of blind trusts to the public and that MPs do not know how their assets are being invested, and are not allowed to give instructions about investments.

However, they can receive reports on the trust’s overall performance, realise the assets, and give general directions about the investments when the trust is established. This means Sunak may be aware roughly what is in his blind trust. Before he became an MP, he was involved in managing hedge funds, including Theleme and the Children’s Investment Fund, which have links to the Cayman Islands.