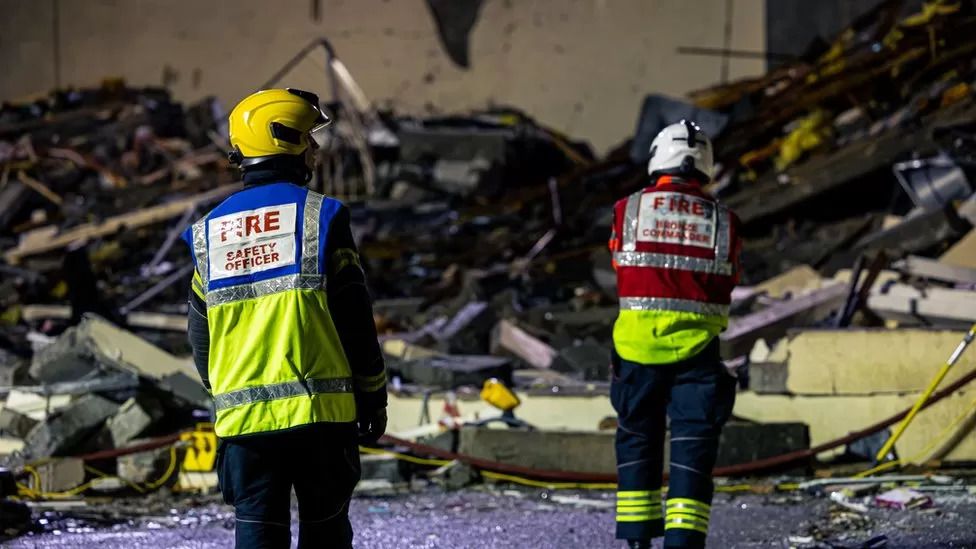 Five people are confirmed to have died in an explosion at flats in Jersey, with four residents still unaccounted for, police have said.

States of Jersey Police said the operation in St Helier continued as a search and recovery effort.

Chief of Police Robin Smith said: "The number of islanders confirmed to have been killed in the blast is now five."

He added there were still a number of residents unaccounted for after the blast early on Saturday.

The fire service had attended the flats just after 20:30 GMT on Friday after the smell of gas was reported, it has been confirmed.

Mr Smith described earlier on Sunday how there had been a "meticulous and painstaking search of the debris following the explosion, to start carefully identifying bodies when and if we find them". 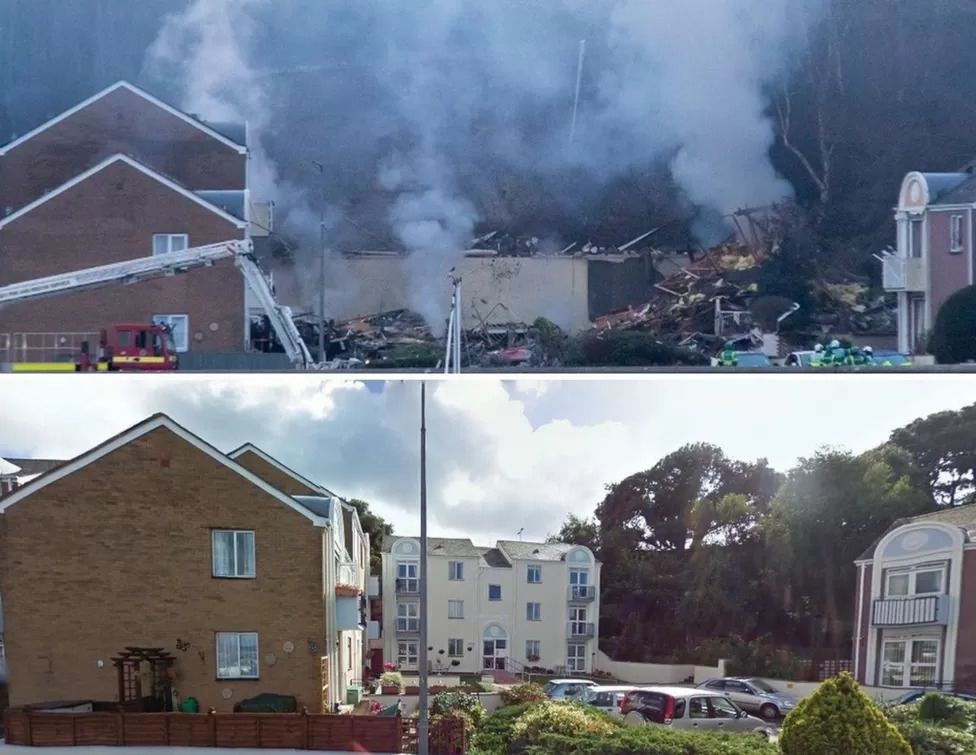 The flats at Haut De Mont are shown as they appear following the explosion and as they were prior to the blast
It is understood there were nine known residents in the block before the blast in the three-storey Haut du Mont residential block on Saturday at about 04:00 GMT.

However, details on visitors remain unknown.

Mr Smith said there were "several areas of focus" in the search for bodies and families of the victims "continue to be supported by special officers".

The police chief earlier estimated "around 40" people had been displaced because of the blast and the damage it had caused to nearby buildings. 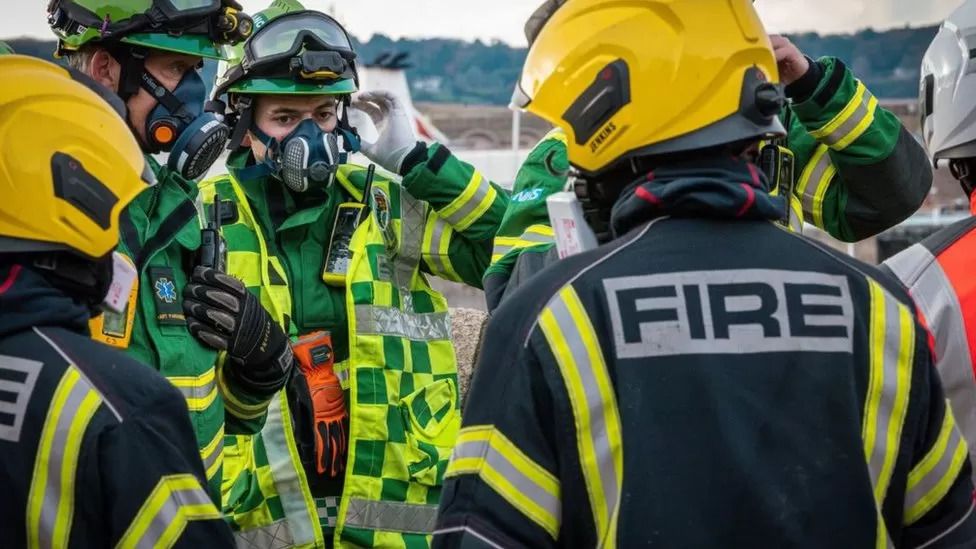 There are "several areas of focus" in the recovery operation

None of the emergency leaders could confirm the cause, but Mr Smith said it "looks likely" it was down to a gas explosion.

An appeal has been set up to provide support for those affected by both the explosion and a maritime collision off the Jersey coast on Thursday in which three fishermen went missing. 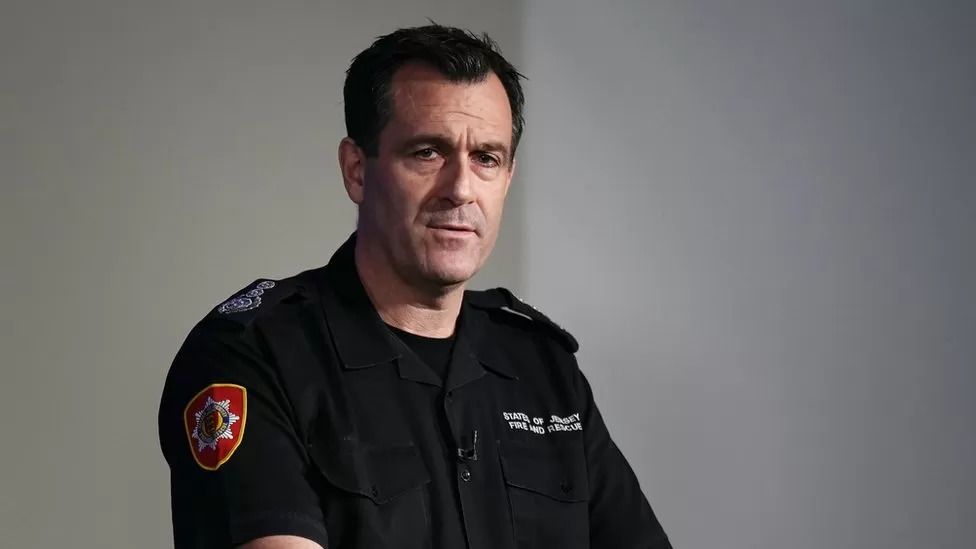 Jersey chief fire officer Paul Brown acknowledged that something had gone "horribly wrong" at the block of flats.

He confirmed firefighters had been called to the building at 20.36 GMT on Friday - just hours before the blast - after residents reported smelling gas.

Mr Brown said the fire service would be "co-operating fully" with "honesty" and "transparency" with a future inquiry, but added that the main focus remained on the search operation at this time.

"We don't want any cloud around that at all."

Specialist teams from other parts of the UK, including the Isle of Wight and Hampshire, have been drafted in to aid the response.

Mr Brown said mutual aid would support the numbers of firefighters on the island to ensure a "rolling pattern of deployment" at the scene.

Mr Smith said the response to the tragedy was "as big as it gets".

"We all practice for these things and hope they never happen," the police chief said.

Andium Homes, a state-owned but independent company which rents out thousands of properties on the island, said it was focused on supporting residents at the estate.

Gas supplier Island Energy said it was working with the fire service to "understand exactly what has happened".

The Government of Jersey said flags would be flown at half-mast on Monday "as a sign of respect" for the victims.

A minute's silence will also be observed at 11:00 to give islanders a moment to reflect on the two tragedies.

Footage from the scene of the explosion shows a large fire