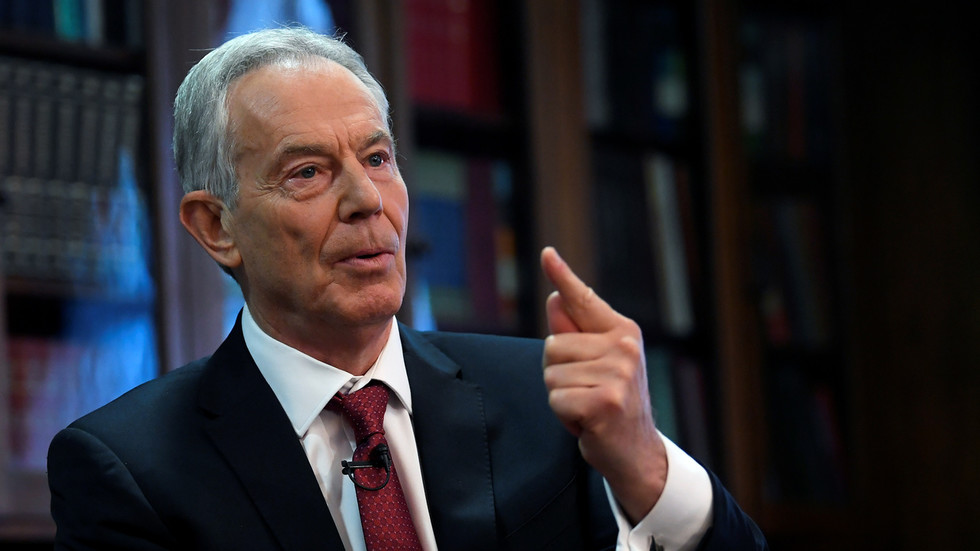 Former British PM Tony Blair has insisted the Afghan war has not removed the threat of radical Islam, describing it as a peril akin to revolutionary communism which now represents a serious, but uniting, security challenge.

In a much-hyped address on Monday, former UK Prime Minister Tony Blair insisted that leading powers must “unite to develop a shared strategy” to counter the threat of radical Islamism, claiming that defeating this ideology and its violence is also in China and Russia’s interests.

While terrorist attacks have become less common since 9/11, he argued, it is indisputable that radical Islam is not in decline.

"In my view, Islamism, both the ideology and the violence, is a first order security threat; and, unchecked, it will come to us, even if centred far from us, as 9/11 demonstrated."

The former leader, who now heads up his own think-tank among other endeavours, said that our “best allies” in beating Islamist extremism were in the Middle East, where the ideology continues to undermine the security situation and hinder national development.

"The ideology has been the principal cause of destabilisation across the Middle East and beyond, and today in Africa. Like revolutionary communism, it operates in many different arenas and dimensions,” he insisted.

Blair, who led Britain during the invasion of Afghanistan, added that despite Islamist casualties outnumbering those of Western and allied troops around the world, their creed continues to grow, and their threat with it. “Bio-terror possibilities may seem like the realm of science fiction; but we would be wise now to prepare for their potential use by non-state actors,” he warned.

Speaking to mark the 20th anniversary of the 9/11 attacks, the former prime minister argued that the failure to counter Islamism was underlined by an inability to think strategically, which in turn prolongs the security threat posed by the ideology.

Insisting that the narrative needs to change, Blair described the notion that Western liberal ideals and freedom are impossible to export to other nations as “depressing.” Furthering his point, he claimed that the Taliban takeover of Afghanistan was not what the people wanted, claiming they conquered the country by “violence, not persuasion.”

“The pressure of short-term political imperatives is giving both allies and opponents of liberal open societies the belief that our time is over,” he argued, noting that retreating because of the fear of more casualties will only embolden the enemy.

Despite the compliments from those physically present for Blair’s speech at RUSI [Royal United Services Institute], including two former British ambassadors, his comments have not gone down well on social media. “Do we care what Blair thinks? He is just trying (and failing) to stay relevant,” one person wrote.

Another Twitter user claimed that Blair’s comments show that he is still a “security threat” to the Middle East and the Islamic world. Others concurred, suggesting that some of the UK’s problems may lie with Blair for launching wars into parts of the world that never attacked Britain.

One person claimed that Blair, the “mythmaker,” was spreading more generalisations and fantasies about Islamism so that he could justify his invasions of Afghanistan and Iraq. Others simply called him a “war criminal.”

There were some who hailed Blair’s intervention. “We need Tony Blair back in politics,” one wrote, while another said they wished he was still the PM.

Blair, who led Britain from 1997 to 2007, has been one of the biggest critics of US President Joe Biden’s decision to withdraw from Afghanistan. In an August jeremiad, he described Biden’s policy as “obedience to an imbecilic political slogan about ending ‘the forever wars’.”