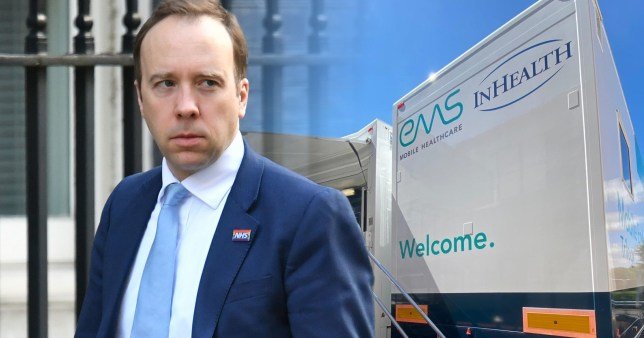 A firm believed to have links to Health Secretary Matt Hancock’s family has been awarded a £5.5million contract to provide mobile coronavirus testing units.

A deal was struck with EMS Healthcare, whose chairman Iain Johnston is said to be a former business contact of Hancock’s mum and stepdad, Shirley and Robert Carter, the Byline Times reports.

Details of the deal, published yesterday, show the company, based in Ellesmere Port, Cheshire, was awarded a contract for £5,462,150 to supply the testing units to the Department of Health and Social Care.

There is no evidence to suggest Hancock or his family were involved in the arrangement of the contract.

But news of the deal comes as ministers face increasing scrutiny over ‘cronyism’.

Shadow Commons leader and MP for Walsall South Valerie Vaz recently called on the Government to probe contracts awarded and their links to the Conservative Party. 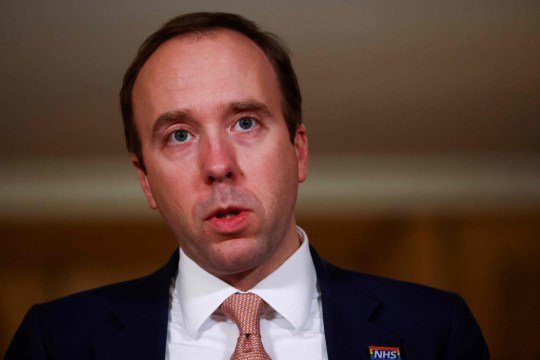 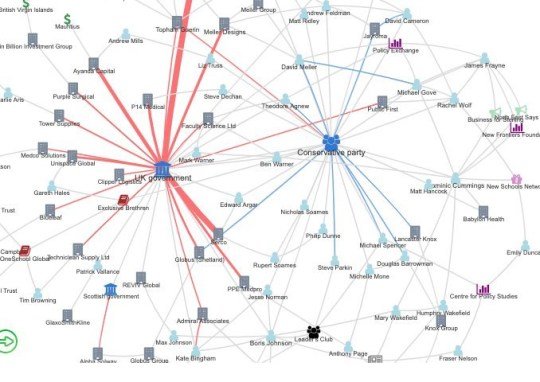 The My Little Crony map shows the web of contracts between the Government, MPs and their pals

The ‘My Little Crony’ map shows how large numbers of contracts have been given to Tory political donors, family members and employees during the Covid-19 crisis.

Another investigation revealed how some companies and individuals had made millions as a result of the UK’s desperate scramble for PPE at the start of the pandemic.

The fiasco saw British firms respond to the call for a national effort to produce the protective equipment – only to be told it was no longer needed.

Mr Johnston and Mr Carter previously worked together as directors at GB Mailing Systems, which specialises in verifying individuals’ locations, from when the company was founded in 1989 until the early 2000s.

Both businessmen are also said to have worked together at another now-dissolved firm, GB Datacare, from 1996.

On its website, EMS Healthcare said: ‘Our mobile medical units are at the heart of what we do, the frontline of our mobile healthcare business.’

A Department of Health spokesperson told Metro.co.uk: ‘With more than 700 test sites now in operation including over 250 mobile sites, NHS Test & Trace is helping to break the chains in transmission of coronavirus.

‘Ministers are not involved in procurement decisions or contract management and to suggest otherwise is wholly inaccurate.

‘We continue to ensure all contracts are awarded in line with procurement regulations and transparency guidelines.’