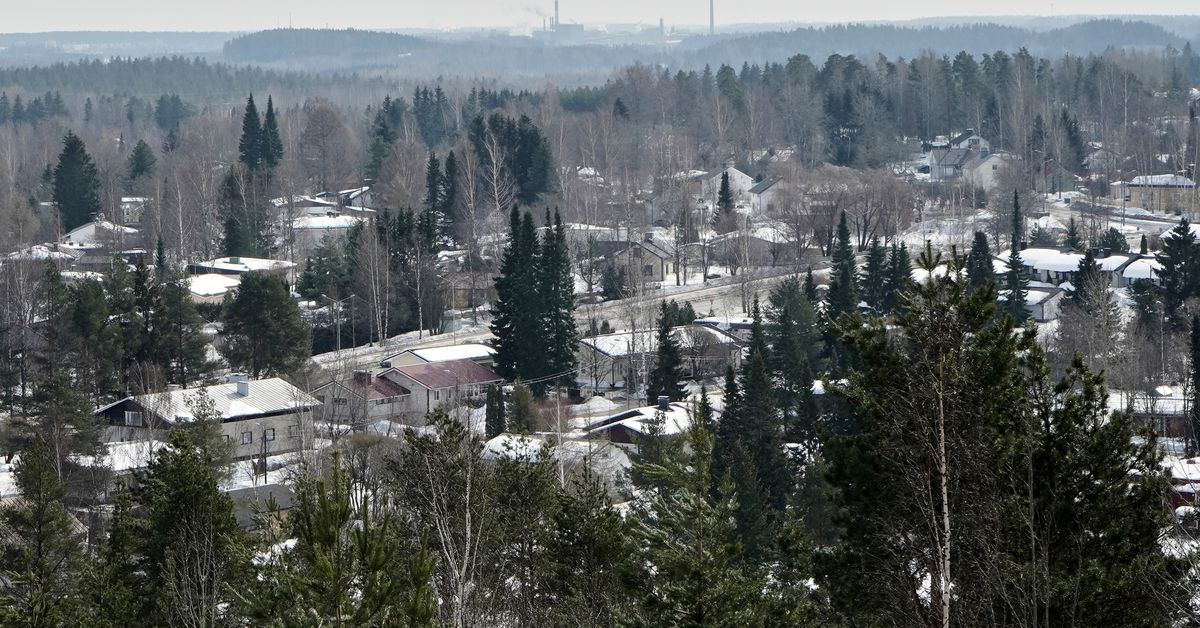 The once bustling border crossing of Imatra, on Finland's frontier with Russia, now stands idle as the town's inhabitants cast a nervous eye towards their giant eastern neighbour following its invasion of Ukraine.
Imatra, home to 26,000 people, is one of nine land crossing points along Finland's 1,300-km (810-mile) border with Russia.

Before the COVID-19 pandemic it had welcomed thousands of Russian tourists every week, arriving in Finland for shopping or spa trips or to visit friends and relatives.

Since Moscow launched what it calls a "special military operation" in Ukraine, however, Imatra has become concerned about the risk of less benign arrivals - a worry that has prompted Finland to consider joining NATO, in what would be a major pivot in its security arrangements.

"I am a bit fearful," said 81-year-old Marja-Liisa Kantokivi, who was evacuated to Imatra from the other side of the border when Finland lost about 10% of its territory after an attempted invasion by the Soviet Union in World War Two.

"I live two, three kilometres from here, in the first apartment buildings that you face when coming from their (Russia's) direction," Kantokivi said.

Finland long avoided disagreements with Russia for the sake of friendly relations, but Prime Minister Sanna Marin said on Wednesday it must be ready for all kinds of responses from Moscow now that Helsinki is weighing joining NATO. She said a decision on NATO membership would be made in the coming weeks.

In 2019, before COVID struck, foreign tourists made 1.9 million trips to the Imatra region. Almost all of them were Russians, generating more than 310 million euros in revenues for the region, data from TAK Travel Research Company showed.

"We now lose around one million euros every day because this interaction is lost," Kimmo Jarva, mayor of the region's largest city Lappeenranta, told Reuters, adding they had cut all ties with Russia after the attack on Ukraine.

Several shop windows stand empty in Imatra as public announcements from Svetogorsk bus station on the Russian side of the frontier drift across the deserted, still snow-covered border crossing.

Until 1944 Svetogorsk was known as Enso, heart of Finland's largest industrial region centred on a paper mill that was surrendered to Moscow after World War Two. In the 1970s Finns returned to renovate the mill for the Soviet Union.

The sharp deterioration in relations between Moscow and the West since Russia's annexation of Ukraine's Crimea peninsula in 2014 prompted some Russians to establish a foothold in Finland.

Anna and Alexander are from Russia's second city of St Petersburg, less than 200 km (124 miles) away, but now live in Imatra. They also own an art gallery in Lappeenranta.

The "pure" nature in Finland "is what gives strength and helps... It is like a temple," Anna told Reuters as she explained their decision to move and described her deep sadness about the war in Ukraine.

While southeast Finland has thousands of Russian-speaking residents, few are now willing to give interviews. Anna and Alex asked not to give their surnames, fearing possible difficulties when they go to Russia.

"In Finland we live as if in paradise," said Alexander.

"When I wake up in the morning and go out for a smoke," he added pensively, "it feels like nothing has changed but in reality the whole world is now different."

Another Imatra resident, Katri, also sounded a cautious note as she recalled her childhood in nearby Estonia when it was part of the Soviet Union before 1991 and had no freedom of speech. She cannot help feeling anxious about living so near the border.

"Maybe people should be prepared for the fact that we might have to leave quickly," she said.
#COVID-19  #Covid
Add Comment