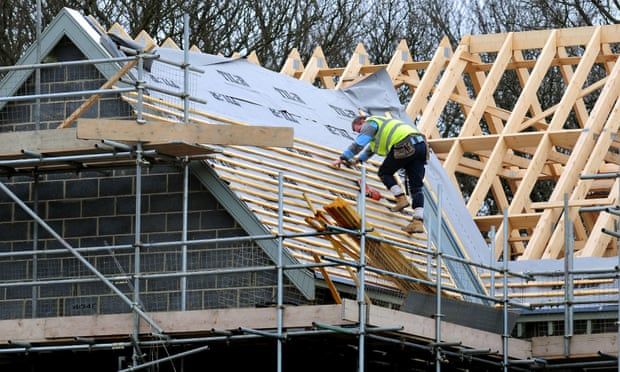 Analysis: longer mortgages would unlock the bind many renters find themselves in but could be expensive
A 50-year home loan might sound depressing to some, but perhaps not if the alternative is never being able to buy a property. Long-term fixed-rate mortgages are an emerging financial product that should in theory allow first-time buyers who are currently priced out of the market to get on the housing ladder.

By spreading the repayments over longer – the average for mortgages taken out this year is 29 years – buyers should be able to borrow up to eight times their income, rather than the current average of 3.2 times, say potential providers. The loans would be backed by borrowing from pension funds and insurance companies rather than against less stable consumer deposits, to satisfy the Bank of England’s prudential requirement.

A long-term fixed-rate mortgage could allow a household with a £50,000 annual income to borrow £400,000 instead of about £150,000, and thereby unlock the bind many renters find themselves in where they cannot get a mortgage on the property they live in despite repayments being lower than the rent.

It is an attempt to solve a serious problem. Last year full-time employees in England could typically expect to spend about 9.1 times their workplace-based annual earnings on buying a home; an increase from 7.9 times earnings in 2020, according to the Office for National Statistics.

Perenna, a new firm awaiting its licence, plans to offer the long-term loans. Its co-founder, Colin Bell, said: “Long-term fixed-rate loans really appeal to first-time buyers. One of the reasons they can’t get on the ladder is they don’t meet affordability tests that rightly have to take into account interest rate rises. They can get a mortgage, but it’s a small one.”

He said that as things stood lenders could make only 15% of their loans at a loan-to-income ratio above 4.5. The Bank of England would have to increase this for long-term fixed-rate mortgages to make them an option for more first-time buyers.

Fifty-year and other long-term mortgages would be transferable to other properties and, unlike conventional mortgages, could be bequeathed with a property after death, he said, though inheritance tax could be payable.

There are risks for consumers, said Nicholas Mendes, a mortgage technical manager at John Charcol, a mortgage broker. “The longer-term fixed rate could be more expensive over the course of the fixed-rate period,” he said.

UK Finance, the trade body for the banking and finance industry, said upsides included lower monthly payments and certainty over interest due. Downsides included paying more interest in the long term and building equity more slowly, and the mortgage term being likely to run into a customer’s retirement. It also said break charges could be higher.

Some fear initiatives such as long-term fixed-rate mortgages may be undermined by a lack of political drive to accelerate housebuilding, which could do more to solve the affordability crisis. About 340,000 new homes are needed each year in England, according to one estimate, compared with 216,000 built in 2019-20, the last year for which full figures are available.

“The government seems to be moving away from their commitment to build more houses,” said Paula Higgins, the chief executive of the Homeowners Alliance. “They are looking to stoke up demand through things like extending the right to buy [to affordable housing tenants]. But the reality is that average earnings and average house prices are getting further apart and we won’t be able to follow in the footsteps of our parents, when teachers and doctors were able to buy their own house.”

The impact of falling rates of homeownership has been socially significant. If the rate of ownership were to return to the level of the early 2000s, 1.4 million more families would now own their own homes. The political prize for a government that can reset that balance is considerable, but achieving it when house prices are rising at 10.5% a year remains extremely hard.
Add Comment