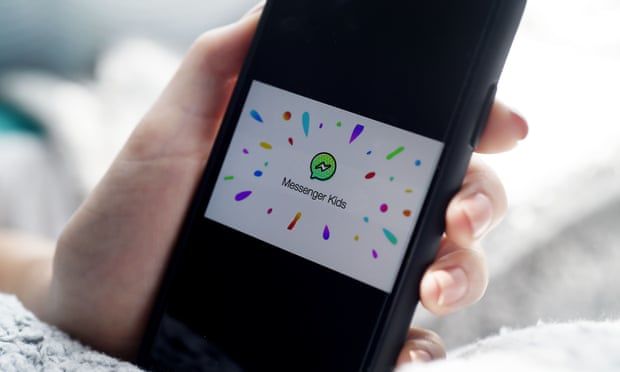 Fifth of young women and girls ‘cyber-flashed’ in past year, UK study reveals

Online sexual abuse of young women having ‘devastating impact’, says charity that commissioned research
More than a fifth of girls and young women in the UK have been ‘“cyber-flashed” in the last year and a similar number have faced sexual harassment, according to a study exposing endemic internet sexual abuse.

The polling of females between the age of 13 and 21 who use social media found that more than a quarter had experienced bullying and more than one in three suffered sexual harassment – behaviour against girls and women online that campaigners believe must be criminalised.

The abuse – which includes 16% of girls and women facing pressure to share naked pictures of themselves – is having a “devastating impact”, according to Angela Salt, the chief executive of Girlguiding, the charity that commissioned the research. Almost all of the 13- to 15-year-old girls who experienced the problems felt negative emotions ranging from anxiety to anger, depression and fear.

Those with disabilities were significantly more likely to have experienced sexist comments, bullying and pressure to share pictures of themselves compared to those without a disability. Only 15% of the 1,002 girls and young women polled last month believe social media is a safe place for them.

Eva, 11, told the Guardian she was bullied over Facebook Messenger aged nine, when school friends accused her of carrying out a sexual act with boys.

“I didn’t understand,” she said. “I was really confused by what they were saying”. Her mother, Emma, said she felt “physically sick” when she found the messages.

Ministers are already facing pressure to toughen up online safety legislation going through parliament. MPs on the digital, culture, media and sport committee have criticised a draft bill as not “clear and robust enough to tackle the various types of illegal and harmful content on user-to-user and search services”.

“Girls and young women should be able to use the internet freely, safely and without fear,” said Salt. “Sadly, our research highlights that there is still a long way to go before this is reality, which is why we are calling on the government to ensure violence against girls and women online and its devastating impact is recognised and included within the online safety bill.”

MPs have called for the bill to tackle content that is technically legal, including types of online violence against and women and girls such as tech-enabled “nudifying” of women and “deepfake” pornography, either through primary legislation or as types of harmful content covered by the duties of care of service providers.

It was reported this week that “cyber-flashing” – including the sending of “dick pics” – could be criminalised through inclusion in the Sexual Offences Act 2003, which means perpetrators could be included in the sex offenders’ register in England and Wales. It is already illegal in Scotland.

Eva,, from Whitby in North Yorkshire, spoke about her experience because she wants other girls to know they can tell an adult if they receive anything upsetting online. As well as being accused of sexual behaviour, her classmates also told her “if we were as ugly as you we would kill our parents and kill ourselves”.

“When I saw the messages I started crying,” she said. “Usually at school they were really nice and would play with me, but when we were online and I couldn’t see their faces and we were not in real life, they would always send rude messages.”

She would advise anyone being sent explicit pictures “or doing stuff you don’t like” to tell an adult.

“Many girls get sent these pictures or asked for pictures,” she said. “It’s nothing to be embarrassed about.”

Her mother, Emma, said that rather than banning her daughter from using social media, she took a course in how apps work and schooled Eva in how to filter and block content. She said she believes more parents need to understand the technology and spend more time checking their children’s phones.

Eva said she had now moved schools and was “really good friends with people who don’t bully me online”.
#Facebook
Add Comment