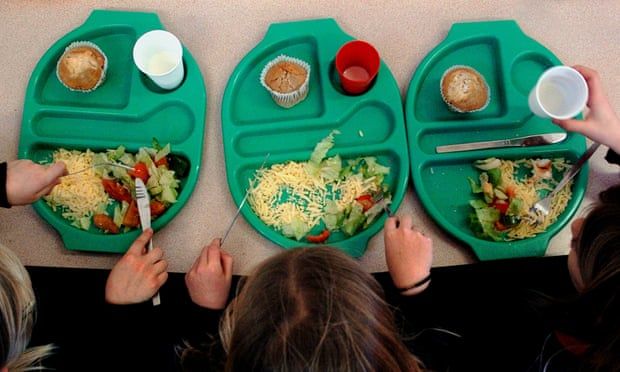 Teachers and charities say free meals needed for all state pupils as 800,000 children in poverty do not qualify

Hunger will be the “single biggest challenge” schools face as children return to classrooms in the coming weeks, sparking calls for the government to introduce universal free school meals to help tackle the crisis.

Already, 800,000 children living in poverty in England do not qualify for free school meals, according to the Child Poverty Action Group, and now headteachers are bracing for rising numbers from homes that cannot afford to feed them properly.

“Last winter, I already had a group of children who stood round the radiator outside my office every morning because they had no heating on at home and needed to warm up,” said Paul Gosling, head of Exeter Road community primary school in Exmouth. “We will have far more children turning up to school hungry.”

Gosling, who is president of the National Association of Head Teachers union, said his school was worrying about how to afford to keep the lights on, “let alone helping families”, but said he would not let any child stay hungry.

Jonny Uttley, CEO of the Education Alliance academy trust, which runs seven schools in Hull and East Riding, said: “This [food poverty] is the single biggest challenge schools will face. More and more children will turn up to school hungry. It will go well beyond the definition of free school meals now.”

He added that “even before the horrific energy cap rises”, he was planning measures such as breakfast clubs and uniform vouchers because of rising poverty in his schools. But now “the potential scale of the problem is so much worse”.

In England, all infant schoolchildren are entitled to free school meals from reception to year two, but beyond that only children whose parents earn less than £7,400 a year are eligible. But the rise in the price cap for the average gas and electricity bill to £3,549 a year from October will mean many who earn more than this will face a stark choice between food and heating. 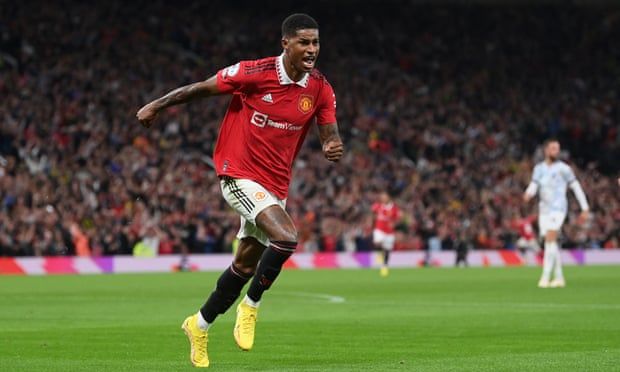 It took a campaign by Manchester United and England footballer Marcus Rashford to force Boris Johnson into a U-turn on extending free school meals to the lowest-income families during school holidays in November 2020. The reversal came after a storm of criticism from charities, the opposition and media from both sides of the political divide.

This summer, the government again funded local authorities to offer eligible children a free meal a day and free activities under its holiday activities and food programme. But Labour has slammed this for being a “part-time” initiative that operates just four days a week for four weeks during the summer holiday, leaving children hungry for the rest of the time. Charities are angry that the threshold for free school meals has not changed since 2018, despite soaring inflation.

Uttley believes the government needs to introduce universal free school meals because so many families will be in desperate need despite falling outside the government’s poverty threshold.

“The government did an extraordinary thing with furlough in the pandemic, because it had to,” he said. “It is difficult to see that child hunger isn’t as important as that and doesn’t require as radical a level of thinking.”

Richard Murphy, economic justice campaigner and professor of accounting at Sheffield University, said free school meals for all children in state schools was the only possible solution. “Within months we will be facing the worst economic crisis that anyone alive has witnessed,” he said. “The government must move rapidly and universally as the cost of not doing so is not just child poverty but child hunger, and that cannot be acceptable.”

The Welsh government has committed to rolling out free school meals for all primary school children by 2024, and ministers have said they will try to bring this forward. Ahead of the last Holyrood election, the SNP pledged to provide a free breakfast and lunch to all primary age children by August this year, although this has not yet been achieved.

A single mother in Tyne and Wear, who spoke to the Observer on condition of anonymity, said that although she is on universal credit and frightened about juggling food and bills this winter, her two sons are not entitled to free meals at their primary school because she earns £728 a month working part-time in education administration.

She said: “We already have thermals and fleece pyjamas so we can avoid putting the heating on. The kids have [free] swimming lessons, which we have factored in as a hair washing day to avoid running a bath at home.

“The cap for free school meals is far too low,” she added. “Apparently we are poor but not poor enough.”

He added: “Registration isn’t automatic. Parents have to tell the school and then go through a complicated process to apply. Often because of barriers such as language or fear of stigma, families don’t claim.”

A spokesperson for the Department for Education said: “More than 2,000 schools are currently signed up to the National School Breakfast Programme. We are investing up to £24m in the programme and expanded eligibility in January to reach more schools in disadvantaged areas.

“We are also providing 1.9 million children with free school meals, as well as welfare support for families in need through the household support fund.”