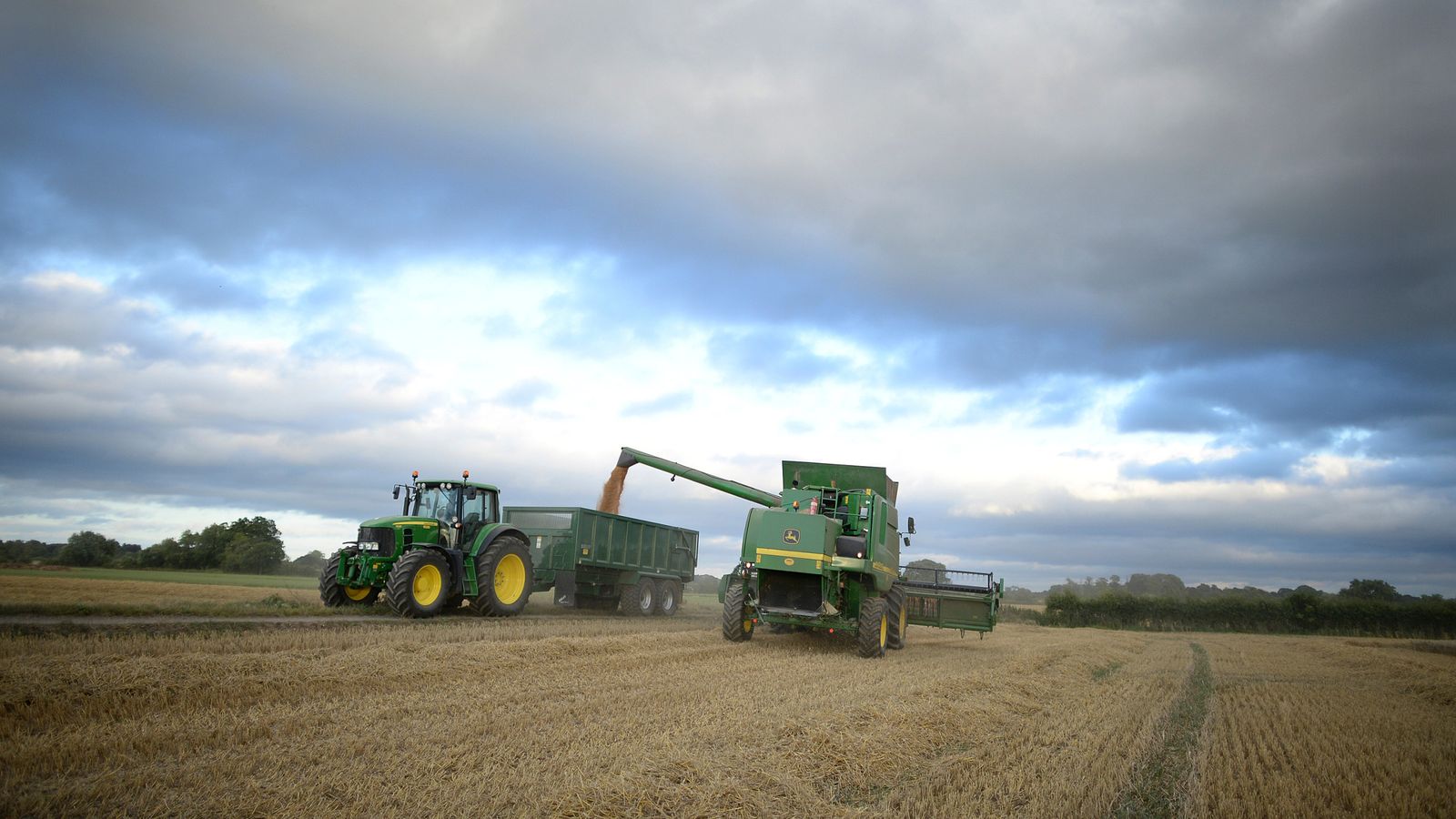 The government has revealed the first of three parts to its Sustainable Farming Incentive, which it says will bring the environment to the forefront of farming and reward farmers for being more green.

Farmers will be paid to look after soil on their land under a new incentive scheme to replace EU subsidies - but environmental charities have said it fails to protect nature and wildlife.

Bare, brown fields in England over the winter could be an image of the past if farmers take up the new incentive announced by Environment Secretary George Eustice today.

Under the Sustainable Farming Incentive, farmers in England will be paid to grow cover crops, such as autumn-sown crops and weedy stubble, on the fields they would usually leave bare over the winter before drilling seeds for the next growing season. 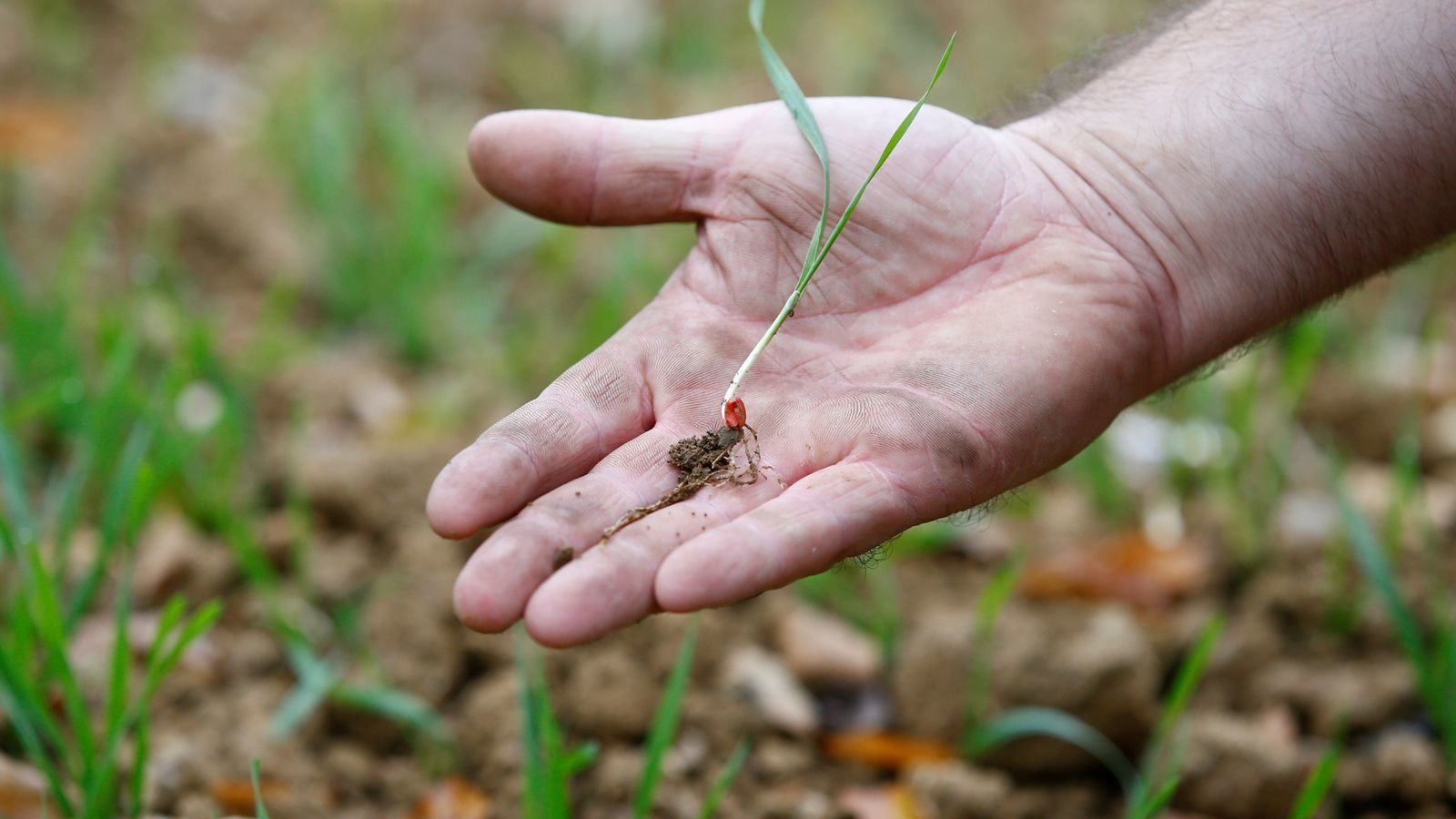 The new farming policy, the first part of three focused on the environment, will replace the EU farming subsidy that paid out more if you had more land, often benefiting landowners rather than farmers.

Farmers have generally welcomed the new environmental incentives, which aim to encourage biodiversity and prevent soil erosion, but there is concern those who earn a minimal profit will not be supported through the transition so could go out of business.

And leading wildlife charities The National Trust, the RSPB and the Wildlife Trusts said it showed a "shocking lack of ambition" and breaks Brexit promises to use farming subsidies to improve the natural world.

They said the new policy will not incentivise farmers to manage their land in more climate-friendly ways.

Announcing the policy at a farming conference on Thursday, Mr Eustice said: "It focuses on soil health because the health of our soils is critical to improving both biodiversity, water quality and the production of a healthy crop.

"We will pay a more generous payment rate than previous EU schemes. There will be fewer rules and more trust.

"We will never address the complex environmental challenges we have unless we incentivise changes across most of the farmed landscape and that is what we aim to do."

The new policy is not mandatory but is designed as an incentive so if a farmer chooses to plant green cover over the winter they will get a payment from the government, but if they do not then they will not get the payment.

It is also based on levels, so the more environmental benefit the more a farmer gets paid.

There are three focuses so far: arable and horticultural soils, improved grassland soils, and moorland and rough grazing.

Farmers will be given either £22 per hectare or £40 per hectare for planting green cover on arable and horticultural land, depending on specific environmental requirements, with the possibility of more money for higher standards from 2023.

For improving grassland soils, farmers will get either £28 or £58 per hectare.

Incentives for farmers improving moorland and rough grazing soil are not fixed yet but they are expected to initially get £148 per agreement per year plus a variable payment rate of £6.45 per hectare as well as subsidies from other current schemes to encourage environmental protection in those areas.

The government said it is looking at how the policy can reward organic farmers and those wishing to convert to organic systems, adding they will be "well placed to adopt the higher levels of ambition in the soils standards" - but noted they will not be allowed to be paid twice if they benefit from other similar schemes specifically for organic farming.

Mark Tuffnell, president of the Country Land and Business Association, called the announcement a "major milestone" for England's new agricultural policy and said the new schemes have the potential to be "the most progressive and environmentally responsible schemes of their kind anywhere in the world".

"Make no mistake, whilst many farmers are very supportive of the direction of travel, they are deeply concerned about the transition from the old regime to the new, particularly regarding imminent cuts to the Basic Payment Scheme," he said.

"Whilst high commodity prices in some sectors will help cushion the blow, we should remember that many farms operate on small profit margins.

"It is therefore incumbent on government to ensure every farmer is supported in the years ahead."

But Alice Groom, senior policy officer at the RSPB, said the two grassland standards are largely focused around "basic good practice" already being used and offer little reward for "farmers already trying to do their bit to help nature and tackle climate change".

She said the government has failed to set out how the scheme will contribute to meeting its own environmental targets, such as halting species declines by 2030.

Craig Bennett, chief executive of The Wildlife Trusts, said the policy does "very little to address the climate and nature crises".

He added: "There's so much that farmers could be rewarded for doing, such as restoring peatlands and employing ambitious measures to prevent soil and pollutants from washing into rivers - to help wildlife and store carbon.

"It's an absolute scandal that the government has failed to seize this unique and important opportunity to improve farming so it can help restore nature and address the climate crisis."