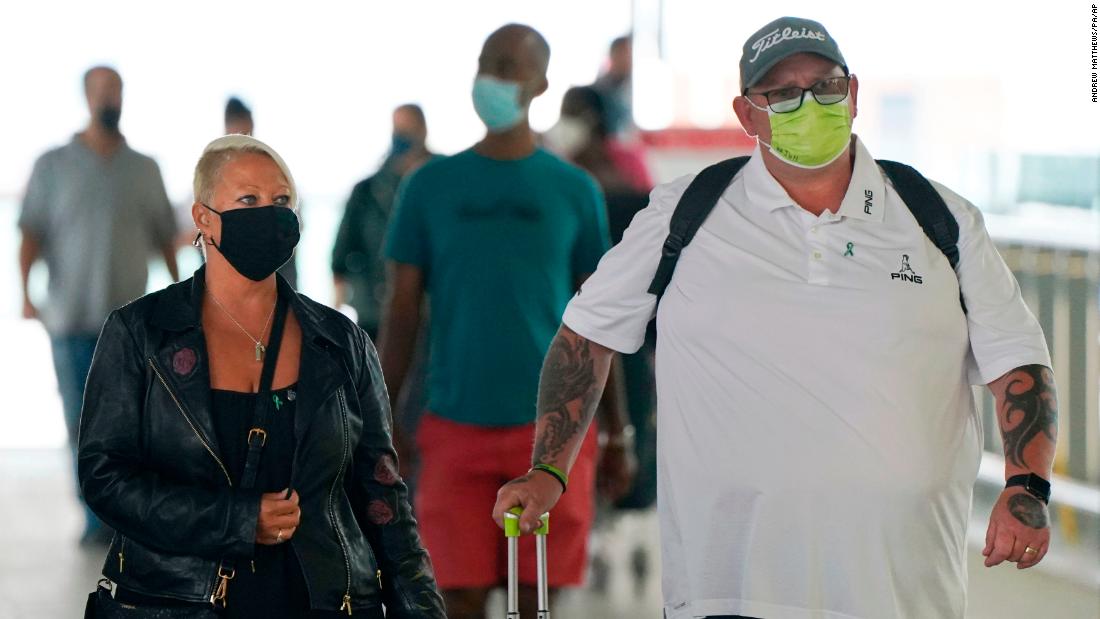 The parents of a British teenager killed in 2019 said Monday that they will strenuously oppose an attempt by the US government to keep secret the employment details of the woman accused in the traffic death.

Harry Dunn, 19, was struck and killed when Anne Sacoolas drove head-on into his motorcycle in August 2019 near to RAF Croughton, a military base in central England known to be used by US intelligence agencies.

Sacoolas does not dispute that she had been negligent and had been driving on the wrong side of the road when she collided with Dunn and has never contested her liability for the crash. Despite that, she was able to return to the US when diplomatic immunity was asserted on her behalf by the US government as the "wife of a US diplomat."

Sacoolas was later charged in the UK with causing Dunn's death by dangerous driving. An extradition request to return her to the UK for prosecution was rejected by the US State Department in January 2020 and she remains in the US.

Unable to secure justice for their son in England, Dunn's parents, Charlotte Charles and Tim Dunn, brought a civil lawsuit against Anne Sacoolas in the state of Virginia, where she lives with her husband, which is ongoing.

In February, at US District Court in Alexandria, Virginia, John McGavin, one of Sacoolas' lawyers, revealed that she was working for the State Department at the time.

In an exchange with the court, Judge T.S. Ellis asked McGavin: "Are you saying that Mr. and Mrs. Sacoolas were employed by an intelligence agency of the United States, and that's why she left?"

McGavin replied: "I think that was a significant factor, certainly" in her departure from the UK.

Previously, it had been public only that her husband, Jonathan Sacoolas, was working for the US government at RAF Croughton.

Since that time, lawyers for the Dunn family have been asking as part of the discovery process questions to uncover who she was working for, what her job was and if it had a bearing on the case.

In an unexpected move Friday, lawyers for the US government made a bid to suppress details of Sacoolas' employment in the interests of "national security," according to court documents publicly filed in Virginia and seen by CNN.

The motion states, "the United States seeks protection ... because of the impact the disclosure of information regarding the Government in this litigation could reasonably be expected to have on national security."

To support its proposed "protective order," the US government gave the court a classified "ex parte, in camera submission" containing national security information that only Judge T.S. Ellis presiding over the civil trial is allowed to see.

Friday's court filing was also the first time the US government admitted publicly that Anne Sacoolas, and not just her husband, "were employees of the United States Government at the time" of the crash.

This is significant as in 2019 Jonathan Sacoolas was known as an intelligence officer stationed as "administrative and technical staff" at RAF Croughton, a military base used as an intelligence-gathering hub by the CIA and NSA. But Prime Minister Boris Johnson's official spokesman told reporters in February 2021 that Anne Sacoolas "was notified to the UK Government by the US as a spouse with no official role."

The US government argues that the details of who Sacoolas was working for in England should play no part in the civil case because "information concerning the United States Government has little to no relevance to an adjudication of any remaining issues in this case."

The US government acknowledges in the court documents that the family already said, "they could agree not to elicit Defendants' employment titles, positions, and duties, they would not agree to a broader order." 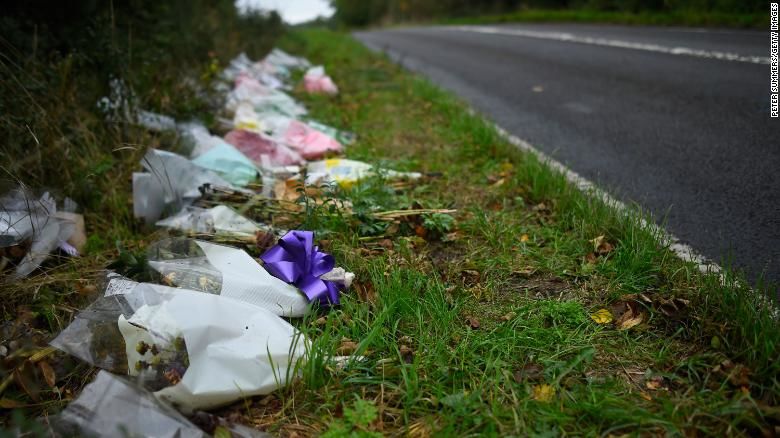 Flowers left in remembrance of Harry Dunn on the B4031 road near RAF Croughton in 2019.

Radd Seiger, adviser and spokesman for Dunn's family, told CNN on Monday that the parents believe the closely guarded work Sacoolas was doing is relevant to the case and says their lawyers will be opposing the US government application to keep it secret this week.

"Harry's family have no wish to learn of or reveal secrets that may harm the interests of either nation," Seiger said, "but the US Government lied to the British Government and the British people that Mrs. Sacoolas was only a spouse of a US intelligence officer based at RAF Croughton and failed to disclose who she really was."

Anne Sacoolas' employment with the US government could have also been significant if it had been known prior to her leaving the country. The US and UK agreed in the mid-1990s that American intelligence officers posted to RAF Croughton would not be able to claim diplomatic immunity for any criminal incidents that occur outside the US base.

If it had been revealed in the weeks after Dunn's death that Anne Sacoolas was employed by the US government in intelligence work, the family believes she may not as easily have been able to assert the diplomatic immunity of a spouse and leave the country.

Seiger told CNN: "The US Government clearly thought that they would be able to remove Mrs. Sacoolas from the UK and preserve her anonymity. They took Harry's family and the British public for fools."

"The mere bringing of this motion will again only serve to draw the attention of the media and the public to what is really going on, which is to minimize what happened to Harry."

Asked for comment, the US State Department referred CNN to the Department of Justice, which has not responded. CNN has also asked Anne Sacoolas' personal lawyer for comment.