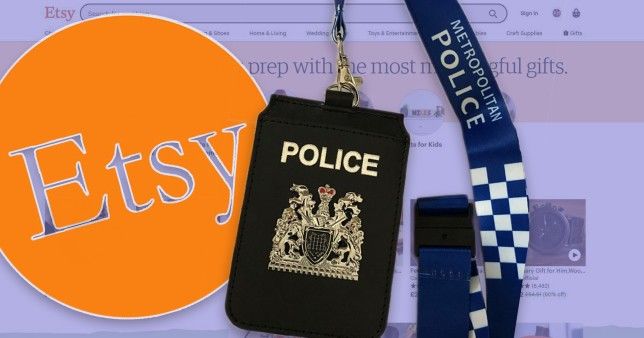 Shoppers could have purchased official-looking ID cardholders and badges for the Met Police and other forces from around the country until recently.

Metro.co.uk contacted the police, as well as the seller and the platform, asking how the items were available for sale.

None of them responded but the shop on the site has now disappeared.

Before it was taken down the business had made more than 500 sales and received a number of reviews in the last seven days.

From as little as £4.99 people could purchase an official-looking ‘printed Metropolitan Police lanyard.’

For £34.99 a lanyard and badge holder could be bought. Pin badges described as ‘ideal for serving or retired Met Police officers and staff’ were also available for less than £4.

While some of the items came with warnings saying sales were restricted to ‘serving or retired Met Police officers’ who could prove their credentials with a collar number, others did not. 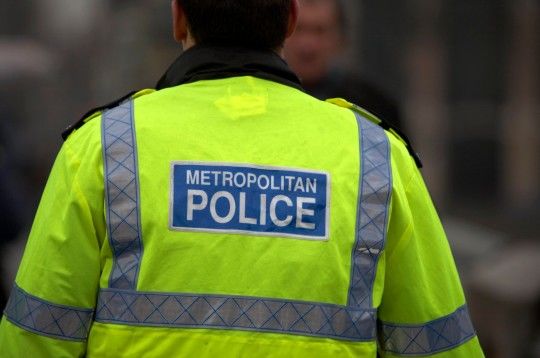 Equally, items were available to members of the ‘Met Police TV and Film Registration Scheme’ or a ‘verified Police Memorabilia Collector PMCC or PICA’ who could prove their membership when ordering.

Since the murder of Sarah Everard by a serving police officer, the issue of police identification has become a highly sensitive topic.

Couzens used his police ID to trick Sarah Everard into believing she was being arrested before abducting, raping and murdering her.

Couzen’s was sentenced to spend the rest of his life in prison, a punishment reserved for only the most heinous of murders. 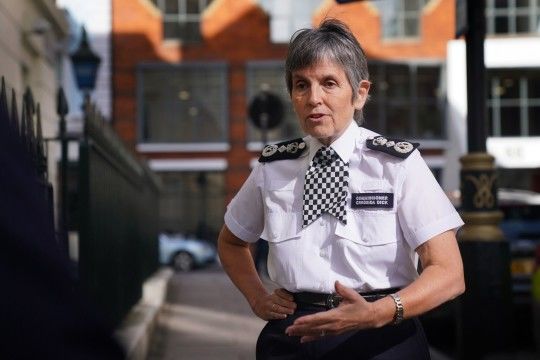 Lord Justice Fulford said the fact Couzens ‘used his position as a police officer’ to abduct the 33-year-old was justification for imposing the order.

In the wake of Couzen’s trial, the Met urged anyone and especially women to verify a police officer is who they say they are.

Police forces such as Wiltshire introduced ‘simple verification processes’ for members of the public to call control rooms to check a police officer was acting legitimately.

While Dame Cressida Dick said officers who stop lone women while not in uniform will have to video call back to their stations to prove their identity.