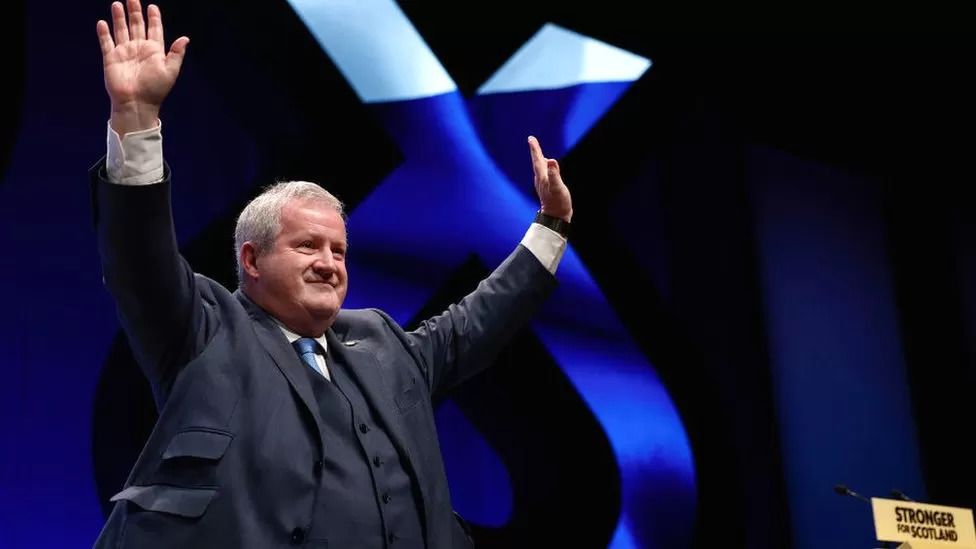 Ian Blackford has described Tory economic plans as a "nightmare".

The SNP Westminster leader said Liz Truss and Kwasi Kwarteng had made "the worst first impression in the history of British politics".

And he said the "inequality and incompetence of (the) Budget will go down as one of the worst financial interventions in modern history."

He told his party's conference that Scotland should not be "shackled to the Westminster shambles".

During his speech in Aberdeen, he said: "What was once 'fairytale economics' - used to bribe votes from Tory members in the summer - has become everyone else's nightmare this autumn and winter."

He laid down a challenge to Conservative MPs.

"Here's a test for the new Conservative rebels who are magically multiplying by the day.

"If they have any sense of morality - if they have any backbone - they will join with us in stopping any real-terms cuts to benefits and any return to austerity."

He added: "This is now broke, broken Britain. Your homes, your pensions, your incomes are not safe under Westminster control.

"It is a cost, a risk, a price that Scotland can't afford to pay any longer." 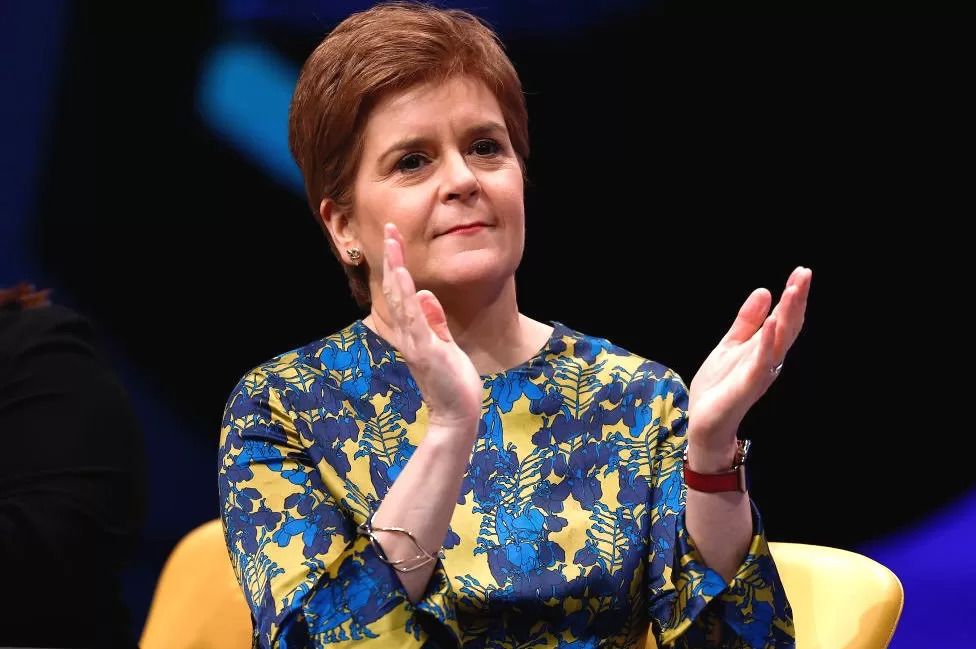 The three-day conference is the first in-person gathering of the party since before the Covid pandemic.

Earlier, deputy leader Keith Brown took aim at the UK government, saying that Liz Truss was a "symptom of the dysfunction at Westminster".

He said of Liz Truss: "She has delivered more chaos and confusion than even the most pessimistic prediction."

Watched by SNP leader Nicola Sturgeon, he went on: "In less than a month, she has tanked the economy; risked the pensions of millions; scrapped the cap on bankers' bonuses; announced and then U-turned on income tax cuts for the wealthy; created a debt crisis; and showed the world she is singularly unfit for the job.

"The chaos she has created is no surprise.

"She has been a Tory government minister for a decade, serving under Cameron, May and Johnson. From austerity to Brexit, she's been complicit in inflicting the worst Tory policies on the people of this country.

"It is a sobering thought that when the history of 2022 is written, it will record that Boris Johnson was not even the worst prime minister this year."

Mr Brown added: "What is clear is that Liz Truss is a symptom of the dysfunction at Westminster - not the cause.

"The very fact that she and her policy agenda was deemed acceptable to enter Downing Street in the first place speaks volumes."

The deputy leader made a call for members to be united and to campaign for independence with kindness.

He said the way the SNP conducts the campaign is an advert for the Scotland that he wants to see.

Mr Brown also said the Westminster system was beyond repair, claiming Labour were the handmaidens of more Tory rule.

He condemned Labour, describing leader Sir Keir Starmer as "just another Tony Blair" and accusing the party of being "as Trumpian as the Tories in their denial of Scottish democracy".

He told delegates: "It is an incontrovertible fact that the SNP has a cast-iron mandate to hold an independence referendum.

"But Labour always side with the Tories to protect Westminster control - no matter how high a price the people of Scotland pay. Labour supports the deeply damaging Brexit that Scotland did not vote for.

"I repeat, Labour supports Brexit, and stands against any Scottish aspiration for our country to re-join the European family of nations.

"And never forget, never forgive, that in 2014 it was Labour who championed the No campaign message that only a No vote would deliver economic stability."

Mr Brown announced plans for the party to enter into the "broadcasting arena".

"We will soon launch a new broadcast platform, with the first episode of this new show covering the debate over Scotland's future," he told the conference.

The show appeared to be a podcast named Scotland's Voices, with a one-minute clip including people from Glasgow reacting to the Prime Minister posted on podcast streaming platforms.

Nicola Sturgeon will deliver her keynote speech on Monday.