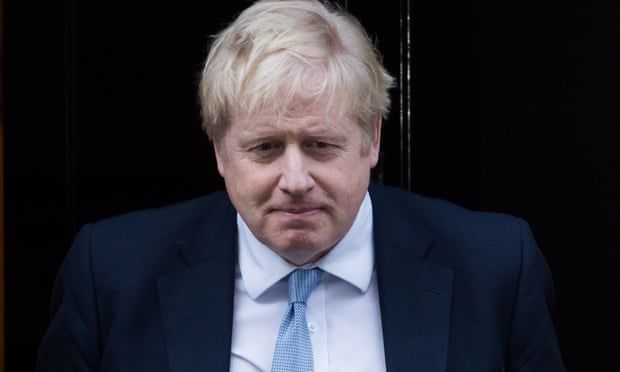 Faced with the Gray report, Johnson was left without honesty and without honour (not that he had any of it before)

As Starmer chose scorn, Johnson blamed everyone else. Much more of it and he would have denied all knowledge of being PM

Sometimes less is more. When the Metropolitan police finally got round to investigating the parties at No 10, after being presented with the evidence by Sue Gray, and then insisted she doctor her final report, it was generally assumed to be a win for The Suspect. The Greased Piglet escapes again after an establishment cover-up. Only Gray had other ideas.

Rather than punting out a whitewash, she just said: “Fuck you” and downed tools.

Gray wasn’t going to play ball. She was going to make clear there was no way she could submit a meaningful report when 12 of the 16 parties were subject to a criminal investigation.

At best, she could offer a partial update. Just 12 pages, two of which were blank and the others all an indictment of the prime minister’s operation.

It was no wonder everyone in No 10 was shattered during the pandemic. Who wouldn’t have been, with so many parties?

And it might be an idea to laminate Boris Johnson’s briefing papers to save them getting ruined with wine spills. Gray concluded her brief update by noting that NHS staff were working under appreciably more stress than No 10 and they weren’t out breaking the rules and getting trashed every night.

So it was a far trickier Commons appearance for The Suspect when he came to give his statement on the Gray report than he had hoped. He started by saying he was sorry. That was his first lie.

He wasn’t at all. He never is. Other than to be sorry for having been found out. And from that point, he just kept on lying. His main theme seemed to be: “If only everyone else could read the redacted parts of the report relating to the 12 parties – one of which was in my own flat – that are the focus of a police investigation then you, too, would see I was innocent.”

The Suspect blamed all those around him. There would be a wholesale restructuring of the entire No 10 operation. How many people would be fired? Precisely as many as were required for the Greased Piglet to retain his own job. Besides, now that he had skim-read the update a second time, he had come to the conclusion that Gray was basically exonerating him of all wrongdoing. He was that mendacious. That delusional.

In reply, Keir Starmer was at his most damning. Often at prime minister’s questions, the Labour leader has used humour to expose the absurdity of The Suspect’s lies. Now he chose outright contempt. Scorn for a leader who had brought shame on himself, his country and his ministerial colleagues without the self-worth to stand up to him and have trashed what little integrity they might have had.

What part of a prime minister being investigated for an illegal party in his own flat did he think was OK? Johnson was left without honesty and without honour. A moral black hole that destroyed all those around him. When would the Tory party rediscover some decency? Hell, it wasn’t as if much was needed. The government benches were eerily silent as the Labour leader spoke. Maybe the truth was slowly seeping into their consciousness.

Now The Suspect really began to lose it. First he accused Starmer of failing to prosecute Jimmy Savile as director of public prosecution. Another outright lie.

One that seemed too much even for his own frontbenches as various ministers seemed to be having second thoughts about having come to the chamber to offer their support and were looking to leave.

Then, Johnson claimed that he alone was propping up Nato against a Russian invasion of Ukraine. This at the time his first ever phone call to Vladimir Putin was being cancelled because The Suspect was too busy saving his career. The reality is that he’s seen as a joke around the world. The UK’s own Berlusconi.

It was almost as if Boris was punch-drunk. Unable to connect with reality. Much more of it and he would have denied all knowledge of being prime minister and it was up to the police to decide who was actually living in the Downing Street flat. Come to think of it, that shark had already been jumped. The Suspect lives in various multiverses in which there are any number of realities he might have lived. So when he says he stands by what he said, that phrase no longer has meaning as there are too many versions to pin down. He is the postmodern prime minister.

A shambling exhibit of well-past-his-prime performance art. An embarrassment to everyone but himself.

A more considered, self-reflective Johnson might have at least pretended to be more apologetic. Instead he just laughed and toyed with the toddler haircut, as opposition MPs made the error of asking him to tell the truth.

The SNP leader, Ian Blackford, achieved his objective of getting red-carded from the chamber for calling Johnson a liar and saying he had deliberately misled parliament. This was a through-the-looking-glass moment. Blackford goes for telling the truth. Johnson stays for lying.

There were some unhappy Tories. Theresa May said The Suspect could either have failed to understand the rules or thought they didn’t apply to him. Andrew Mitchell formally withdrew his support. Aaron Bell wondered if Johnson thought all those who obeyed the rules were fools. Mark Harper wanted Gray’s final report published when the time came. Something to which Johnson would not commit. Though within minutes of the statement ending, a spokesperson said he would, unless he could think of a way not to.

Otherwise, the few Conservatives who did have something to say – most kept quiet and long before the end it was only opposition MPs doing the talking – could only talk nonsense. Voters were fed up with stories of cake and parties. What they were crying out for was a wholesale reform of the civil service in No 10.

Natalie Elphicke was so moved by Johnson’s contrition she begged him not to go easy on refugees. Keeping it classy.