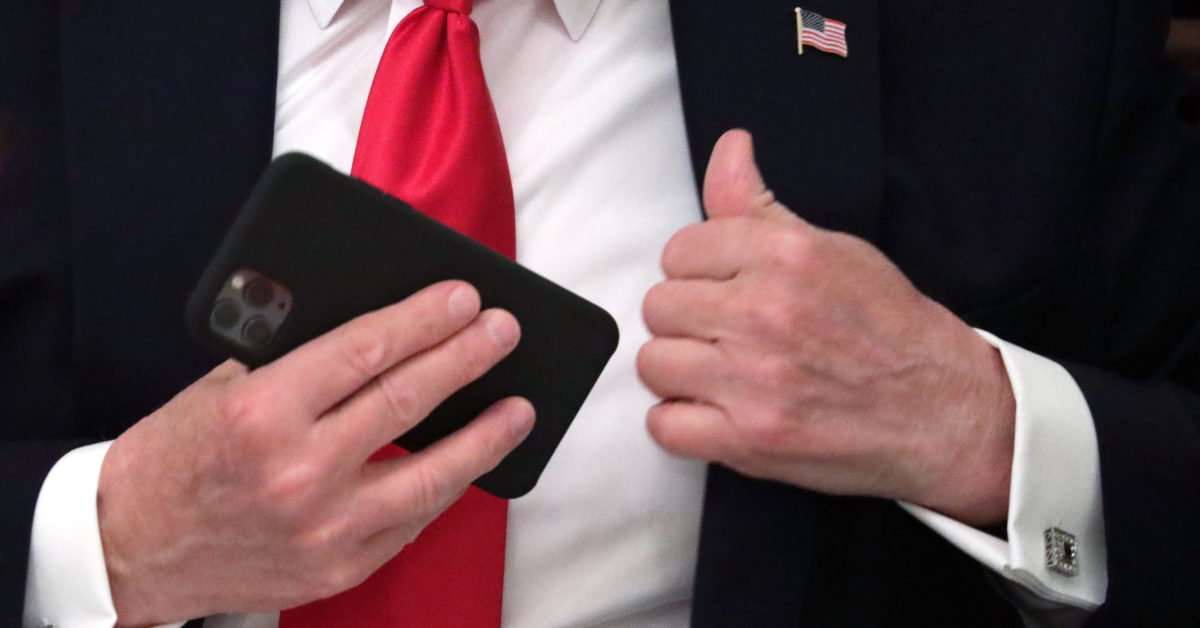 Facebook braces for showdown with world leaders after Trump ban

From Jair Bolsonaro to Boris Johnson, world leaders have an acute interest in Facebook’s next content decisions.

Facebook's problem with world leaders is about to get a whole lot worse.

In India, the government passed rules to give itself a greater say over what's posted on social media. In Poland, lawmakers drafted proposals to stop Facebook and others from deleting potentially harmful posts or banning people who broke their community standards. In Brazil, Jair Bolsonaro, the country's populist president, threatened to do the same after the local supreme court ordered Facebook to ban several of his top allies.

Into that political quagmire steps the so-called Oversight Board: a group of outside experts that demanded Facebook decide within six months if Donald Trump should be allowed back onto its platform. In its ruling, the body made it clear that politicians and other influential users should not be treated any differently compared to everyone else on social media.

“Political leaders do not have a greater right to freedom of expression than other people," said Helle Thorning-Schmidt, the former Danish prime minister and co-chair of the Oversight Board.

Yet even before the ink is dry on that decision, Facebook is facing a drumbeat of new rules around the world aimed at hobbling its powers to hold political leaders accountable for what they can say to their millions of online followers. Many run counter to the Oversight Board's claims that all content that breaks the company's content rules, especially if it comes from senior politicians, should be swiftly removed from the global platform.

The proposals will lead to an inevitable showdown between Facebook and global leaders, many of whom believe the American tech giant has become too powerful in deciding how elected officials can communicate directly with would-be supporters. Countries from Mexico to Turkey want to give politicians, not social media giants, the right to decide on what and who can post online.

That tension has been simmering for years. But the recent Trump ruling has again rekindled the fight over who should have the final say over what is posted on the world's largest social network. The outside group determined the former U.S. president's comments around the Capitol Hill riots had broken Facebook's rules but also chastised the company for its "vague, standardless penalty" for banning him for an indefinite period.

The relationship between Facebook and its Oversight Board — a collection of human rights experts, legal scholars and former politicians — will come to a head in coming months as the expert group is due to judge a new round of claims involving world leaders and their followers. In particular, the Oversight Board is expected to be asked to judge whether other leaders broke the platform's rules when using it to speak to their supporters.

"At some point, these types of questions are going back to the Board," said Evelyn Douek, an online free speech expert at Harvard University’s Berkman Klein Center for Internet & Society. "If it's not Trump, it will be another global leader."

The tech giant is acutely aware of the bind it now faces — and the challenges the Oversight Board's Trump ruling created.

Nick Clegg, the former British deputy prime minister and the company's chief global lobbyist, told POLITICO that the experts had muddied the water in their decision by both claiming that political speech in democracies should be treated differently so that voters could make informed decisions, and that all content should be treated by the same rules.

"I don't think they were fully resolved," he said. "On one hand, they recognized that political speech is rather atypical speech, and on the other hand, they were also saying: but there should be nothing different about politicians compared to others with significant reach. So we have to grapple with that."

Facebook has until June 4, at the latest, to respond to the experts' nonbinding recommendations on how to treat content posted by global leaders and other influential users. Those suggestions included greater clarity to all users on how the company made decisions about removing content and an internal audit of the tech giant's own role in promoting falsehoods around electoral fraud in November's U.S. election.

Yet Thomas Hughes, the Oversight Board's director, told POLITICO that the group's guidance had been clear. Facebook, he said, should treat all content the same, but must also weigh the potential harm of keeping posts online from politicians that may have broken the company's rules. The key was providing greater transparency on how the social media giant made its decisions on removing or reinstating specific material.

When asked how the group would rule on content flagged from a country with its own social media rules, the former human rights campaigner said the Oversight Board would not shy away from adjudicating against such legislation if it did not comply with existing human rights standards.

Under the group's bylaws, it cannot take on cases that lead to either criminal liability or "adverse governmental action" against Facebook or the Oversight Board. But Hughes said there was scope to judge content in authoritarian or democratic regimes where governments were trying to suppress opposition.

"If repressive country X decides that a particular user on Facebook shouldn't criticise the leader for whatever particular reason, and there's a law that says that, that is not a law the board is going to uphold," he said without naming any specific countries. "It's not a sort of law the board is going to say well that's a really good legitimate restriction on expression that fits with international human rights standards."

It did not take long for Brazil's Bolsonaro to respond to the Oversight Board's decision against Trump.

Days after the ruling, the populist leader, whose online swagger and peddling of COVID-19 falsehoods have drawn comparisons to the former U.S. president, announced plans to revamp the country's internet rules to sanction social media companies that either flag or remove content favorable to the Brazilian president. Facebook, Twitter and Google's YouTube have previously removed some of Bolsonaro's posts for promoting misinformation about the ongoing pandemic.

Sérgio Lüdtke, editor of the Comprova Project, a coalition of 24 media outlets that fact-checks content about public policies in Brazil, said the country's president was likely bluffing on his threats to rewrite Brazil's rules. But, he added, Bolsonaro was trying to protect his social media accounts, which have tens of millions of followers, ahead of next year's general election because they were a direct way to communicate with voters increasingly disenchanted with how he's leading the country.

"To Bolsonaro, it is essential to preserve the immense social capital that these accounts have accumulated in recent years," he said in an email. "There is a high expectation about what will happen to his accounts since he has made many posts that go against Facebook's rules."

It's not just Brazil.

Last week, the United Kingdom proposed social media laws that include hefty penalties for the largest companies if they don't take action against illegal content like online extremism and so-called harmful material like misinformation and self-harm videos. British officials, though, included provisions that would stop Facebook and others from removing posts viewed as "democratically important," including content from politicians and the country's government.

For Rasmus Kleis Nielsen, director of the Reuters Institute for the Study of Journalism at Oxford University, countries worldwide are split in their approaches to social media companies and how they should deal with content used to communicate directly with voters.

For some, he said, the focus was on complaining that tech giants should do more to stop the spread of potentially harmful behavior, without passing new legislation to force them to do so.

For others, there was a push to create new rules that would take the final say out of the hands of these tech companies. Yet even those laws do not necessarily answer the question of whether Trump's posts around the January 6 riots should have been allowed to remain online.

"Politicians are hung up around the fact that Facebook, as a company, had the right to make a decision about Trump's account," he said. "They've developed an interest around online content just when it starts to affect people like them."