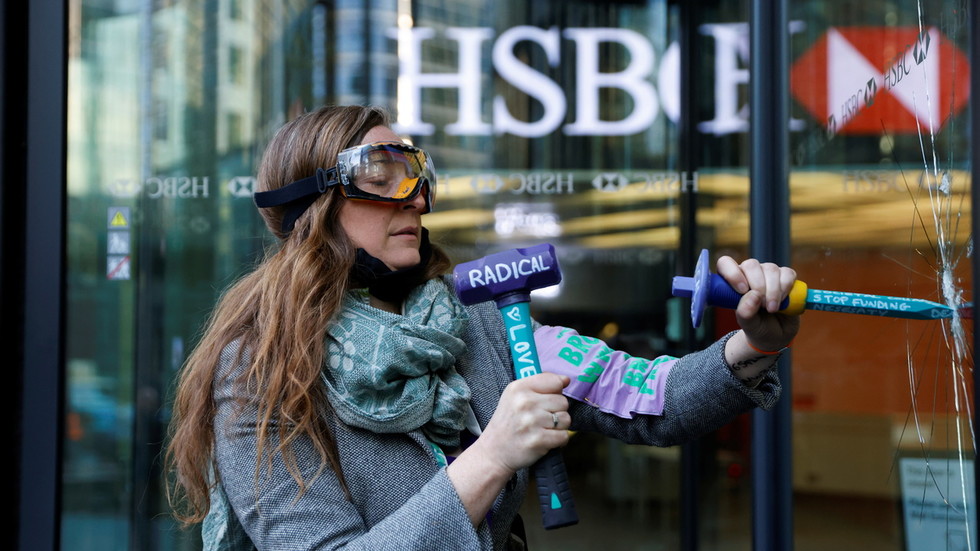 A group of female climate activists protested outside the headquarters of HSBC in London, breaking multiple windows and staging a sit-in over the bank’s involvement in financing the fossil fuel industry.

Nine women affiliated with the Extinction Rebellion group and Burning Pink political party showed up in Canary Wharf early Thursday. Valerie Brown, who is currently running for mayor of London, was seen among the activists.

The group targeted the HSBC building, breaking a number of windows with hammers and chisels. They also plastered stickers reading ‘£80 billion into fossil fuels in the last 5 years’ on the windows of the bank. The women wore patches reading ‘Better broken windows than broken promises’, in a reference to the early 20th century direct-action protests by the Suffragettes.

After vandalizing the bank, the activists staged a sit-in protest, expressing their anger over HSBC’s involvement in the fossil fuel industry. The bank is the second-largest financier of the fossil fuel industry in Europe after Barclays. The latter was targeted by Extinction Rebellion in a similar window-smashing protest early in April.

The protesters were confronted by security guards, and a sizeable police force eventually showed up. The women did not resist and were led away by police, footage from the scene shows. 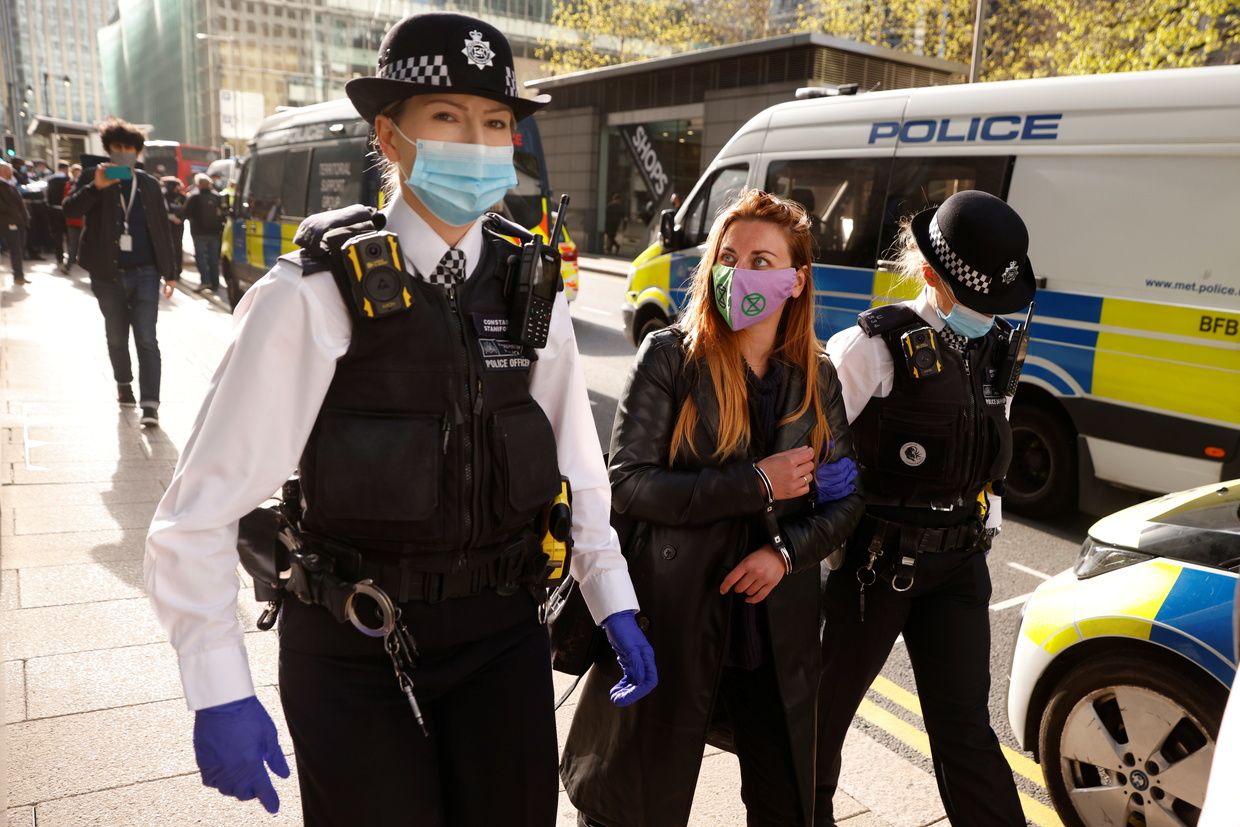 Police officers detain an activist from the Extinction Rebellion during a protest outside HSBC headquarters.

HSBC has not only faced pressure over its links to fossil fuels from climate activists, but its own shareholders as well. In early March, the bank adopted a new climate goal, bowing to the shareholders’ pressure. HSBC is now seeking to phase out its financing of the coal industry in the developed world by 2030, and in the developing world by 2040.

The new commitments went even further than the net zero carbon emissions goal announced by the bank last October, saying it has the “ambition” to reach carbon neutrality by 2050. The announcement, however, faced backlash for its vague wording and for not directly addressing the financing of the fossil fuel industry.