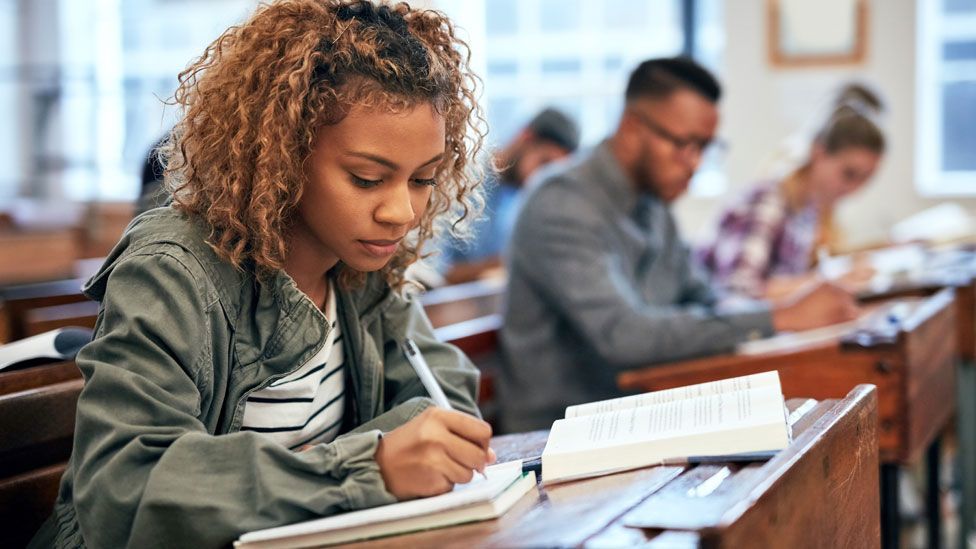 Gavin Williamson said exams in 2022 would need to be altered so that pupils would not be at a disadvantage.

This summer's exams have been cancelled - but he said the expectation was for modified exams to run next year.

Facing questions from MPs on the Education Select Committee, Mr Williamson said changes were being considered to next year's exams to "ensure that there's fairness and there's the right level of support".

"I very much expect there to be adjustments and mitigations to be put in place.

"Those youngsters who are currently in Year 10 and Year 12 will have suffered disruption as a result of the pandemic," he said.

As such, Mr Williamson said it was not possible to "immediately switch back to the situation as it was back in 2019", in the exams taken before the pandemic.

The education secretary suggested that some of the ideas which would have been used for this year's exams, before they were cancelled, could be applied.

Those included slimming down some of the subject areas to be tested, pushing back the dates of exams to increase lesson time, and looking at ways of reflecting that students would have covered different amounts of their courses.

"We'll look at a similar set of measures that can be brought forward in order to support pupils as they take assessments," he told MPs.

Head teachers' leader Geoff Barton said it was right to "prevent these young people from being disadvantaged by this turbulence".

"There is also a big question over what happens in September if educational disruption continues next academic year, because this too will need to be taken into account in terms of next summer's exams," he said.

Committee member Caroline Johnson asked about grade inflation this year - and whether pupils would get a fair outcome if many high grades were awarded.

The MP said parents had also told her there were more replacement assessments being taken than if exams had gone ahead.

Mr Williamson said that exams had been cancelled with "incredible reluctance" but that replacement measures were in place to ensure consistency and fairness.

"Looking across all the different routes that we could take, we felt that teacher-assessed grades, putting our trust in teachers, was the absolute best approach," he said.

Teachers' grades have been submitted to exam boards - but Mr Williamson said he had no early sight of how grades were looking, and there was no data yet to show whether grades were going to be higher.

MPs also pressed on the question of catch-up funding - after the catch-up tsar, Sir Kevan Collins, resigned over a lack of financial support for his plans.

Ian Mearns warned of a "half-hearted" commitment to schools, when proposals for a £15bn catch-up initiative only delivered £3bn, including new and previously announced funding.

Mr Williamson suggested there would be further support for schools, but that would depend on the next spending review.

The education secretary also told MPs that plans for a register of home-educated children would be announced imminently. A consultation on such a register was launched more than two years ago.