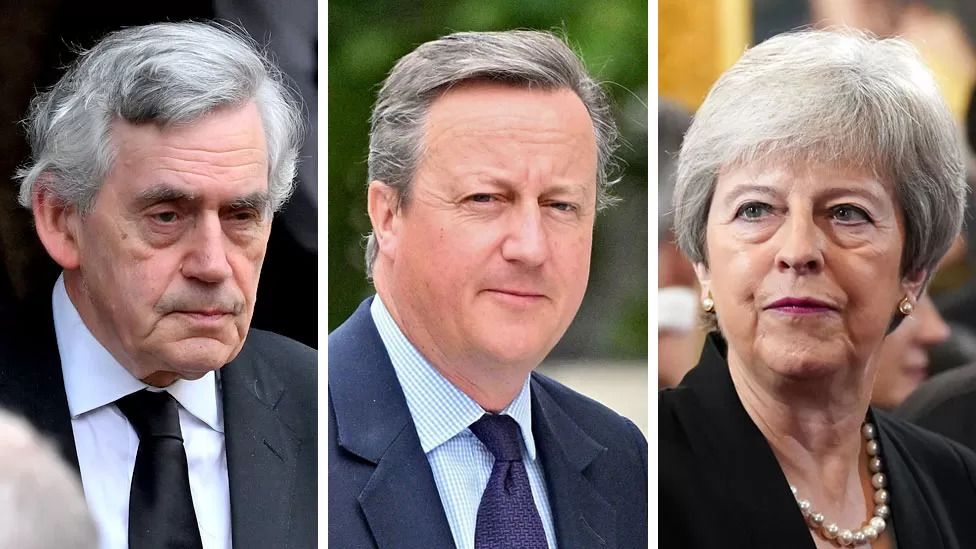 There is a tiny special club, a powerful group who knew Queen Elizabeth in a particular and private way - her prime ministers.

They all used to speak to her in person for an hour or so each week. The monarch was their confidant of sorts, an adviser providing a shrewd ear.

For this week's programme I've been speaking to Gordon Brown, David Cameron and Theresa May, the Queen's 11th, 12th, and 13th prime ministers, about why it matters, their memories of one monarch, and their hopes for the next.

The Queen always would have "done her red boxes, read government papers" and would be well-versed in the dilemmas of government decisions, said Mrs May.

Her predecessor, Mr Brown, joked that sometimes he had been "embarrassed" by the extent of her knowledge, recalling that on one occasion she had more up to date information about a particular Commonwealth country than he did.

Mr Cameron described the Queen as the "world's greatest public servant" with a profound understanding of what was going on at any one moment.

All three former PMs told me they benefitted enormously from her long years of experience that she shared with them in private - a sense that whatever the problem of the day, she could provide advice and a sense of proportion.

They all emphasised the new King's long years of preparation and knowledge of the role he now occupies, with Mr Cameron telling me the then-Prince Charles, during what he called "the longest apprenticeship in history", had practised holding audiences with him while his mother was on the throne.

Looking to the future, Mr Brown said he felt King Charles - in his televised address to the nation on Friday - had carefully sent a message to the country that his priorities would change, leaving his charities and causes to others to take on.

Yet what stood out in our conversations were their personal encounters with the Queen.

For Mr Brown it was the time she told the corgis to "shut up" in front of his young sons. For months after, they would defend themselves when being told off for using the phrase by saying: "If the Queen says it, why can't we?" 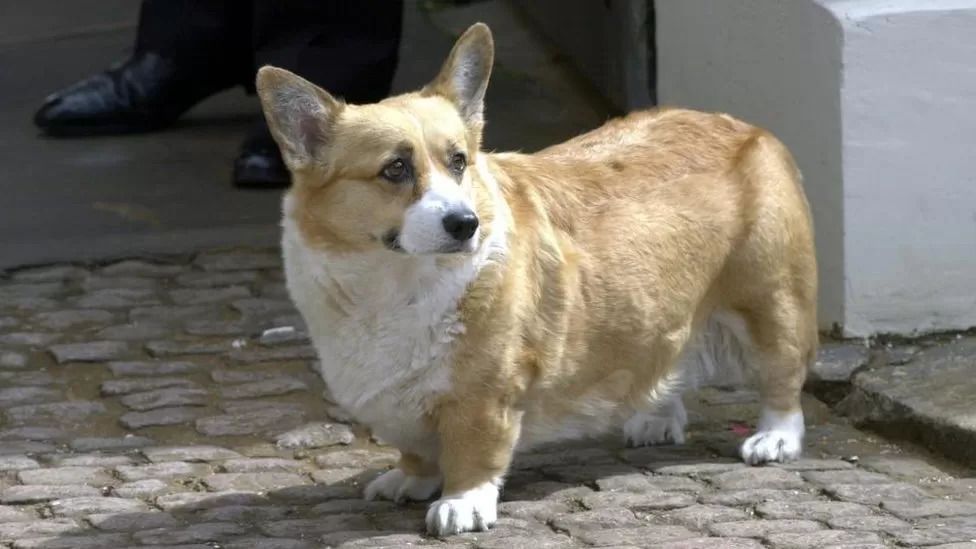 Mr Cameron recalled the time he got lost on the Balmoral estate but was found by the Duke of Edinburgh - travelling at speed in his Land Rover across the moor - and how at state occasions, his wife Samantha always wanted to sit next to the then-Prince Charles because he was the most fun companion for a long, formal evening.

Mrs May remembered with laughter the time she dropped the cheese at the Balmoral picnic, then put it back on the table even though the Queen was watching her every move, and how at those Highland weekends the monarch would sit happily playing patience on her own while her guests mingled around her.

These politicians knew the Queen well, but our conversations echo how many members of the public perhaps felt - the most formal, yet familiar too.

The monarch with golden robes and a jewel-laden Crown - but a friendly face in a difficult moment.

The most experienced and knowledgeable diplomat the country has ever seen, and the party host clearing up the barbecue. The head of state of the sixth biggest economy in the world, but also a great-grandmother at ease with Paddington Bear.

On our show last week we interviewed the woman who was the last politician to have the traditional audience with the Queen. It's fitting perhaps that the last formal photograph of her showed that vital encounter with Liz Truss.

The new PM and the new King are now the next to fulfil this tradition. It's hard to fathom how much has changed in just seven days. But the connection, the importance of the conversations between the inhabitant of the Palace and the prime minister goes on.

Watch: Mr Cameron told the BBC that Charles had served “the longest apprenticeship in history”