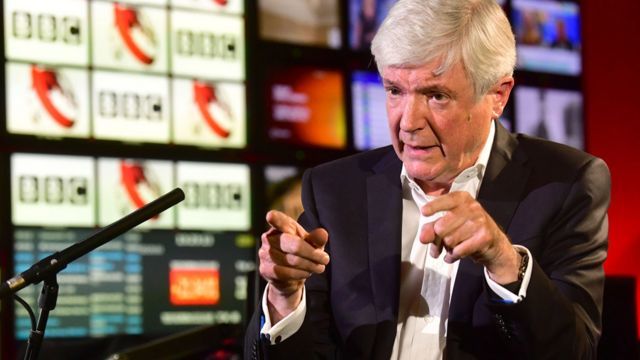 A former BBC director general has said it was the "wrong judgement" in hindsight not to sack Martin Bashir over his behaviour in the run-up to his 1995 interview with Princess Diana.

At the time, Tony Hall investigated Bashir's faking of bank documents over questions about whether the reporter had used them to secure the scoop.

He told a committee of MPs: "We trusted him and we clearly shouldn't have."

Committee chairman Julian Knight said there had been "a failure of morality".

Lord Hall was head of news at the time of the princess's explosive interview, and his subsequent investigation concluded that Bashir was an "honest and an honourable man". 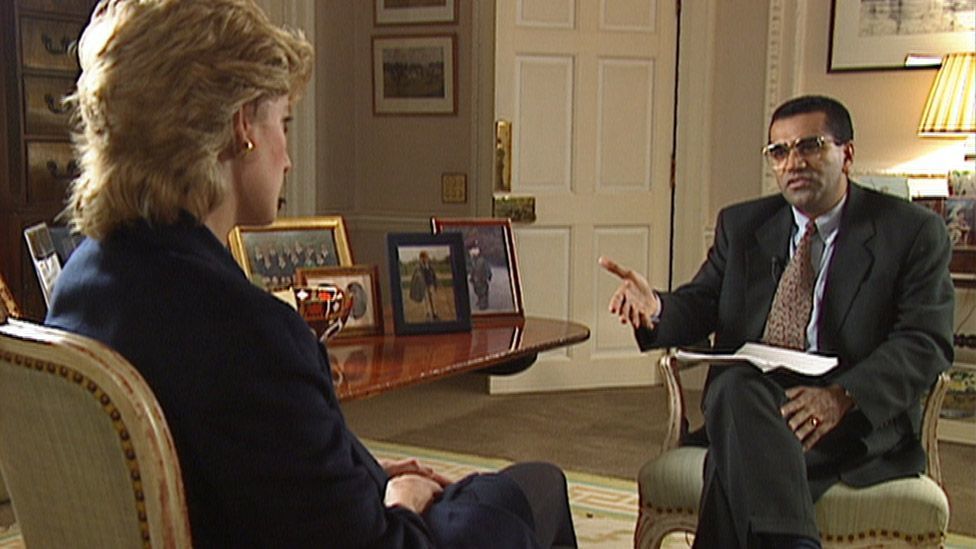 He told the Digital, Culture, Media and Sport (DCMS) committee on Tuesday that he knew he had been lied to on multiple occasions by Bashir when he conducted the internal investigation in 1996.

He said Bashir had ended up "contrite and in tears" when he "quizzed him really, really hard" about the matter at the time.

"He appeared to us that he was contrite, inexperienced and out of his depth and that is why in the end rather than sacking him, and I can see the reasons for that, he was given a second chance."

Bashir admitted to his bosses that the statements had been mocked up, but repeatedly denied showing them to Diana's brother Earl Spencer.

He had done, and Earl Spencer has said Bashir was trying to "groom" him in order to get to his sister. It was Bashir's first breach of the BBC's guidelines, Lord Hall explained.

'Bashir took us all in'

"Do you say, that's it, farewell, you're sacked? Or do you say, all right, you're remorseful, you understand it, we'll give you a second chance? And that's what we did, and we did it having talked to him 25 years ago.

"Now, in the light of what I now know about Bashir, was that the wrong judgement? Well, yes it was. But we trusted him, and we clearly shouldn't have done."

He said he wasn't "trying to conceal anything", and added: "We were lied to, and our trust was misplaced and, bluntly, Bashir took us all in, from the director general down to the programme editor."

But Mr Knight criticised the decision to blacklist Matt Wiessler, the graphic designer who mocked up the documents and tried to raise the alarm, but not sack Bashir.

Lord Hall said: "I regret the language that we used about Mr Wiessler and I think we could have managed it better."

Mr Knight also said it was "utterly extraordinary" that the BBC would re-hire a "known liar" as religious affairs correspondent in 2016, when Lord Hall was director general.

"We didn't know 25 years ago the scale of what Martin Bashir had done to gain access to the Princess of Wales, through Earl Spencer," Lord Hall said. "If we knew then what we know now, of course he wouldn't have been re-hired."

Lord Hall also he was "sorry for the hurt caused" to the Royal Family by the scandal.

After the Dyson Report was published, Prince William, Diana's son, said she was "failed not just by a rogue reporter, but by leaders at the BBC who looked the other way rather than asking the tough questions".

Current director general Tim Davie described the prince's comments as "a very low moment" for the BBC, and revealed he had since held private meetings with the royal household.

The committee also quizzed John Birt, who was director general at the time of the interview.

Lord Birt called Bashir "a serial liar on an industrial scale" and "a very skilled confidence trickster". His actions were "one of the biggest crimes in the history of broadcasting", he added.

Steve Brine MP suggested to him that the interview "sparked a train of events" that ended with Diana's death in a car crash two years later.

Lord Birt replied: "It is a tragic occurrence, it is an absolute horror story, and it should never have happened.

"And it is a complete embarrassment that it did happen. My heart goes out to the sons of Princess Diana, but none of us can truly speculate and understand what the consequences were."

But Lord Birt refused to apologise to Mr Wiessler, saying he didn't "understand enough of what happened".

Lord Hall cut a very pained and anguished figure today. Coming under a sustained ad hominem attack from John Nicolson MP, he said he hoped this scandal wouldn't colour his 35 years of public service, at the BBC and beyond.

The sad truth for him is that endings have disproportionate weight in human psychology. The likelihood is that Lord Hall - an effective and popular Director-General - will indeed have his legacy not just coloured but stained by this episode.

His tactic - one Rupert Murdoch honed at a select committee a decade ago - of stating his regret and apologising at the outset set the tone for what followed. He repeatedly argued that his failure was an excess of trust. He trusted Bashir, a liar. He trusted those who re-hired him, his senior leaders in BBC News.

Had the late Steve Hewlett, the Panorama editor at the time of the Diana interview, been alive today, the heat on Hall would have been shared round. Instead, he was solitary, apologising repeatedly even while saying - as Lord Dyson did - that Princess Diana was likely to have given an interview at the time, even if not to Bashir.

Bashir's interview - in which Diana discussed her unhappy marriage to Prince Charles, their affairs and her bulimia - was described as "the scoop of the century" by one MP and was watched by 22.8 million people.

Last month's Dyson Report described Bashir as "unreliable", "devious" and "dishonest". The BBC admitted the report showed "clear failings" in its own processes.

The MPs' hearing came a day after the BBC published a separate report into how and why Bashir was rehired in 2016 before being promoted to religion editor two years later.

Lord Hall told the select committee he didn't know Bashir had been re-hired until the appointment had been made.

Mr Davie said an employee would be fired today for forging documents. "If you're faking documents, that's not a matter for debate," he said.

He was challenged on why, in that case, Bashir was re-hired in 2016 despite it being known that he had faked documents in the past.

"With the glory of hindsight, and with what I know now based on having personally commissioned Lord Dyson to go at this - that hiring would never have been made, there's no doubt about that," said Mr Davie, who took over as director general in 2020.

Bashir had also been embroiled in controversies while working in the US, including one that led to him resigning from MSNBC in 2013.

Mr Davie said those who reappointed him to the BBC in 2016 "were aware of some of the controversies of the time", but that "overall they did not see them as substantive enough to block a rehiring".

Bashir has said mocking up the documents "was a stupid thing to do" and he regretted it, but that they had had no bearing on Diana's decision to be interviewed.