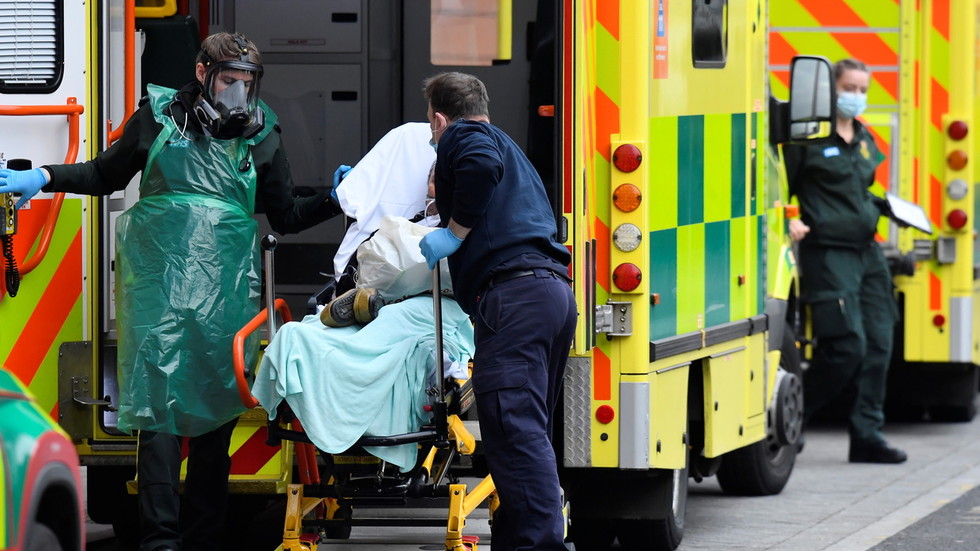 Hospitals are filling up with new Covid-19 patients every day by “lunchtime” as people are infected with the virus at a staggering rate, the Chief Executive of NHS England Simon Stevens has said.

“Staggeringly, every 30 seconds across England another patient is being admitted to hospital with coronavirus,” Stevens told The Andrew Marr Show on the BBC.

“So that means, for example, that between now and lunchtime this hospital would be full of new coronavirus patients,” the heath executive explained, while standing outside Kingston Hospital in Kingston upon Thames, outside London.

Stevens said authorities are alarmed by the new and more transmissible variant of the coronavirus that was discovered at the end of last year.

"We’re seeing that not just in London and the southeast, where this new variant, obviously, first let rip. But that is spreading to other parts of the country as well – the east of England, the Midlands, and the northwest."

Calling the NHS a “24/7 health service,” Stevens said officials will focus on having a sufficient vaccine supply as part of the nationwide immunisation campaign that kicked off last month.

The rise of Covid-19 infections forced England to go into its third lockdown on January 6. London Mayor Sadiq Khan placed the capital’s agencies in emergency mode, warning of the risk of the NHS being overwhelmed by the influx of patients.

Georgia Gould, chair of London Councils, said earlier this month that “one in 30 Londoners” had Covid-19, and that was putting “extreme pressure” on the NHS.

Meanwhile, a survey by major trade union GMB found that three out of four ambulance workers are at “breaking point.”

“People are dying waiting for ambulances whilst crews are stuck at hospital with Covid-confirmed patients,” one surveyed worker said, as cited by PA Media.