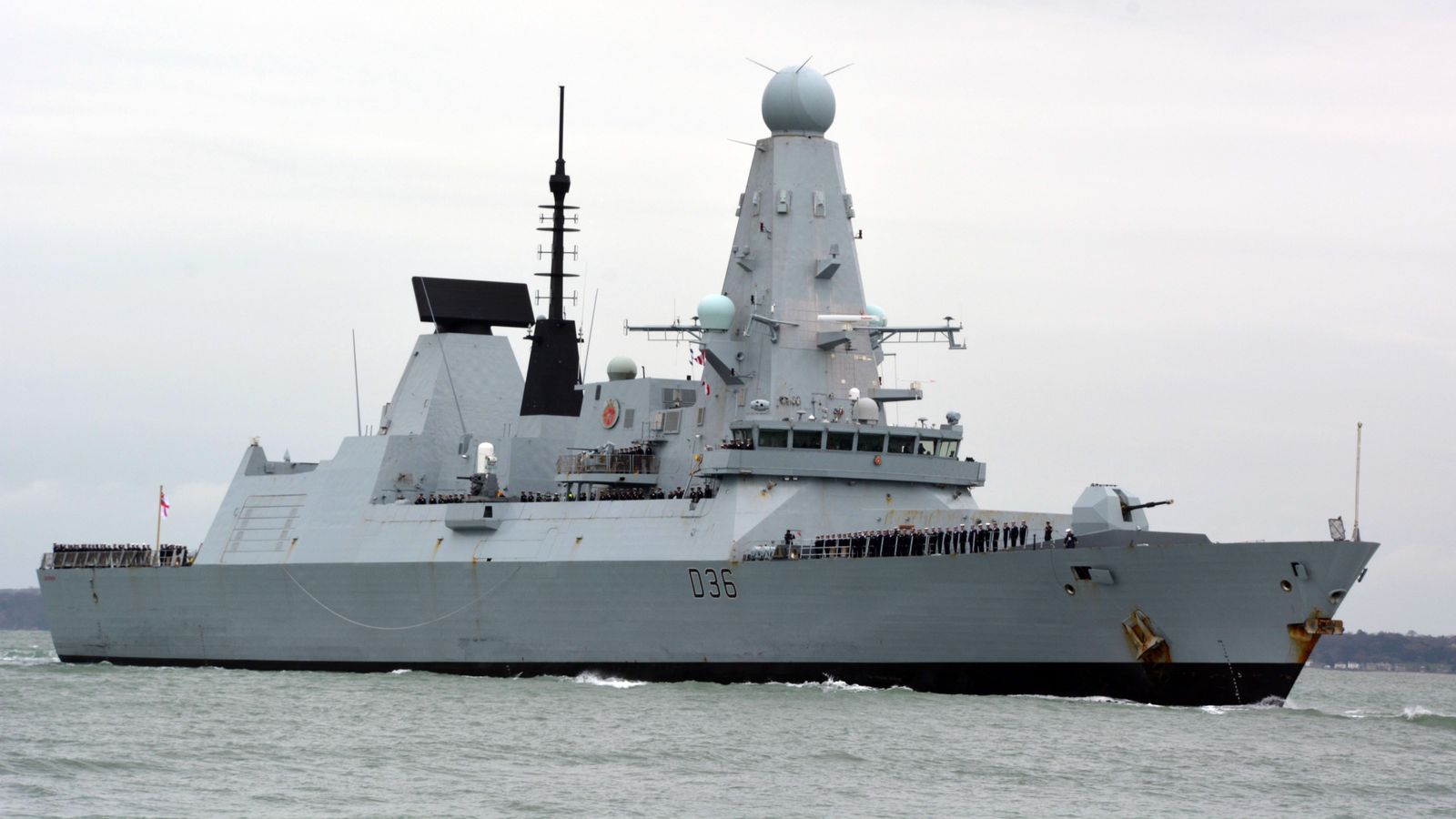 Even if Russia had sunk UK warship, it would not have caused World War Three, says Putin

The Russian president claims HMS Defender and a US spy plane collaborated in a "provocation" in the Black Sea.

It is unlikely the world "would have been on the verge of World War Three" if Russia had sunk a British warship near Crimea, Vladimir Putin has said.

The Russian president claimed HMS Defender, a Type 45 destroyer, illegally entered his country's territorial waters near Crimea in order to observe in detail how Russian forces would react.

He accused the British warship of operating in sync with a US spy plane to monitor Russia's military response.

"This was a provocation, of course," Mr Putin said, during a marathon live question and answer session broadcast by state television.

"Even if we had sunk the British destroyer near Crimea it is unlikely that the world would have been on the verge of World War Three."

Mr Putin claimed HMS Defender cooperated with a US reconnaissance aircraft, which he said had flown from a NATO base in Crete, Greece, on the same day.

"It was clear that the destroyer (entered our waters) first of all to pursue military goals, attempting with the help of the reconnaissance aircraft to reveal the actions of our military to stop such provocations," the Russian president said.

Mr Putin added there was a "political component" to the incident, which occurred shortly after his meeting with US President Joe Biden in Geneva, Switzerland.

"One must ask why it was necessary to carry out such a provocation," he said.

"Why is all this being done? In order to emphasise that these people do not respect the choice of Crimeans to join the Russian Federation."

The UK, like most of the rest of the world, considers Crimea to be part of Ukraine despite its annexation by Russia in 2014. 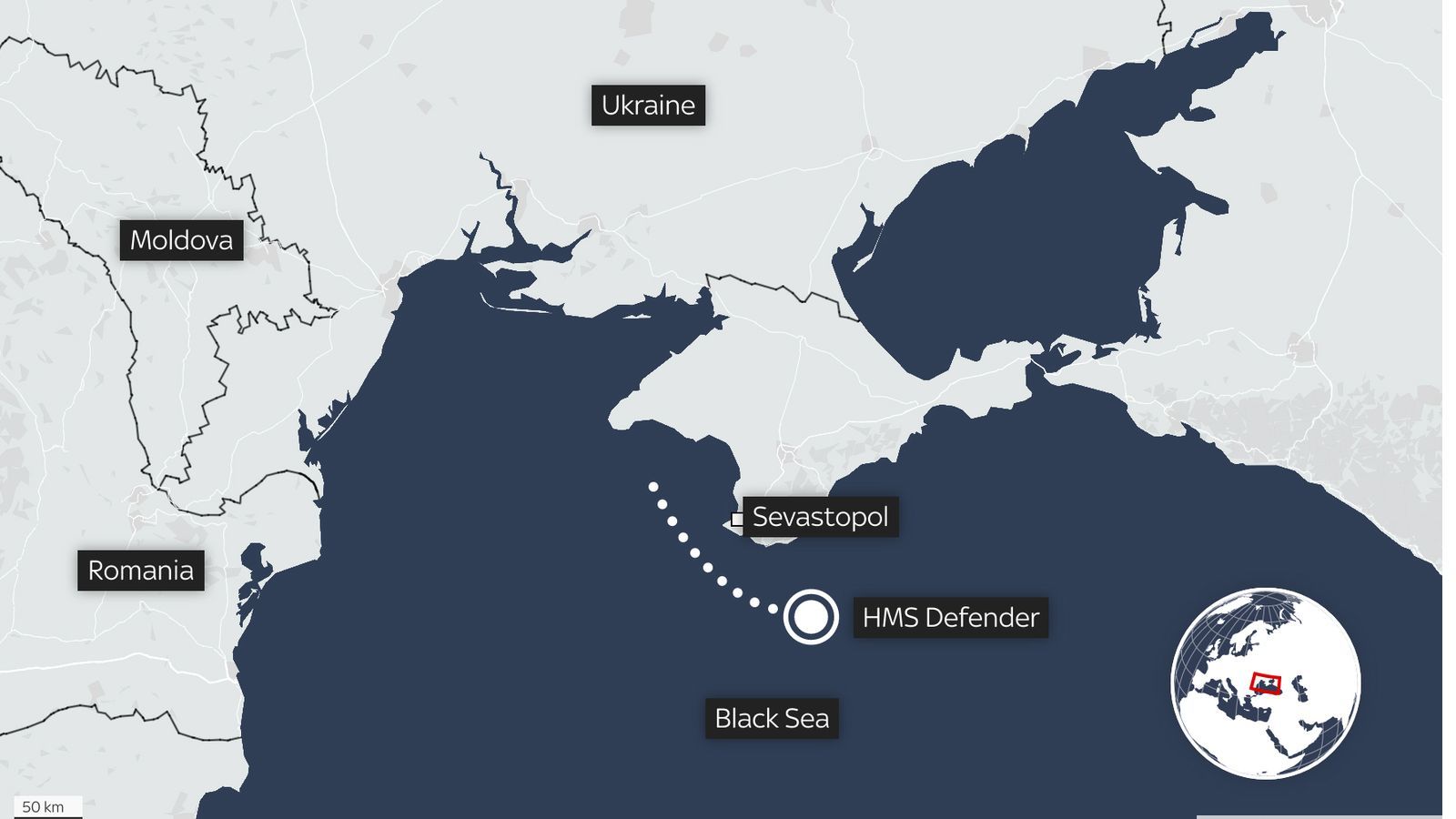 The route of HMS Defender through the Black Sea

The UK has dismissed Moscow's claims that warning shots were fired at the Royal Navy destroyer and that bombs were dropped in the warship's path.

The Ministry of Defence said HMS Defender was "conducting innocent passage through Ukrainian territorial waters in accordance with international law".

Mr Putin also used the Q&A session to suggest Ukraine's President Volodymyr Zelensky had "given up his country to full external control".

He said: "Vital issues for Ukraine are not resolved in Kiev, but in Washington and partly in Berlin and Paris.

"What is there to discuss? I'm not refusing (to meet him), I just need to understand what to talk about."

In response to Mr Putin's comments on Wednesday, Downing Street again insisted HMS Defender was not in Russian waters.

The prime minister's official spokesman said: "I have said all along that this Royal Navy ship was conducting innocent passage through Ukrainian territorial waters in accordance with international law."