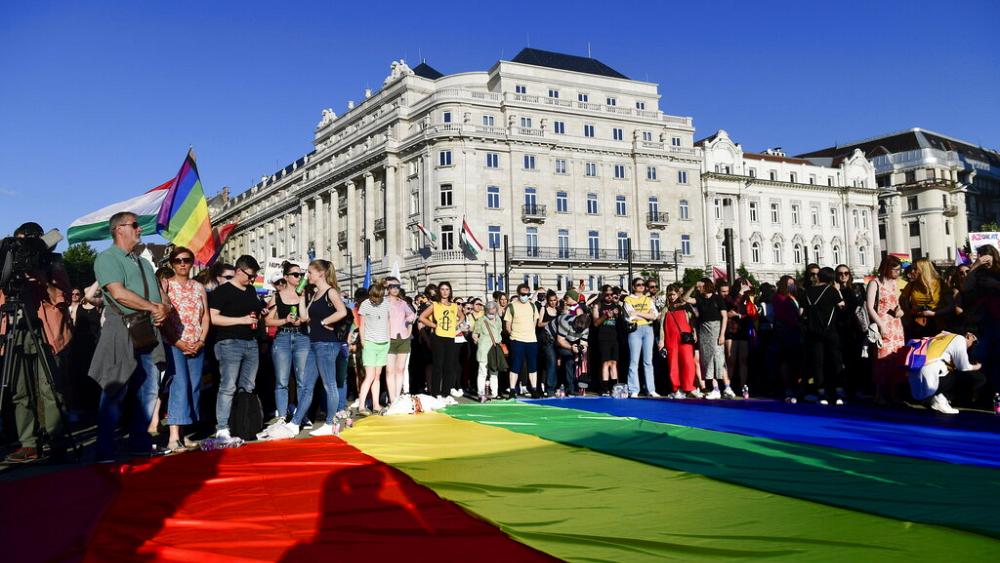 Hungary is being investigated by the European Commission over a new law that bans the sharing of content that portrays homosexuality or sex reassignment with people under the age of 18.

The law, which was introduced by Fidesz, the movement of Hungarian Prime Minister Viktor Orban, will target educational materials at schools and TV shows that target minors and has been described as a broad-based attack on the country's LGBT community ahead of a crucial election in 2022.

It will also include a searchable register of convicted paedophiles and an increase in penalties for those convicted for child sex offences. "No one can get away with atrocities with light punishments and parole,” said Csaba Domotor, Fidesz state secretary, on June 15.

But while the law was presented as primarily targetting paedophilia, it included amendments that will ban teachers from including discussion of homosexuality and transgender issues, as well as films or television advertisements of doing so.

The president of the European Commission, Ursula von der Leyen, confirmed on Wednesday that the bill would be investigated by the European Union. It is the latest in a number of attacks that the ruling Fidesz party and Orban have made on the LGBT community in recent months.

Speaking to AP on Tuesday, NGOs and human rights organisation condemned the law, which was passed by a vote of 157-1 after opposition groups boycotted parliament in protest.

“(It) also clearly infringes the right to freedom of expression, human dignity, and equal treatment," the groups, which include Amnesty International Hungary, said in a statement.