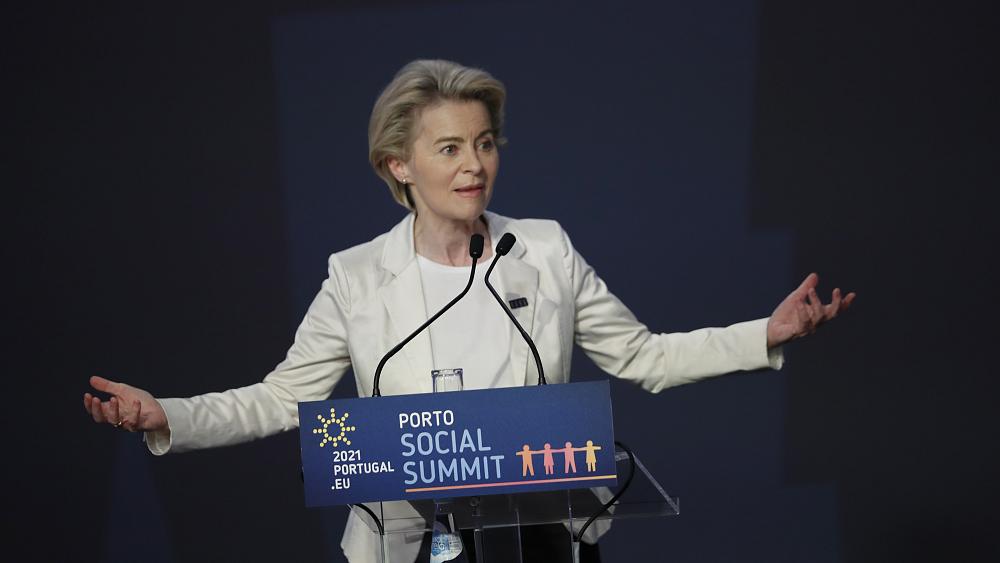 Half of the vaccines produced in Europe are sent to other nations, compared to only a fraction of U.S. made vaccines, European leaders said Friday.
European Commission President Ursula Von der Leyen has called on the U.S. to export more of its COVID-19 vaccines overseas rather than hoarding supplies for Americans.

Speaking at a summit in Porto, Von der Leyen brushed off plans by Washington to waive intellectual property rights for COVID-19 vaccines - which would allow drug companies across the world to start producing vaccines - and said that exporting stock to the developing world was key.

“We invite all those who engage in the debate of a waiver for (Intellectual Property) rights also to join us to commit to be willing to export a large share of what is being produced in that region,” she said.

“You can give the intellectual property to laboratories that do not know how to produce it. They won’t produce it tomorrow.”

The U.S. has discouraged exports of American-made vaccines so it can inoculate its own population first, while the EU has become the world's leading provider.

As many doses have been sent outside the 27-nation bloc as are kept for its 446 million inhabitants, even in the face of criticism of European governments for the slow pace of vaccinations.

Macron hit back at the criticisms, arguing that "the Anglo-Saxons block many of these ingredients" needed to make vaccines, referring to Washington and London.

“Today, 100% of vaccines produced in the United States of America are for the American market.”

Von der Leyen said this week that the EU had distributed about 200 million doses within the bloc while about the same amount had been exported abroad.

“Around 50% of what is being produced in Europe is exported to almost 90 countries,” von der Leyen said, and called on Biden and other vaccine-producing regions or nations to step up their effort.

“We are the most generous in the world of developed nations. Europe should be proud of itself,” Macron said.
#COVID-19  #vaccine  #Joe Biden  #Covid  #Vaccines
Add Comment