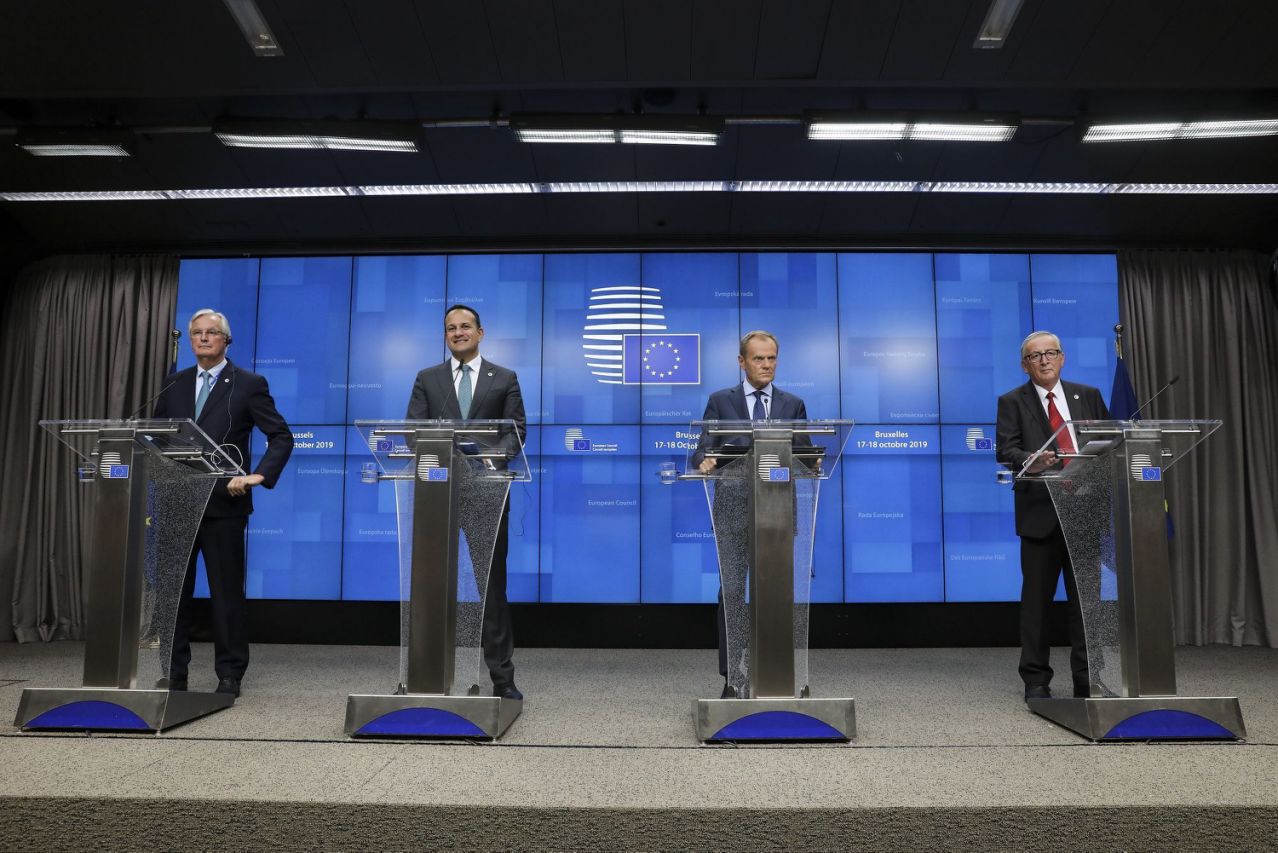 Europe's Leaders Set to Clash Over Their Trillion-Euro Budget

After managing a united front over Brexit, divisions between European Union members will be laid bare on Friday when leaders gathered in Brussels will discuss how to plug the budget shortfall left by the U.K’s intended departure.

The trillion euro ($1.1 trillion) seven-year budget is a cornerstone of EU policy that lets farmers compete against imports from the developing world, helps poorer states catch up with the rich ones and underpins projects that bind the union together. But agreeing on the amount of cash and how to spend it is a regular source of tension between the net contributors and those who get more than they put in.

Britain, of course, was a net contributor. Now richer members are calling for the hole it eventually leaves to be covered by cuts in the budget for the 2021-2027 period. Poorer ones are calling for everyone else to increase their contributions.

No One Is Happy

The spat is expected to keep leaders at loggerheads for months but at its heart it’s about a tiny amount of money when spread over the EU’s 450 million people: 0.1% of GDP. The bloc’s executive arm has proposed that member states commit around 1.1% to the joint budget, while net contributors want to cap that at 1%. Either way it’s not much more than they have put in previously.

Finland, which holds the rotating presidency of the EU, has proposed 1.03% to 1.08%, according to an internal memo. The difference between those figures amounts to about 50 billion euros over seven years. Yet almost no one is happy, according to several diplomats following the issue.

Leaders will try to make progress toward a compromise on Friday. They need to agree on a ceiling for the budget before discussing what to spend it on, and the conditions attached to the disbursement of cash.

The EU is no stranger to fighting over small change.

The 19 finance ministers representing the euro-area’s $19 trillion economy just completed a two-year negotiation over a separate budget worth less than 20 billion euros.

With assistance from Viktoria Dendrinou.

The EU is no stranger to fighting over small change.

The 19 finance ministers representing the euro-area’s $19 trillion economy just completed a two-year negotiation over a separate budget worth less than 20 billion euros.

With assistance from Viktoria Dendrinou.