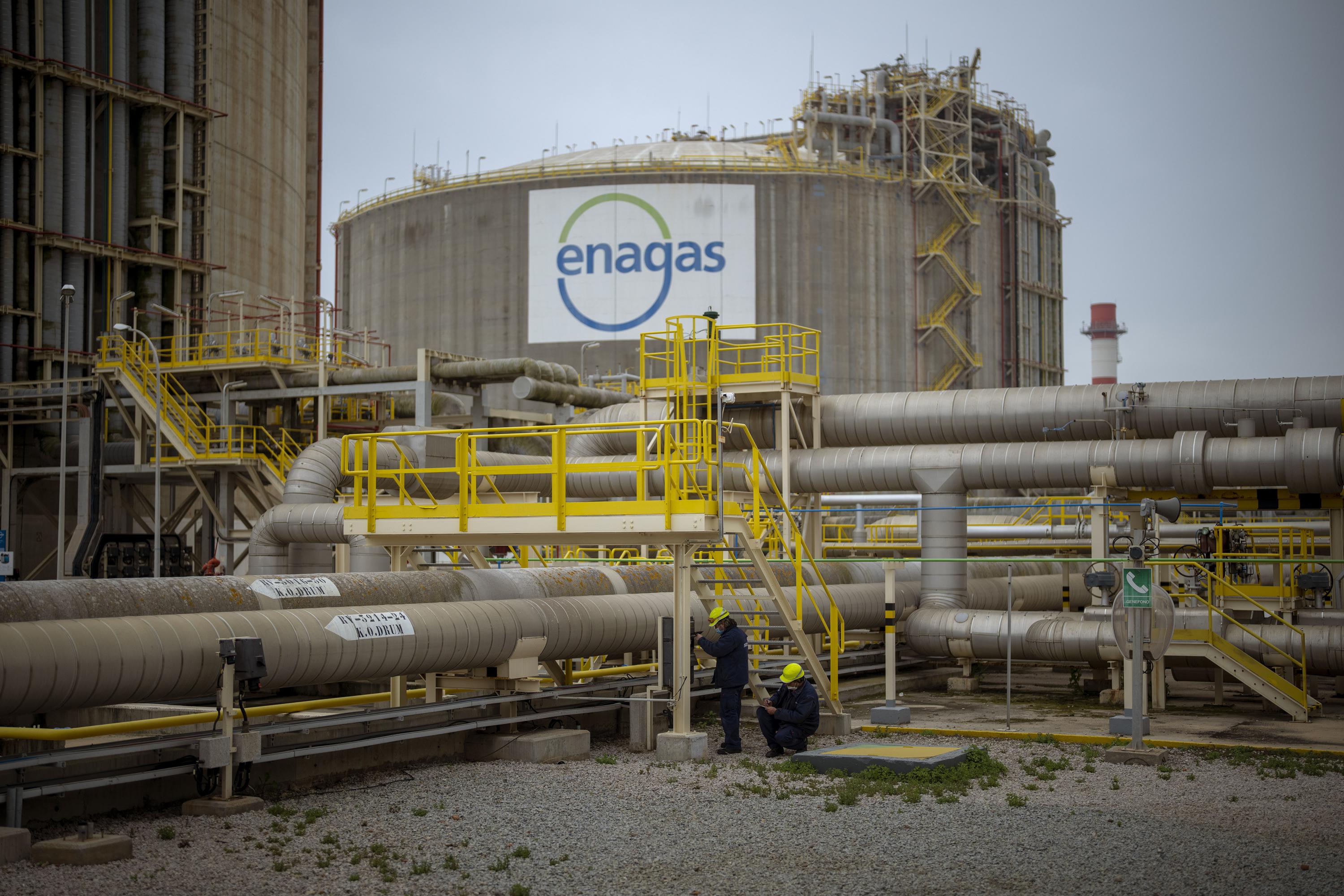 European Union nations struggled Monday to find common ground on how to wean the bloc off its reliance on Russian natural gas, seeking to appease wary, stressed consumers at home while upholding unity as Moscow turns down the tap.
Russian President Vladimir Putin has weaponized gas exports to pressure the bloc into reducing its sanctions over the war in Ukraine or to push other political aims. Ukrainian President Volodymyr Zelenskyy on Monday called Russia’s cuts to gas deliveries “a form of terror” and urged European countries to respond by tightening sanctions on Moscow.

On the eve of an emergency meeting to discuss plans to cut EU gas use 15% over the coming months, envoys on Monday were still brokering a possible compromise that should keep all 27 nations in line by Tuesday night.

“This a still a work in progress,” said a senior diplomat who asked not to be identified because the talks were still ongoing.

The bloc is bracing for a possible full Russian cutoff of natural gas supplies that could add a big chill to the upcoming winter, leaving nations like economic juggernaut Germany especially exposed. But some other EU countries, like Spain and Portugal, which have little dependence on Russian gas, do not want to force such a major cut on their people.

Russia has cut off or reduced gas to a dozen EU countries so far. On Monday, it said it will slash flows this week through a major pipeline to Germany by another half, to 20% of capacity. The Nord Stream 1 pipeline reductions further endanger goals to fill European gas storage tanks for winter as envoys haggled over EU plans.

It was what European Commission President Ursula von der Leyen had seen coming when she announced the plan. She is convinced that Putin will cut off natural gas exports to try to wreak economic and political havoc in Europe this winter.

“This is exactly the sort of scenario the president was referring to last week,” said Commission spokesman Eric Mamer. “This development validates our analysis. We therefore hope that the Council will adopt an appropriate response” on Tuesday.

The diplomat said ambassadors had been working nonstop on the divisive issue and had sought to clip the powers of the executive European Commission, which under its plan, could sidestep member countries to impose such reductions.

“First and utmost” was the need to put EU nations in charge of deciding when such cuts should become mandatory, the diplomat said. Yielding some of their powers over energy policy to EU officials in Brussels has long been anathema in some national capitals. Hungarian officials were in Moscow last week, reportedly seeking additional energy imports.

Spain and Portugal have already said making mandatory reductions are a nonstarter. They noted that they use very little Russian gas compared with countries such as Germany and Italy and that there are scant energy connections linking them to the rest of Europe.

A one-size-fits-all solution seemed off the table Monday as envoys were looking at exemptions for island nations that are not connected to other networks, for Baltic nations that have close links with the Russian electricity grid, or nations whose industries depend heavily on gas imports.

Reducing EU gas use by 15% between August and next March will not come easy. The European Commission signaled its proposed target would require EU countries as a whole to triple the cuts they have already achieved since Russia invaded Ukraine on Feb. 24.

Yet there is a fear of displaying a lack of solidarity, with the rest of the world — especially Russia — looking on.

“The world is watching very closely,” the diplomat said.

During the war, the EU has approved bans on Russian coal and most oil to take effect later this year, but it did not include natural gas because the bloc depends on gas to power factories, generate electricity and heat homes.

The aim of the commission’s proposals is to ensure, in case of a Russian cutoff, that essential industries and services like hospitals can function, while others would have to cut back. That could include lowering heat in public buildings and enticing families to use less energy at home.
Add Comment