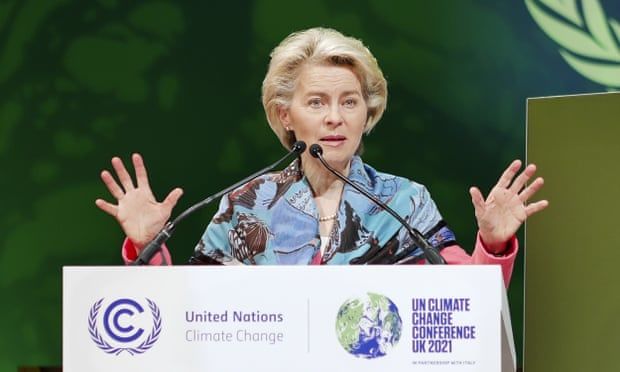 Researchers fear Horizon Europe programme is collateral damage in UK-EU political dispute
More than 1,000 universities and 50 academies of science across Europe have called on the EU to “immediately” finalise the UK’s membership of its flagship £80bn research programme and end the 10-month delay to the ratification process.

In a letter to the European Commission president, Ursula von der Leyen, they say the lengthy delay is “endangering current and future plans for collaboration” and any further delay will “result in a major weakening of our collective research strength”.

The letter comes amid fears that the seven-year Horizon Europe programme is collateral damage in a wider political dispute between the UK and the EU over fishing and the Northern Ireland Brexit protocol.

The UK was due to contribute about £2bn a year to stay in the programme with funds returned in the form of leading-edge research projects to British universities and research institutes on everything from vaccines to climate change technologies.

Now scientists say the painstaking job of putting project teams and proposals together, which can often take a year to complete, are being jeopardised because of the uncertainty over the UK’s status in potential research consortiums.

They urge Von der Leyen to put politics aside and press the green button on the UK’s associate membership.

“Horizon Europe’s success will hinge on its commitment to excellence and global outlook. The only way to move forward from the Covid pandemic is as a global community working together to drive research and innovation through collaboration,” they say in their letter.

The UK was one of the leading countries in the EU research programme before Brexit, responsible for just under 15% of all funds awarded.

A spokesman for the Russell Group of universities said the UK was the second biggest beneficiary of the Horizon 2020 programme after Germany, winning £7.8bn in funds for 10,000 projects over the past seven years.

But it has now been caught up in the crosshairs of double battles between the UK and the EU over fishing and Northern Ireland.

The Brexit minister, David Frost, last week said the EU was close to breaching its commitment in the trade deal and wanted swift action, particularly after other non-EU countries including Norway had already had their membership ratified.

Signatories to the letter include the heads of major research representative bodies including the All European Academies, the European Universities Association, CESAER, the Belgian science group and German U15, an association of 15 of the leading medical universities in Germany.
#Vaccines  #Covid
Add Comment