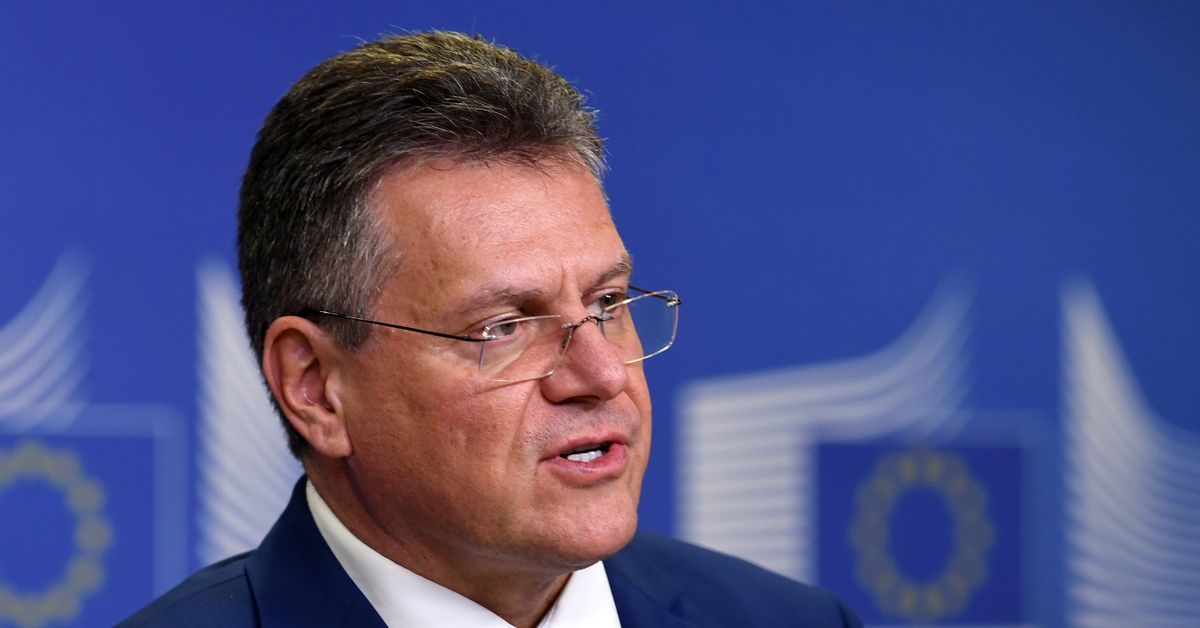 The European Commission's Maros Sefcovic said on Monday he is "absolutely convinced" Britain and the European Union can break their impasse over post-Brexit trade arrangements for Northern Ireland if London engages on outstanding issues.
Britain and the EU agreed last week to intensify efforts to solve issues around the Northern Ireland protocol. Brussels cautiously welcomed a change in tone from London, though British Brexit minister David Frost said "significant gaps" remained.

While Sefcovic, the top EU official dealing with the matter, said a meeting last week with Frost was "much better" than their previous engagement, he said he remained worried about the British government's "rhetoric and action" around the protocol.

"If our partners in the UK would engage, and I hope we will see more of that this week, then I am absolutely convinced that we can resolve all the issues which are troubling people on the ground," Sefcovic told an Irish parliamentary committee.

Irish foreign minister Simon Coveney said the change in tone suggested there was a "real window of opportunity" in the next few weeks to find compromises.

"Let's give this the opportunity that I think it needs and deserves over the next few weeks, but at the same time I think we have to plan for other potential outcomes as well," he told reporters after a meeting of EU foreign ministers in Brussels.

Britain left the EU last year, but it has since put off implementing some of the border checks between its province of Northern Ireland and the rest of the United Kingdom that the bloc says London is obliged to make under their divorce deal.

London says the checks are disproportionate and are heightening tensions in Northern Ireland, putting a 1998 peace deal at risk.

Sefcovic reiterated that Brussels needed London to reciprocate in the talks with its own concessions after the bloc offered to cut some of the checks needed on goods moving from Britain to Northern Ireland.

He said that he thought the two sides were very close to an agreement on the supply of medicines from Britain into Northern Ireland, the most pressing issue because it needed to be solved before the end of the year.

"However I have to say I worry about the rhetoric and action of the UK as regards the implementation of the agreements and in particular the protocol on Ireland and Northern Ireland," Sefcovic said in his opening statement.
Add Comment