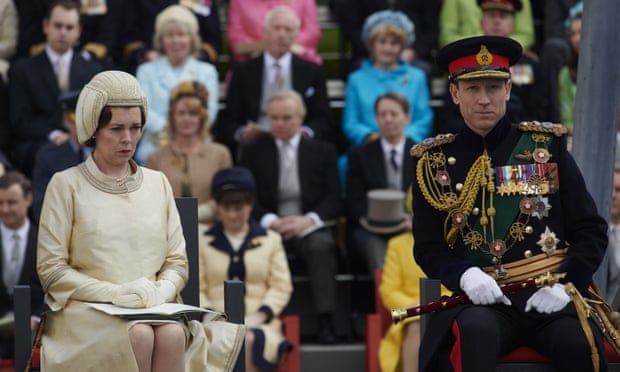 Exclusive: number of UK productions seen as ‘disproportionate’ and threat to Europe’s cultural diversity
The EU is preparing to act against the “disproportionate” amount of British television and film content shown in Europe in the wake of Brexit, in a blow to the UK entertainment industry and the country’s “soft power” abroad.

The UK is Europe’s biggest producer of film and TV programming, buoyed up by £1.4bn from the sale of international rights, but its dominance has been described as a threat to Europe’s “cultural diversity” in an internal EU document seen by the Guardian.

The issue is likely to join a list of points of high tension in the EU-UK relationship since the country left the single market and customs union, including disputes over the sale of British sausages in Northern Ireland and the issue of licences in fishing waters, which led to Royal Navy patrol boats being deployed to Jersey earlier this year.

Brussels’ target this time is the continuing definition of British programmes and film as being “European works”.

Under the EU’s audiovisual media services directive, a majority of airtime must be given to such European content on terrestrial television and it must make up at least 30% of the number of titles on video on demand (VOD) platforms such as Netflix and Amazon.

Countries such as France have gone further, setting a 60% quota for European works on VOD and demanding 15% of the turnover of the platforms is spent in production of European audiovisual and cinematographic works.

According to an EU document tabled with diplomats on 8 June, in the “aftermath of Brexit” it is believed the inclusion of UK content in such quotas has led to what has been described as a “disproportionate” amount of British programming on European television.

“The high availability of UK content in video on demand services, as well as the privileges granted by the qualification as European works, can result in a disproportionate presence of UK content within the European video on demand quota and hinder a larger variety of European works (including from smaller countries or less spoken languages),” a paper distributed among the member states reads. “Therefore the disproportionality may affect the fulfilment of the objectives of promotion of European works and cultural diversity aimed by the audiovisual media services directive.”

The European Commission has been tasked with launching an impact study on the risk to the EU’s “cultural diversity” from British programming, which diplomatic sources said would be a first step towards action to limit the privileges granted to UK content.

Industry figures said a move to define UK content as something other than European, leading to a loss of market share, would particularly hit British drama, as the pre-sale of international rights to shows such as Downton Abbey and The Crown has often been the basis on which they have been able to go into production.

Adam Minns, the executive director of the Commercial Broadcasters Association (COBA), said: “Selling the international intellectual property rights to British programmes has become a crucial part of financing production in certain genres, such as drama.

“Losing access to a substantial part of EU markets would be a serious blow for the UK TV sector, right across the value chain from producers to broadcasters to creatives.”

The sale of international rights to European channels and VOD platforms earned the UK television industry £490m in sales in 2019-20, making it the second biggest market for the UK behind the US.

“The concerns relate to how Brexit will impact the audiovisual production sector in the European Union as, according to the European Audiovisual Observatory, the UK provides half of the European TV content presence of VOD in Europe and the UK works are the most actively promoted on VOD, while the lowest EU27 share of promotion spots is also found in the UK,” the paper says.

It adds: “Although the UK is now a third country for the European Union, its audiovisual content still qualifies as ‘European works’ according to the definition provided by the AVMS directive, as the definition continues to refer to the European convention on Transfrontier Television of the Council of Europe, to which the UK remains a party.”

It was long feared in the industry that the EU would seek to undermine the UK’s dominance of the audiovisual market once the country had left the bloc. The government had been repeatedly warned of the risk to the British screen industry.

Industry sources said they had believed it was a matter of “when not if”, with the government appearing to have little leverage over Brussels on the issue.

EU sources suggested the initiative would probably be taken further when France takes over the rolling presidency of the union in January, with the backing of Spain, Greece, Italy and Austria, among others. There is a midterm review of the AVMS directive due in three years’ time, which sources suggested may be the point at which changes could come into force.

A UK government spokesperson said: “The UK is proud to host a world-class film and TV industry that entertains viewers globally and which the government has supported throughout the pandemic, including through the film and TV restart scheme.

“European works status continues to apply to audiovisual works originating in the UK, as the UK is a party to the Council of Europe’s European Convention on Transfrontier Television (ECTT).”
Add Comment