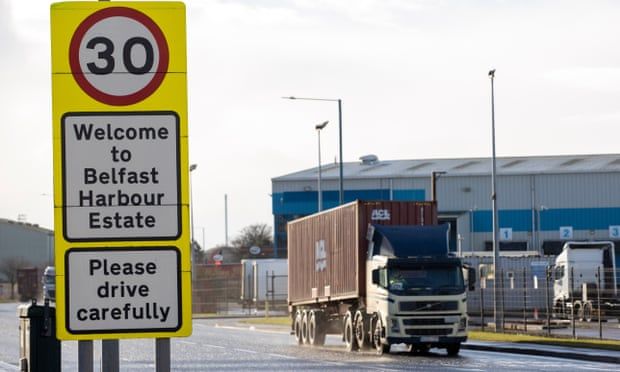 He lamented the continuing distrust between the two sides, and argued little had changed in the past 18 months since the government was threatening to pass the internal markets bill.

“I’m worried about the low levels of trust that exist today, between the EU and the UK: between our leaders, between all of us that are involved in this relationship,” he said.

“Some people call it a saga. If this is a saga, if I look at the new season of the saga, it looks pretty much like a similar plot. Not much has changed.”

“We have the same narrative,” he added. “Using legislation to override an international treaty. I feel myself back in the fall of 2020, with the internal markets bill.”

Vale de Almeida insisted there was no prospect of a change in the negotiating mandate given by the EU to its Brexit representative, Maroš Šefčovič – a demand made repeatedly by the foreign secretary.

“We were told that we should get a new mandate. Well, I can tell you very clearly, what the member states are telling us is very simple: you don’t need a mandate, and even if you ask for one, you will not get it,” he said.

“We can’t renegotiate the protocol: the ink on the signatures is hardly dry”.

Truss set out her intentions in a dramatic statement earlier this week, in which she said she preferred a negotiated solution but set out plans for a bill that would rework aspects of the protocol.

The stakes in the dispute have been raised since the DUP refused to take part in a power-sharing executive at Stormont unless the protocol is radically altered.

Changes mooted by the government include creating a “green channel” to allow goods to pass without checks from Great Britain to Northern Ireland, as long as they are not destined for the Republic of Ireland. It would give the UK more powers to change VAT in Northern Ireland.

But Vale de Almeida rejected the proposal. “The problem with this approach, we believe, is that it does not necessarily solve any problems, and it most likely creates more problems.”

He suggested instead that the UK government return to proposals for applying the protocol already made by the EU. Truss rejected these as making the situation worse – but Brussels said ministers have not yet fully engaged with them.

“We believe that what we put on the table, the potential of those proposals is not yet exhausted,” the ambassador said. “There is untapped potential in those proposals for us to find solutions – provided we are focused on finding solutions.”

He argued that rocky relations over the protocol were having a knock-on effect on other aspects of the UK-EU relationship – including the UK’s participation in the Horizon programme of scientific cooperation.

Acknowledging the importance of UK scientists to the scheme, Almeida conceded that it was “collateral damage” in the standoff over the protocol.
Add Comment