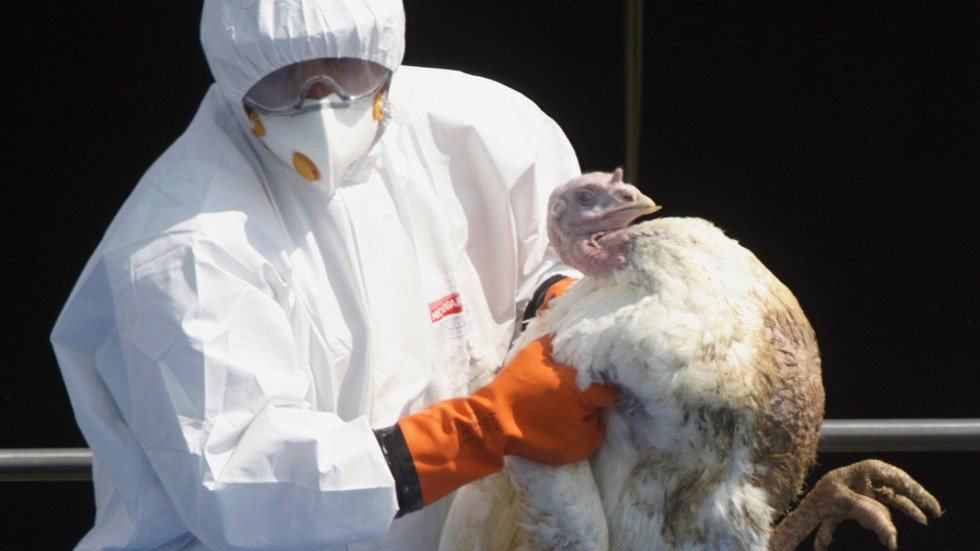 More than ten thousands turkeys will be slaughtered at a poultry farm in northern England, following the discovery there of H5N8 bird flu. The culling comes amid fears of an avian flu outbreak originating in Europe.
Medical authorities confirmed that avian flu had been found at a commercial turkey fattening farm near Northallerton, North Yorkshire. All 10,500 birds at the farm would be culled to limit the spread of the disease, which was identified as the highly contagious H5N8 strain. The British public were reassured that the outbreak does not pose a food safety risk.

The discovery of the disease comes amid reports of a string of swan deaths that have been linked to avian flu. Poultry farmers across England, Scotland and Wales were ordered earlier in November to implement strict lockdown-style measures at their facilities to help prevent the spread of the illness. Recent outbreaks of the H5N8 strain have been detected in Cheshire, Devon, Gloucestershire and Hertfordshire.

Christine Middlemiss, the UK's Chief Veterinary Officer, expressed a “high level” of concern over the recent developments, noting that the “sheer volume of infections” was worrying.

However, avian flu poses minimal risk to public health. Typically the virus doesn’t infect people, although animal to human transmission has been recorded in the past. However, contagious strains of the virus can spread quickly among bird species, sickening or killing the infected animal.

Earlier this month, 190,000 chickens were slaughtered at two poultry farms in the Netherlands, after a strain of the H5 avian flu variant was detected. H5N8 has been found in wild bird populations in Europe, raising the possibility that it can spread rapidly with migrating flocks.

The potential for animal to human transmission of bird flu has become more pronounced as health authorities continue to battle against Covid-19.

Danish authorities recently ordered the culling of the country’s 17 million farmed minks, which are raised for their fur, after a mutated version of Covid-19 was found to have spread from the animals to humans. Denmark’s agriculture minister resigned over the order, which was ruled to be unlawful. However, the government moved ahead with the plans, arguing that it could obtain retroactive authority to carry out the animal slaughter.
#COVID-19  #Covid
Add Comment