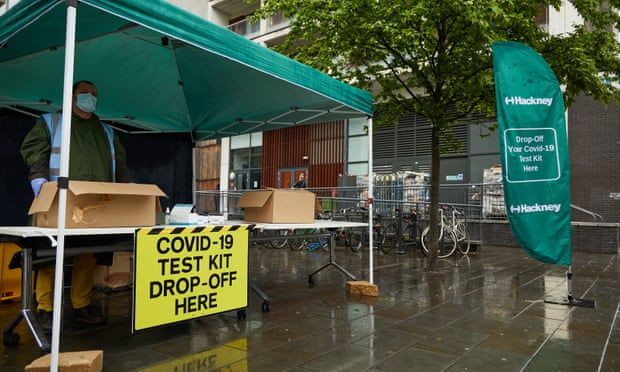 Councils are continuing to refuse more than six out of 10 applications despite the government increasing funding for the vital anti-Covid system in March to £20m a month, freedom of information requests by the Trades Union Congress found.

One council, Hackney in east London, said it had rejected 91% of requests for the £500 payments. saying that the government’s criteria were “extremely tight”. It had to reject some requests because they did not produce the right paperwork even though it acknowledged it can be difficult if families are ill or self-isolating.

Gateshead council, in north-east England, which rejected 97% of claims because they did not meet strict eligibility criteria, said: “We have to refuse many people who we know need help.”

A quarter of the 94 councils who responded also said they had run out of funds to make the payments at some point during the programme.

The self-isolation scheme is a key part of the government’s infection control measures, but with more people being rejected than approved there are fears people with Covid are continuing to go out to work. From March to May, between 13% and 17% of people who tested positive did not stick to self-isolation requirements, according to a survey by the Office for National Statistics.

The TUC also highlighted the lack of public awareness of the scheme, with polling that showed four out of five people do not know about the availability of the money to help them self-isolate when they or others in their household test positive for Covid.

The organisation described it as “a failing scheme few people have heard of”.

The figures come as Whitehall officials urge ministers to do more to help people self-isolating, according to an internal government assessment, reported this week by the Politico website. It said the isolation policy had only “low to medium” effectiveness because people on low incomes and in precarious work did not have adequate support.

Government scientific advisers have warned of exponential growth in the Delta variant, with infections doubling weekly in many models and hospital admissions rising to well over 1,000 per day even with the final step of lockdown easing delayed until 19 July.

“No one should be forced to choose between doing the right thing and self-isolating, and being plunged into hardship,” said the TUC general secretary, Frances O’Grady. “But too many are still going without the financial support they need to self-isolate. The self-isolation payment scheme is failing. And it has been crystal clear since the start of the pandemic that the UK’s measly statutory sick pay isn’t enough to live on.”

Nine out of 10 applications were rejected in Gateshead, while only five out of 10 were refused in the Mendips in Somerset. Hackney said the government criteria were “extremely tight, and we can often not make payments even in difficult circumstances”.

Reasons for refusal included not being told to isolate by NHS test and trace, not receiving an in-work benefit and not being in valid employment or self-employment.

In the London borough of Newham, where infection rates have tripled in the last month from a low base to 34 per 100,000 people, the council is offering separate £200 “micro-grants” for people who are not eligible for the £500 support payment.

A spokesperson for the Department of Health and Social Care said: “Since it launched in September 2020, the government has made £176m available to local authorities to run the scheme. In March this year, we increased funding and extended the eligibility to help even more people.

“The department is working with all 314 local authorities in England to ensure as many people as possible are aware of the support available to them following the initial announcement and will continue to listen to feedback on the scheme.”
#COVID-19  #Covid
Add Comment