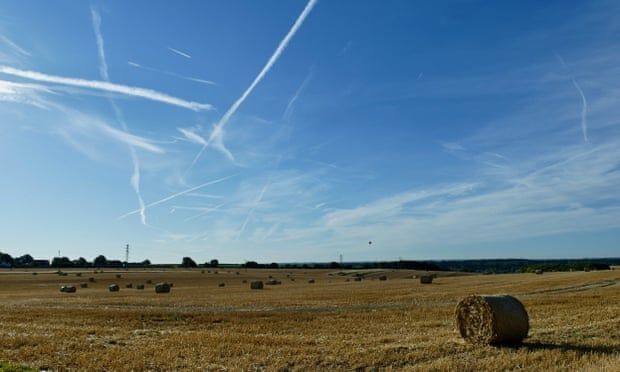 England heatwave: what is a level 4 national emergency?

What is a level 4 national emergency?

The government first published a heatwave plan for England in 2004 after a devastating pan-European heatwave in 2003, and updated it in 2012. Level 4 is the highest of five levels (0-4) in the “heat-health alert system”. It “is reached when a heatwave is so severe and/or prolonged that its effects extend outside the health and social care system, such as power or water shortages, and/or where the integrity of health and social care systems is threatened”.

It is introduced when “a very severe heatwave which will last for a considerable period of time and will also affect transport, food, water, energy supplies, businesses and health and social care services”.

Does it mean deaths are expected?

Yes, and not just among the vulnerable. The plan, published by the UK Health Security Agency and the NHS, states that at level 4 “illness and death may occur among the fit and healthy, and not just in high‑risk groups”.

What else are they worried about?

Melting roads could cause congestion and leave people stranded in cars. Railways could buckle. Extreme heat on the London Underground could require bottled water to be supplied. Rising demand for electricity as people use air conditioning and fans at the same time as the heat reduces the power-carrying capacity of the system because it is harder to cool conductors.

Water shortages are a fear but if the mains supply is lost water companies are required to provide no less than 10 litres per person per day, with special attention given to the needs of vulnerable people, hospitals and schools.

What about the environment?

Smog and deteriorating air quality, toxic algae blooming in water and rising risk of wildfires are among the worries. Farm animals and those at markets and slaughterhouses will need greater ventilation and the transportation of livestock may be reduced. More pets could die if irresponsible owners leave them in restricted enclosures with poor ventilation.

What does it change about the response?

Level 4 means the weather requires “a multi‑sector response at national and regional levels”. The decision to go to level 4 is made at national level and is taken following a cross-government assessment of the weather conditions, coordinated by the Civil Contingencies Secretariat in the Cabinet Office. A lead government department will be nominated – most likely to be the Department of Health and Social Care.

According to the plan, actions for health and social care providers are the same as at a level 3 alert, which has been in place for several days already. These include visiting or phoning people in high-risk categories, issuing public health messages, checking temperatures in wards and care homes, turning off unnecessary lights and equipment and pulling blinds and curtains. Community groups are told to “check those you know are at risk” and “activate community emergency plan”.

Which people are at high risk?

The heatwave plan is sometimes clumsily drafted, but this is what it says about high risk groups in the community: “Over 75, female, living on own and isolated, severe physical or mental illness; urban areas, south‑facing top flat; alcohol and/or drug dependency, homeless, babies and young children, multiple medications and over-exertion”. And in care homes and hospitals, those at greatest risk are described as: “over 75, female, frail, severe physical or mental illness; multiple medications; babies and young children”.

What is the government’s message to people?

It says: “Stay out of the sun. Keep your home as cool as possible – shading windows and shutting them during the day may help. Open them when it is cooler at night. Keep drinking fluids. If there’s anybody you know, for example an older person living on their own, who might be at special risk, make sure they know what to do.”