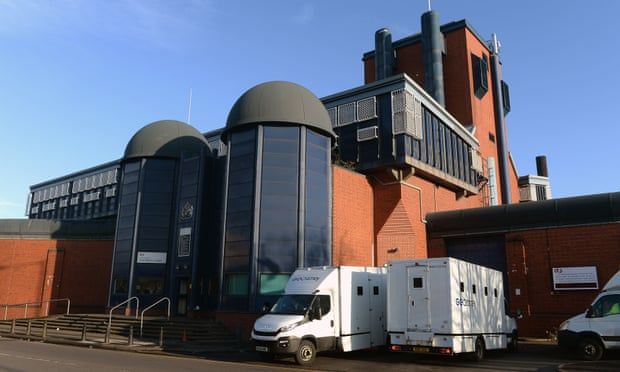 England and Wales to get extra 4,000 prison places in record expansion

Plan unveiled by Dominic Raab could take prisoner total to highest ever at more than 100,000 by mid-2020s

Dominic Raab has announced the creation of 4,000 new prison places in England and Wales, as the government plans for an increase of almost 25% that could take the prison population to an all-time high.

There were 79,765 prisoners in England and Wales in the week ending 11 February, according to Ministry of Justice figures, while the maximum capacity in the system was 81,368.

The latest announcement of 4,000 new places, which will include extending or refurbishing 16 prisons, is part of a plan to provide 20,000 “innovative” new prison places by the mid-2020s.

Prisons being extended or refurbished as part of the new announcement include Birmingham, Liverpool and Norwich. Projects have already been completed at four other prisons, including Feltham and Aylesbury.

The Ministry of Justice is also planning to build six new prisons – with the department stressing the benefits for the local economy in terms of job creation.

Raab, the justice secretary, said: “Our prison-building programme will deliver an extra 20,000 prison places by the mid-2020s to punish offenders, deter crime and protect the public.

But the Liberal Democrat home affairs spokesperson, Alistair Carmichael, said the drive to build new prison places was an admission of failure.

“The UK already has more people in prison than any other country in western Europe, and now the government is spending an extra £4bn because crime is rising,” he said.

Peter Dawson, director of the Prison Reform Trust, said: “Endlessly making the same announcement about building new prison spaces is not going to solve the chronic failure of our prison system. For 30 years overcrowding and the continued use of prisons built in the 19th century have made a mockery of promises of reform. Nothing in the government’s plans changes that.”

The government was censured by the Statistics Authority earlier this month, for misleadingly claiming that crime has been falling. Boris Johnson and Priti Patel, the home secretary, had both said crime had fallen by 14%. The figures refer to the period September 2019 to September 2021, but exclude fraud and computer misuse. Once these are included, crime actually increased over the period.

AndyPep 169 days ago
20 thousand new prison beds all of the Communist infiltrators of the past 30 years. A lot of people haven't slept well for two years and they won't for the next two either. Even the media "journalists"/propagandists who did what they were told even if it meant people would die will be in those cells too. They knew Hydroxychloroquine and Ivermectin would save thousands of lives because 70 years and billions of doses showed how safe it was. Karma is real anyway. Those that escape prison will know what they did to ensure their easy ride stayed easy.
View all comments (1)Add comment