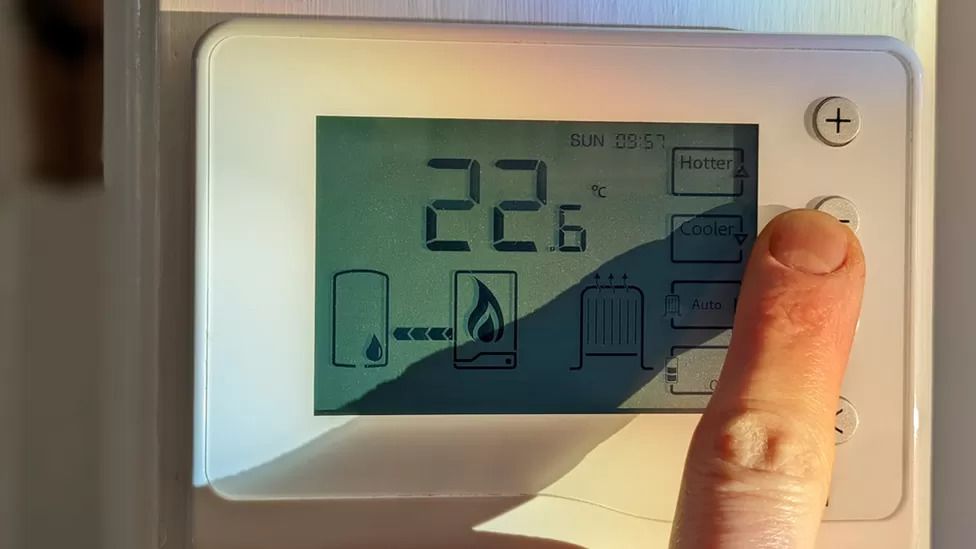 The government has warned energy firms not to hike direct debit payments for customers who are making "huge efforts" to cut usage.

The business secretary has written to suppliers asking them to ensure bills reflect what homes are actually using, and do not over-estimate charges.

Grant Shapps said he was concerned by reports that bills were rising despite people cutting back on energy use.

Regulator Ofgem has been asked to look at making billing "more responsive".

Ofgem said it had already called on firms to address the issue, but would be prepared to take further action if necessary.

Direct debit is the lowest cost method of paying energy bills, but can lead to overcharging, because suppliers calculate bills according to a customer's previous consumption and spread charges for higher winter use over the year.

Ofgem said a review conducted earlier this year identified "moderate or significant issues in a number of suppliers" and that it had taken up the issue with energy companies.

But last week, The Times reported that some customers, including those on a fixed-rate tariff, had seen their direct debit payments soar even though they had reduced the amount of energy they use.

Energy prices have been rising, due in part to sanctions imposed against Russia, a major oil and gas producer, following its invasion of Ukraine.

The government's Energy Price Guarantee has limited the amount households can be charged, so that a typical annual bill is £2,500. However, that is nearly double what customers were paying last winter, and many households are trying to reduce their energy use to keep their bills down.

Milder weather this month - which has been 2.2C warmer than the average November - has meant that some homes have been able to hold off from putting the heating on.

In his letter to the chief executives of UK energy companies, Mr Shapps said he was "disturbed... that some consumers are saying their direct debits are going up when they are making huge efforts to reduce their usage to save money at a time when household incomes are squeezed".

He told energy firms: "I am interested to understand how you intend to ensure that your direct debit system does not over-estimate charging."

"I am very keen that all suppliers find a way to make their systems more responsive to these positive changes in consumer behaviour," Mr Shapps said.

Energy UK, the industry trade body, said rising direct debits were inevitable as bills had to reflect the doubling in energy prices since last year.

"Suppliers are required to set direct debits at a level that allows the customer to pay the same amount each month, without running up too much credit or getting into too much debt," said Dhara Vyas, Energy UK's director of advocacy.

"If customers use less energy than anticipated, then they will build up credit and this will be reflected the next time the supplier reviews their direct debit.

"We know many households will be trying to cut down where they can right now but it's only when a reduction is shown in consistently lower meter readings, for example, that suppliers can reflect it," Ms Vyas said.

A recent Ofgem review found that the majority of suppliers had only "minor issues" with their processes for setting direct debits, she added.

Earlier this year, Ofgem conducted a review into how energy firms were charging customers by direct debit, following complaints about soaring charges and credit balances.

About 500,000 households had seen their payments double, according to Ofgem, despite prices rising by 54%.

An Ofgem spokesperson said that following the review the regulator had set out the changes it required from suppliers, and would continue to work with the government on the problem.

"More now than ever, customers need to be confident that they aren't paying more than necessary to manage their energy bills," the spokesperson said.

Ofgem would "not hesitate to take any further action necessary to make sure customers are treated fairly" he added.

Household energy costs are set to rise again next year.

Last week, Ofgem announced another increase in the official price cap - the level energy bills would be without the government intervention to keep bills down. Ofgem said without the Energy Price Guarantee from January the typical annual energy bill would have been £4,299.

While the government support will continue, it is being scaled back from April, when a typical annual bill will increase to £3,000.

Some groups across the UK, including those on means-tested benefits, pensioners and some people on certain disability benefits will receive cash payments. 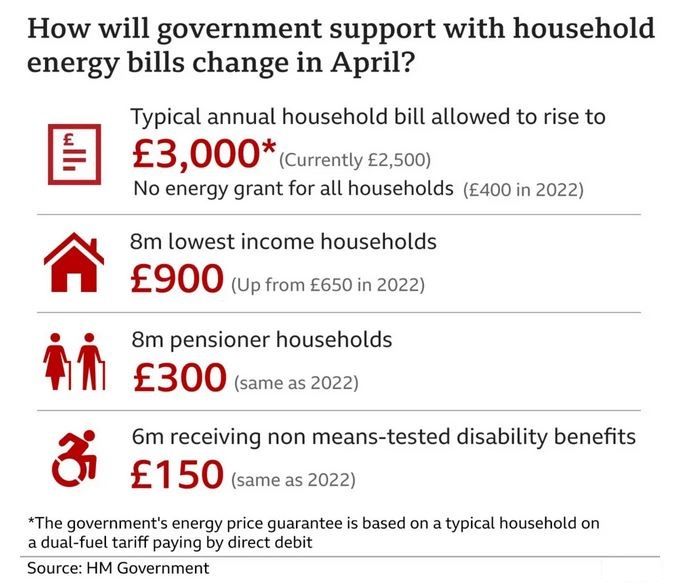