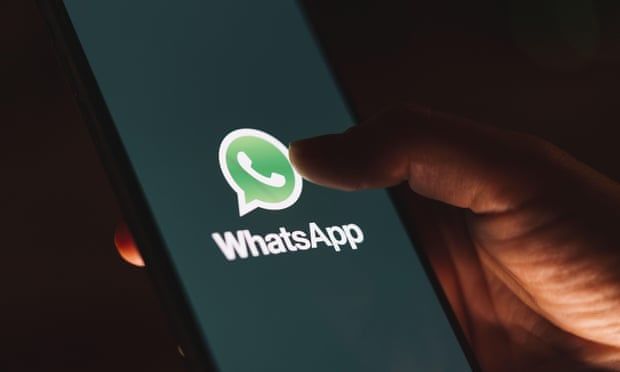 Information commissioner defends role of privacy protections in face of government-backed campaign
The UK data watchdog has intervened in the debate over end-to-end encryption, warning that delaying its introduction puts “everyone at risk” including children.

The Information Commissioner’s Office said strongly encrypting communications strengthens online safety for children by reducing their exposure to threats such as blackmail, while also allowing businesses to share information securely.

The watchdog was responding to the launch of a government-backed campaign that said social media platforms would be “willingly blindfolding” themselves to child abuse if they pushed ahead with end-to-end encryption for private messaging.

“E2EE [end-to-end encryption] serves an important role both in safeguarding our privacy and online safety,” said Stephen Bonner, the ICO’s executive director for innovation and technology. “It strengthens children’s online safety by not allowing criminals and abusers to send them harmful content or access their pictures or location.”

Child safety campaigners have warned that the encryption plans would prevent law enforcement, and tech platforms, from seeing messages by ensuring that only the sender and recipient can view their content – a process known as end-to-end encryption.

Mark Zuckerberg’s Facebook Messenger and Instagram apps are preparing to introduce end-to-end encryption and their plans were strongly criticised last year by the home secretary, Priti Patel, who described them as “not acceptable”.

Bonner said accessing encrypted content was not the only way to catch abusers. Other methods used by law enforcement include infiltrating abuse rings, listening to reports from children targeted by abusers and using evidence from convicted abusers.

He added: “Until we look properly at the consequences, it is hard to see any case for reconsidering the use of E2EE – delaying its use leaves everyone at risk, including children.”

The ICO, which oversees the protection of people’s data in the UK, believes that end-to-end encryption is one of the most reliable ways of protecting the data of people who use large messaging platforms. Bonner said encryption protects children by preventing criminals and abusers from accessing their pictures – which could expose them to the risk of blackmail – and their location.

Damian Hinds, the home office minister, said the government-backed campaign, called No Place to Hide, was calling for a “more balanced debate” on the issue. Writing in the Times, he added: “There is a risk that end-to-end encryption, without the right safety capabilities, blinds companies and law enforcement, taking us backwards. Neither this government, nor society as a whole could accept that.”

Responding to the ICO, the NSPCC said end-to-end encryption offered privacy benefits but put children at risk if it was poorly implemented. “That’s why the NSPCC wants companies to risk assess end-to-end encryption and balance the privacy and safety requirements of all users, including young people, to ensure it is rolled out in the best interests of the child,” said Andy Burrows, head of child safety online policy at the charity.
#Mark Zuckerberg  #Priti Patel  #Facebook
Add Comment