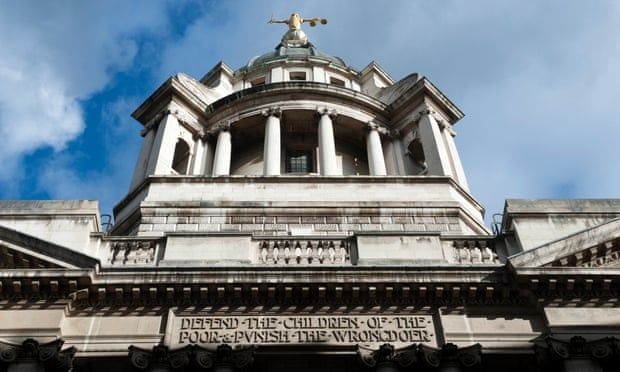 EncroChat service allegedly used to secure weapon for London killing and to plan another that did not take place
A sophisticated encrypted phone messaging system was used to supply a firearm for a murder and to hatch a failed plot to carry out another killing, an Old Bailey jury has been told at the trial of two men whose secret communications were intercepted.

The so-called EncroChat service was allegedly used to procure a firearm to carry out a murder in London in 2020 and to plan another that did not take place.

Paul Fontaine, 36, was a “criminal middleman” who supplied weapons, drugs and counterfeit currency to other professional criminals, communicating with them on encrypted phones, said the prosecuting counsel, Kevin Dent QC.

In this role, he conspired with others to transfer a firearm that was used in the murder of Abdullahi Mahmoud in March 2020, the court heard. He is charged with conspiracy to supply a firearm in connection with that murder.

Fontaine is also alleged to have conspired with Frankie Sinclair, 34, to murder a rival of Sinclair’s called Keiron Hassan, and others, in the course of a dispute between Sinclair and a rival group.

Sinclair allegedly sought the assistance of Fontaine to procure a handgun and ammunition to carry out a “revenge murder” after his mother’s home in Cardiff had come under attack. Both men are charged with conspiracy to murder.

During the messaging, Fontaine communicated his involvement in the murder of Mahmoud, indicating he had earlier arranged to supply a firearm for a murder, the court heard. Sinclair was alleged to have taken possession of a Walther PPK handgun and ammunition in order to kill Hassan.

Sinclair was involved in a dispute with a rival group that had escalated and led to his mother’s house being targeted by three men armed with firearms and a crossbow in March 2020. He believed that group of men to include or have been directed by Keiron Hassan and he engaged Fontaine’s services to carry out the murder of the attackers, the court heard.

The court heard that Hassan was soon afterwards taken into custody and thus the attack could not take place. Sinclair was said to have also been involved in supplying class A drugs, offences for which he has already pleaded guilty.

“EncroChat devices are like mobile phones but they are highly secure,” said Dent. “They offer higher levels of security. An EncroChat device can only communicate with another EncroChat device, not the kind of mobile you could use for cinema tickets or to order a pizza … each device is assigned a unique handle or name.”

The court heard that Sinclair’s handle was “Nudetrain” and Fontaine’s was
“Usualwolf”.

The handsets cost more than £1,000 and were not available in shops. “It is an expensive product but an extremely useful device for organised criminals to use in order to be able to communicate with others without anyone outside being able to find out,” the court heard.

Although law enforcement agencies had later been able to access the information available on the devices, “at the time users thought that no one else could. We suggest that they [Sinclair and Fontaine] were pretty upfront and explicit, there was no beating about the bush.”

In one communication, Fontaine had indicated that he was short of firearms “because part of his own stock had been used in a murder”. In another message Sinclair asked Fontaine for “sweets”, which the court was told meant bullets, which cost £10 each.

“Need them sweets ain’t looking to waste none,” said another message. A further one read “I need 2 savages so can do 2 glides in 1 wA u saying I pay them,” which the prosecution suggested was Sinclair’s request to Fontaine for extra manpower and cars to assist him.

Another reference in messages was to “duppy”, a slang term for ghost, indicating that death would be involved. Sinclair supposedly referred to the handgun in the messages as a “James Bond ting”.

“They were both also involved in other criminal enterprises,” the court heard. “Paul Fontaine, as part of his role in serving the needs of criminals, was also involved in the supply of heroin and counterfeit currency.”

Both men deny conspiracy to murder and all other charges.