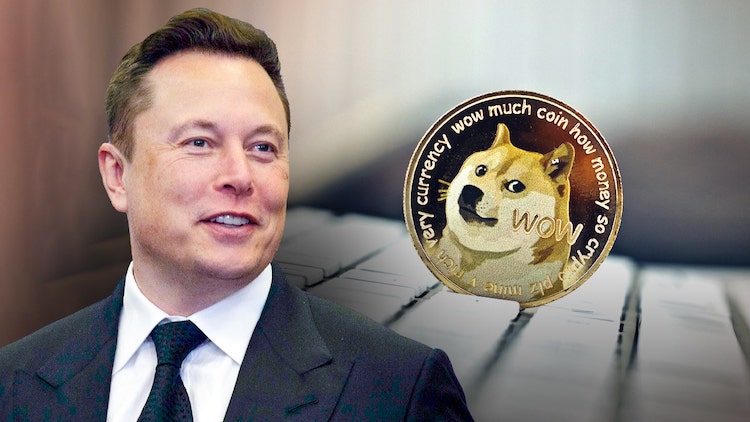 Elon Musk: DOGE and Crypto Are The Future, Here's Why

Technoking of Tesla Elon Musk gets ready for his big day as host of popular American comedy show Saturday Night Live. Dogecoin (DOGE) investors expect a massive pump on Saturday 8th when Musk is supposed to present a sketch called “The Dogefather”.

Technoking of Tesla Elon Musk gets ready for his big day as host of popular American comedy show Saturday Night Live. Dogecoin (DOGE) investors expect a massive pump on Saturday 8th when Musk is supposed to present a sketch called “The Dogefather”.

However, the entrepreneur issued some warnings words from those risking their life savings in the possible rise of the meme cryptocurrency. Musk spoke with TMZ as he was signing autographs earlier: “the will of the people” is to decide DOGE’s future.

He said that Dogecoin’s infinite supply could impact its value and added the following:

“I think people shouldn’t invest their life savings in cryptocurrency, to be clear. I think that’s unwise. But if you wanna sort of, you know, speculate and maybe have some fun. There is a good change that crypto is the future currency of earth.“

With his distinctive sense of humor, Musk finds it ironic that this nascent class, with the potential to be the world’s reserve currency, to be spearhead by a project that started as a joke. Musk said:

“Which one it is going to be? Maybe it’ll be multiple, it should be considered speculation at this point. The point is that Dogecoin was invented as a joke, as essentially to make fun of cryptocurrencies. Fate loves irony, what it would be the most ironic outcome? That the currency that was invented as a joke, in fact becomes the real currency. To the moon!“

DOGE is Musk’s Own Stimulus Check

In the higher timeframes, DOGE has been making massive gains after a 100% rally in the weekly chart and an 847% profit in the monthly chart. The trend could extend until Musk’s performance.

Holders expect the cryptocurrency to rise above $1 to “fulfill the prophecy”, as some have stated. In the meantime, volatility could rise. Holders should look at the $0.37 range as a critical support zone.

The entrepreneur views Dogecoin as “hope” for people affected by the Covid-10 pandemic and the lockdown measures. An investor and active member of Dogecoin Community @itsALLrisky said the cryptocurrency is “Elon’s private stimulus” check and he responded: “That is how I feel about it”.

Source: Elon Musk: DOGE and Crypto Are The Future, Here's Why – Fintechs.fi