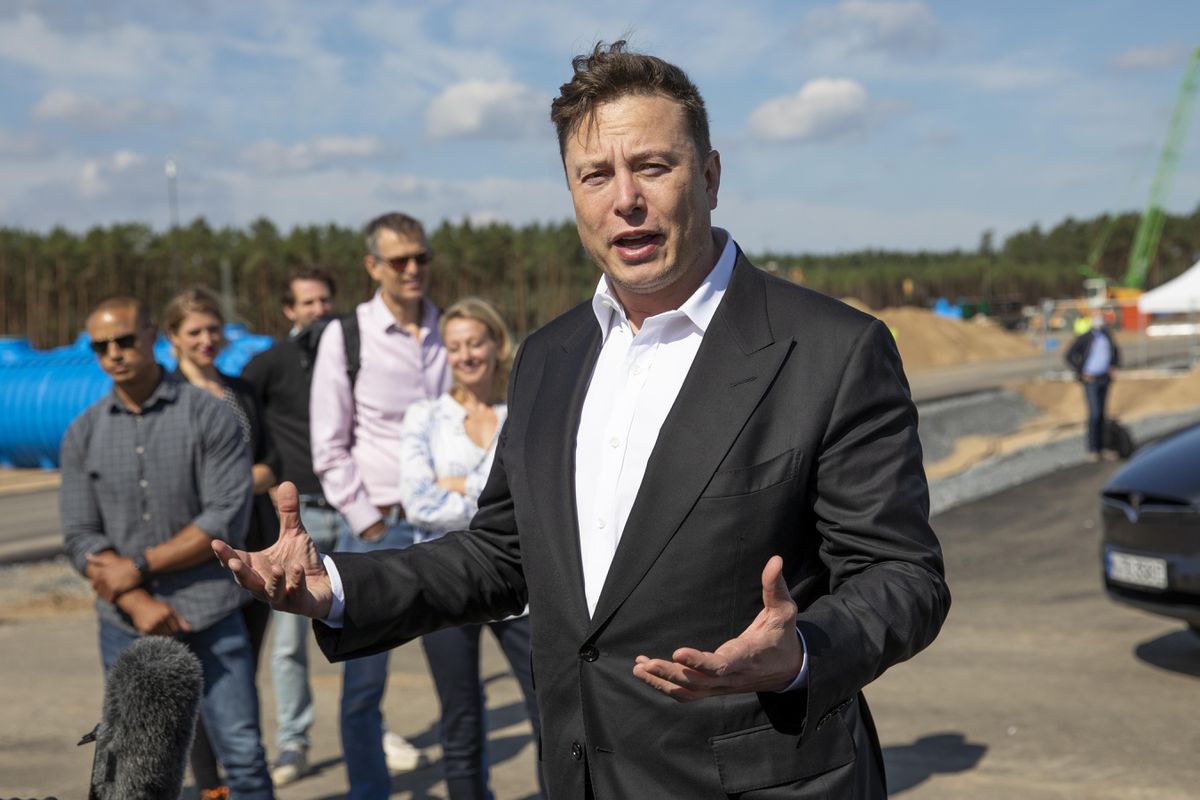 Elon Musk: Bitcoin On ‘The Verge Of Broad Acceptance’

Elon Musk, the billionaire chief executive of electric car-maker Tesla TSLA -5%, has said he thinks the soaring cryptocurrency bitcoin is on "the verge" of breaking into traditional finance.
Musk, who revealed last month he is open to being paid in bitcoin, made the comments during a wide-ranging interview on the app Clubhouse that also covered manned missions to Mars and Musk's implantable brain–machine interface Neuralink.

"I do at this point think bitcoin is a good thing," Musk told a packed Clubhouse chat room, adding he doesn't "have a strong opinion on other cryptocurrencies."

"I am a supporter of bitcoin. I am late to the party but a supporter. I think bitcoin is on the verge of getting broad acceptance by conventional finance people."

Musk's comments put him at odds with many global central bankers and regulators who have recently warned bitcoin is primarily used for illicit purposes and to launder money.

Musk said that people had tried to get him involved in bitcoin in the past, going back as far as 2013, when bitcoin was worth a fraction of what it is now—trading at under $100.

The bitcoin price has soared around 200% since October, surging to over $40,000 per bitcoin before falling back slightly. The blistering bitcoin rally has largely been put down to institutional investors warming to the cryptocurrency and payments giants such as PayPal PYPL -1.5% adding their support—though bubble fears have emerged.

Last week, Musk—whose tweets about bitcoin and joke cryptocurrency rival dogecoin often move the market—sent the bitcoin price sharply higher when he gave bitcoin a long-awaited tacit endorsement following restrictions being placed on the trading of company shares that have become a battleground for bullish retail traders organised via Reddit's WallStreetBets forum and Wall Street hedge funds that have long been shorting the stocks.

"I have to be careful what I say, it can affect the market," Musk said via Clubhouse, addressing the power of his near-45 million followers on Twitter.

"The most entertaining outcome... would be that dogecoin becomes the currency of earth in the future. Occasionally I make jokes about dogecoin, but they are really meant to be jokes. Dogecoin was made as a joke to make fun of crypto, but fate loves irony."

The bitcoin price, after dipping under $30,000 per bitcoin last week, suddenly leaped 20% higher last week after Musk changed his Twitter bio to "#bitcoin" and posted: "In retrospect, it was inevitable."

The bitcoin price has fallen back since Musk's tweet, giving up almost all its short-lived gains.

Musk's latest Clubhouse comments have so far failed to move the bitcoin price, with expectations high ahead of the interview that he might have been readying a Tesla-related bitcoin announcement.

In December, Musk sparked speculation his electric car company could add bitcoin to its balance sheet during a public exchange on Twitter when he asked whether it was possible to convert billions of Tesla's dollars to bitcoin.
#Elon Musk  #Tesla  #WallStreetBets

Oh ya 35 days ago
Its a pump and dump stock is all it is. Answer 2 questions.. What is the backing to Bitcoin and were does its value come from
View all comments (1)Add comment