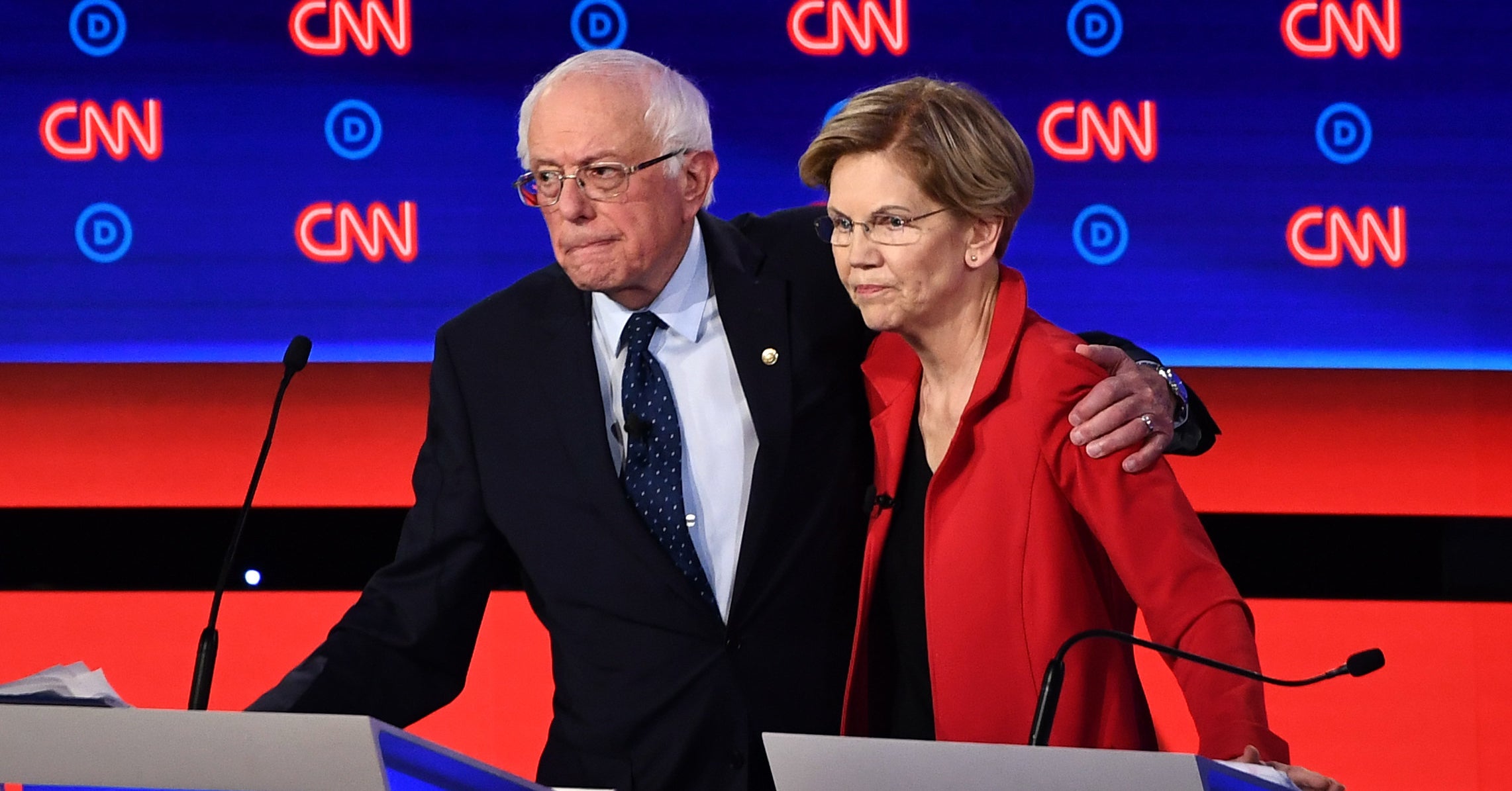 Sanders had blamed the story on “staff who weren’t in the room [and] are lying about what happened.”
Elizabeth Warren has offered an explosive account of a meeting with Bernie Sanders in which he said he didn’t believe a woman could win in 2020.

On Monday evening, after a day of her campaign declining to comment on the story, the candidate issued a statement confirming her recollection of the meeting.

"Among the topics that came up was what would happen if Democrats nominated a female candidate," Warren said in the Monday evening statement. "I thought a woman could win; he disagreed. I have no interest in discussing this private meeting any further because Bernie and I have far more in common than our differences on punditry."

Sanders has denied the story, first reported by CNN, as a total fabrication by “staff who weren’t in the room [and] are lying about what happened,” he said in a lengthy statement issued Monday. Three people who heard Warren talk in early 2019 about the meeting said on Monday that their memory of her telling matched CNN’s reporting.

The fact that the candidate was herself the source of the story renders Sanders’ first response -blaming it on “lying” staffers -inoperative, and ensures that the two senators will be forced to discuss the details of the disputed December 2018 meeting at Tuesday night’s debate here in Iowa.

In the meeting between Warren and Sanders, both of whom frequently refer to the other as a “friend,” the Massachusetts senator informed her colleague that she planned to run for president. In his statement denying the CNN account of the meeting, Sanders said it would be “ludicrous to believe” that he responded by saying a woman couldn’t win the election.

“What I did say that night was that Donald Trump is a sexist, a racist, and a liar who would weaponize whatever he could,” Sanders said Monday. “Do I believe a woman can win in 2020? Of course! After all Hillary Clinton beat Donald Trump by 3 million votes in 2016.

“It’s sad that, three weeks before the Iowa caucus and a year after that private conversation, staff who weren’t in the room are lying about what happened.”

The bitterness between the two candidates comes as their long-running campaign truce is showing signs of falling apart. Over the weekend, Politico reported that Sanders’ campaign had given volunteers an organizing script that instructed them to cast Warren as a candidate whose supporters were "highly educated, more affluent people who are going to show up and vote Democratic no matter what" and would bring “no new bases into the Democratic Party.”

The next day, at an event in Iowa City, Sanders denied any prior knowledge of the volunteer script, calling it the product of someone who “[said] things that they shouldn't [have].”

“We have over 500 people on our campaign. People do certain things. I'm sure that on Elizabeth's campaign people do certain things as well,” Sanders said. “But you have heard me for months. I have never said a negative word about Elizabeth Warren, who is a friend of mine. We have differences on issues. That's what a campaign is about. But no one is going to be attacking Elizabeth.”

Warren, asked by reporters Sunday about the talking points, said she was “disappointed” Sanders was “sending his volunteers out to trash [her].”

Warren and Sanders will soon have a chance to face each other and address the fracture directly: They will both be onstage in Des Moines on Tuesday night for the last primary debate before the state’s caucuses.
Add Comment