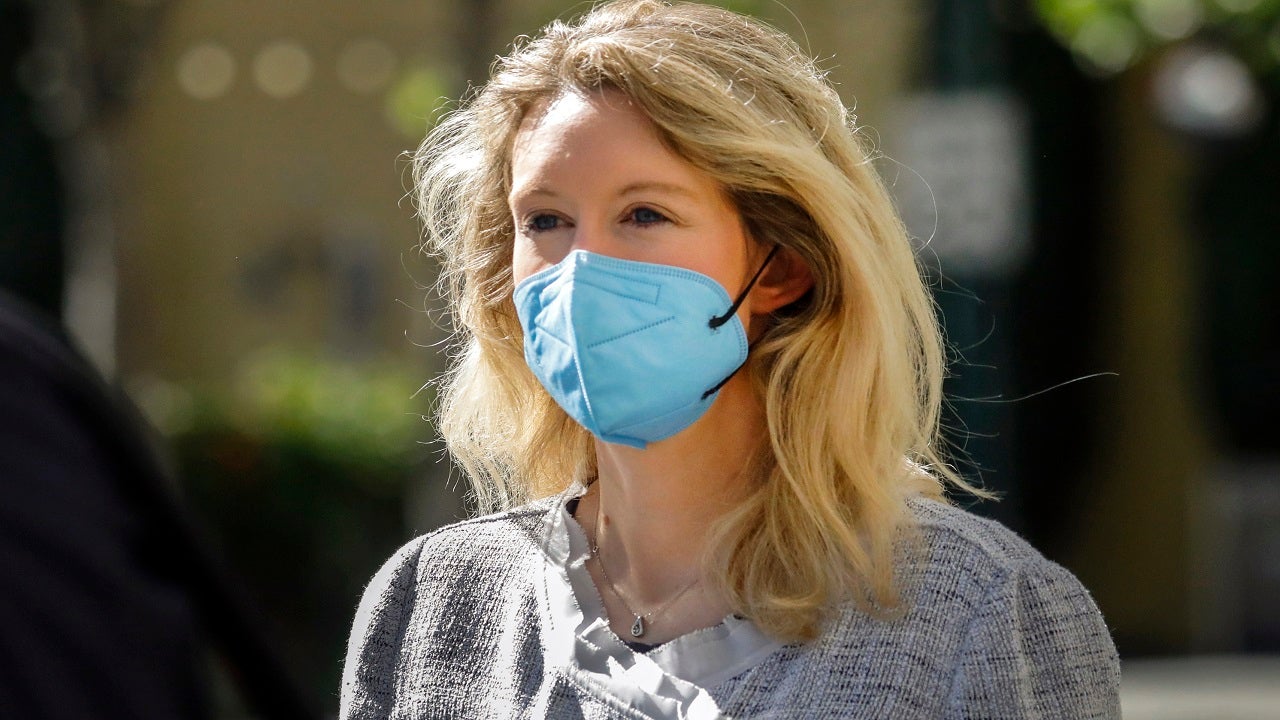 Biotech startup founder alleges decade-long controlling relationship with former partner in court filings; he denies abuse
Theranos Inc. founder Elizabeth Holmes could argue at her upcoming criminal fraud trial that she was in a decade-long abusive relationship with former Theranos President Ramesh "Sunny" Balwani that left her under his control during the period in which the government alleges the two blood-testing executives committed a massive fraud, newly revealed court records show.

Ms. Holmes claims the abuse by her former business and romantic partner was psychological, emotional and sexual, according to the documents.

Ms. Holmes accused Mr. Balwani of controlling what she ate, when she slept and how she dressed, throwing sharp objects at her and monitoring her text messages and emails, among other things, according to one of the filings.

Mr. Balwani "unequivocally denies that he engaged in any abuse at any time," according to one of the newly unsealed filings. His lawyer, Jeffrey Coopersmith, argued this week that the filings should remain under seal so that Mr. Balwani’s trial, currently scheduled for early next year, can be fair. Mr. Coopersmith didn’t respond to a request for comment after the filings became public overnight.

The revelations, days before her trial is set to begin, shed light for the first time on how Ms. Holmes’s lawyers might mount a mental-health defense, as well as on a judge’s decision to separate the trials of Ms. Holmes and Mr. Balwani, who were jointly charged with wire fraud and conspiracy to commit wire fraud in June 2018. Both have pleaded not guilty.

Attorneys for Ms. Holmes didn’t respond to a request for comment Saturday. Ms. Holmes isn’t bound to pursue the mental-health defense and can change her defense strategy at any point in the trial.

The newly released documents were filed in court under seal between late 2019 and mid 2020. They became public after U.S. District Judge Edward Davila ruled this week in favor of a legal challenge by Dow Jones & Co., the publisher of The Wall Street Journal.

Jury selection begins Tuesday in Ms. Holmes’s trial in San Jose, Calif., where prosecutors will seek to prove she misled investors and patients about the nature of Theranos’s blood-testing technology. The once-hot Silicon Valley startup claimed to be able to test for a wide range of health conditions using just a few drops of blood from a finger prick. In reality, as the Journal first reported in 2015, Theranos’s proprietary technology was unreliable and the company ran many of its tests on commercial analyzers, including some that it modified to work with smaller blood samples.

Ms. Holmes met Mr. Balwani, a veteran tech executive about 20 years her senior, when she was a student at Stanford University, and he later joined her at Theranos as its president and chief operating officer. The pair kept their romantic relationship secret from investors, board members and company employees for years, according to depositions of former directors and staff members taken in civil cases brought by disgruntled investors and reviewed by the Journal.

Mr. Balwani used his personal wealth, gained from his work at an earlier tech startup, to help prop up Theranos, including putting his own money up as collateral for a loan in 2009 and later investing in the company, according to the deposition of Theranos’s former corporate controller.

Ms. Holmes and Mr. Balwani worked closely together until he departed in 2016 as the company faced a raft of regulatory, legal and public relations challenges.

The newly public court documents include filings by Ms. Holmes indicating she could bring a mental-health or mental-defect defense, based on what she called the psychological impact of the relationship with Mr. Balwani and abusive tactics that allowed him to exert control over her.

This line of defense could also include testimony that Ms. Holmes suffers from post-traumatic stress disorder, the filings show, from the relationship with Mr. Balwani and a second event that remains redacted in the court record.

The filings show Ms. Holmes could argue that "she lacked the intent to deceive because, as a result of her deference to Mr. Balwani, she believed that various representations were true."

Jason Roof, a forensic psychiatrist and professor at University of California, Davis, said defenses rooted in PTSD can help explain situations where brief, acute episodes severely impaired a defendant’s behavior, but could be more challenging in cases like Ms. Holmes’s.

"Given the complexity of a white collar crime over the span of a great deal of years, making the case that a person throughout each of those dealings was unable to understand the nature and quality of what they were doing is going to be difficult," said Dr. Roof, who conducts psychiatric evaluations in criminal cases, but isn’t involved in Ms. Holmes’s.

People close to Ms. Holmes during Theranos’s rise and fall said they observed that Mr. Balwani was typically deferential to Ms. Holmes in public and that Ms. Holmes seemed to be in full control of decisions made at the company.

Also unsealed were motions made by Mr. Balwani and Ms. Holmes asking the court to separate their trials, citing her allegations against him.

Mr. Balwani requested a separate trial from Ms. Holmes in December 2019, arguing that there would be "devastating prejudice" if she raised her allegations against him at a joint trial. "In the minds of nearly any potential juror this Court finds, this case will be against a sexual predator," rather than a tech executive, Mr. Coopersmith argued in a motion.

Judge Davila scheduled Mr. Balwani’s trial second when granting the motion to split the proceedings in March 2020. It is expected to begin early next year.

In Ms. Holmes’s request for separate trials, her lawyers argued that the physical presence of Mr. Balwani in the same courtroom could be an emotional and psychological trigger that could make it hard for her to concentrate during her case.

One of Ms. Holmes’s lawyers told the judge it "was highly likely Holmes would testify" about Mr. Balwani’s abuse, an unsealed court order shows, shedding light on the question of whether jurors would hear from her directly.

Ms. Holmes’s attorneys have said they could call Mindy Mechanic as an expert witness tied to the mental-health defense. The newly unsealed documents show Dr. Mechanic would testify about intimate partner abuse, its psychological effects during and after the relationship and whether Ms. Holmes and Mr. Balwani’s relationship fits that definition.

Portions of the filings remained redacted under the order by Judge Davila. The filings indicate Ms. Holmes may have been especially susceptible to being controlled by an abusive partner, but details about this suggestion remain redacted. The unsealed records show Dr. Mechanic’s testimony could address how survivors of past sexual abuse are susceptible to being victimized again.

Ms. Holmes also had told confidantes over the years that she was a past survivor of sexual assault before meeting Mr. Balwani, people who were close to her said in interviews.
Add Comment