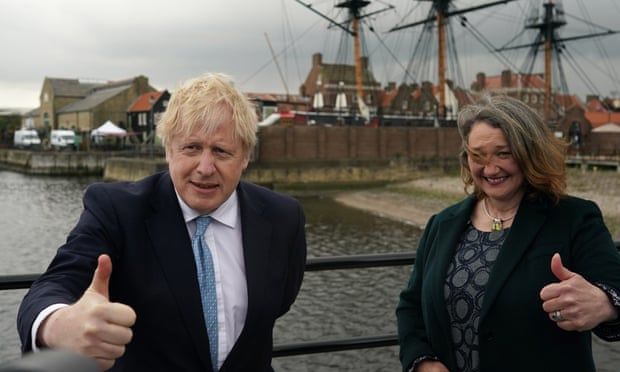 Conservatives ride high in leave-voting areas of England, but face a challenge from Scottish nationalism
The Conservatives are on a high but are at risk of presiding over the breakup of Britain; Labour has yet to develop an effective political strategy to challenge Boris Johnson, while the Liberal Democrats are still stuck in the doldrums.

These were the key messages that emerged from Thursday’s bumper crop of local and devolved elections, whose results have now all been declared.

Typically, voters give the incumbent government a kicking in local elections – they represent a chance to protest without letting the opposition in. However, the Conservatives are enjoying a six-point lead in the opinion polls and that lead was fully reflected in the local ballot boxes.

The Conservatives made nearly 300 gains of English council seats, while Labour lost more than 250. Most of the turnover occurred where the elections should have been held last year but were postponed because of the pandemic. When they were last fought in 2016, Labour and the Conservatives were roughly even in the polls.

In contrast, the elections that should have been held this year were last fought in 2017, when the Conservatives had a double-digit lead. In these elections, there was actually a small swing to Labour – but that reflected how badly Labour did last time rather than provide evidence that the party had not done so badly after all.

The Conservative advance was much stronger in leave-voting areas than in remain-supporting ones. Rather than showing signs of disappearing, the Brexit division that led to the collapse of Labour’s red wall in 2019 was still very much in evidence.

That explains why, for example, Labour lost the (pro-Brexit) Hartlepool byelection and Durham county council, but had relatively little difficulty in getting Sadiq Khan reelected as mayor of (remain-voting) London and gained a new mayor in Cambridgeshire.

Labour has spent most of last year questioning Boris Johnson’s competence. That brought some dividends until the government came up trumps on vaccine delivery. At the same time, the party had hoped that now that Brexit was done, voters would put it behind them, too – but they have not.

The party has failed to develop a vision that poses a challenge to a Conservative government that is more interventionist than its predecessors, and which is happy to trumpet the benefits of Brexit. It might be wise to draw on the experience of the party in Wales, which largely withstood the Conservative tide and scored one of its best performances yet in a Senedd election.

Although the Liberal Democrats performed better in the local ballot boxes than their current standing in the polls, as they always do, they did little more than tread water. Their vote was up a point on 2016, but down one on 2017.

But if Johnson faces a weak opposition in Westminster, he is now confronted by a strong nationalist challenge in Scotland. Although the SNP narrowly failed to secure an overall majority at Holyrood, between them the nationalists and the Greens have a majority of 15 – and are pledged to hold another independence ballot.

This means that support in Scotland for staying in the UK is still significantly lower than it was before Boris Johnson embarked on a Brexit with which most voters in Scotland are out of sympathy. He now needs urgently to try to change their minds.
#vaccine  #Boris Johnson
Add Comment