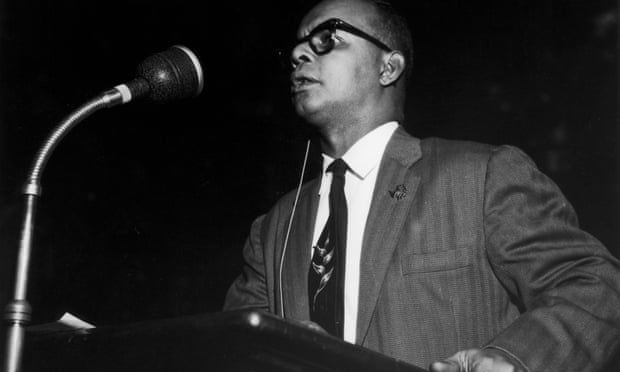 In 1938, a brilliant young Black scholar at Oxford University wrote a thesis on the economic history of British empire and challenged a claim about slavery that had been defining Britain’s role in the world for more than a century.

But when Eric Williams – who would later become the first prime minister of Trinidad and Tobago – sought to publish his “mind-blowing” thesis on capitalism and slavery in Britain, he was shunned by publishers and accused of undermining the humanitarian motivation for Britain’s Slavery Abolition Act.

Now, 84 years after his work was rejected in the UK, and 78 years after it was first published in America, where it became a highly influential anti-colonial text, Williams’s book, Capitalism and Slavery, will finally be published in Britain by a mainstream British publisher.

Fans of the book include the rapper and author Akala, the novelist Monique Roffey, the poet Michael Rosen and Sathnam Sanghera, author of Empireland. He welcomed the news that 40 years after Williams’s death, British people are “finally waking up” to the significance of his work: “I think it’s amazing he hasn’t been published until now, because you can’t really make sense of Britain’s involvement in transatlantic slavery without reading his book,” Sanghera said. “You cannot begin to talk about slavery without talking about it. It’s so important.” 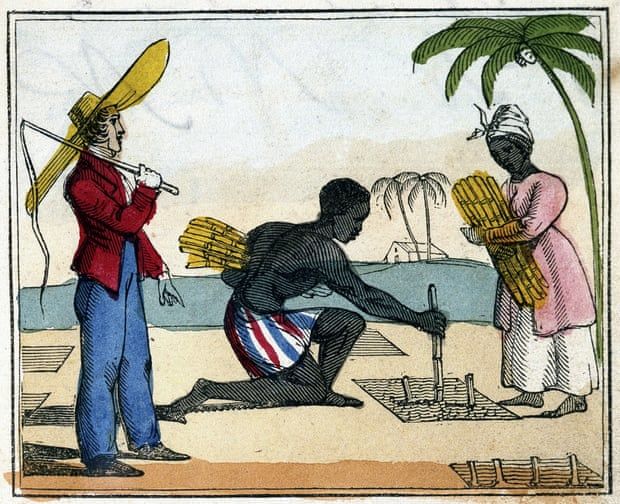 Enslaved people working in the cane fields, 1826. Much of Britain’s wealth came from sugar.

Slavery, Williams argues, was abolished in much of the British empire in 1833 because doing so at that time was in Britain’s economic self-interest – not because the British suddenly discovered a conscience.

“The capitalists had first encouraged West Indian slavery and then helped to destroy it,” he writes. In the early 19th century, slave-owning sugar planters in the Caribbean British colonies enjoyed a monopoly on the supply of sugar to Britain, because of an imperial tax policy of protectionism. Williams argues: “When British capitalism depended on [sugar and cotton plantations in] the West Indies, they [the capitalists] ignored slavery or defended it. When British capitalism found the West Indian monopoly [on sugar] a nuisance, they destroyed West Indian slavery as the first step in the destruction of West Indian monopoly.”

In great detail, he lays out the scale of the wealth and industry that was created in Britain, not just from the slave plantations and in the sugar refineries and cotton mills, but by building and insuring slave ships, manufacturing goods transported to the colonies – including guns, manacles, chains and padlocks – and then banking and reinvesting the profits.

It was all this wealth created by slavery in the 17th and 18th centuries that powered the Industrial Revolution in the 19th century, Williams argued. And it was this economic change that meant the preferential sugar duties – which artificially pushed up the price of sugar in the UK, a deliberate policy that had once so suited the many wealthy British families involved in the slave trade – came to be seen by 19th-century industrialists as an “unpopular” barrier to free trade, low factory wages and global domination.

The book, to be published by Penguin Modern Classics on 24 February, also traces the emergence of the slave trade in the 16th century when the demand for labour exceeded the number of white convicts and poor, white, indentured servants willing to work the land cheaply. “A racial twist has been given to what is basically an economic phenomenon. Slavery was not born of racism: rather, racism was the consequence of slavery,” he writes.

Williams submitted his manuscript to the most “revolutionary” publisher he could find in 1930s Britain, Fredric Warburg, who had published Hitler’s Mein Kampf in 1925 and would later go on to publish George Orwell’s Animal Farm and Nineteen Eighty-Four. 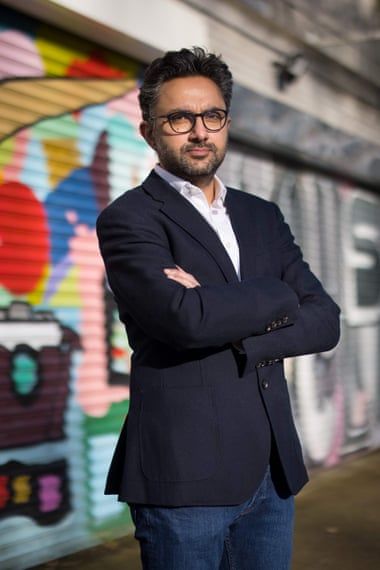 It was rejected out of hand. Any suggestion that the slave trade and slavery were abolished for economic and not humanitarian reasons ran “contrary to the British tradition”, Warburg told him, adding: “I would never publish such a book.”

Even in modern Britain, Sanghera said, this attitude persists: “Williams said: ‘The British historians wrote almost as if Britain had introduced Negro slavery solely for the satisfaction of abolishing it.’ And that is the truest thing ever said about Britain’s attitude to slavery. We almost act as if we weren’t involved in it. We focus on the fact that we abolished it, we don’t like to talk about what Williams talks about in the book: that we made a load of money out of it, that it was – more than anything else – an economic exercise. It made so many people in Britain so rich, and that wealth still exists today.” Sanghera adds: “It’s a totally essential book. I was 42 when I first read it and it blew my mind.”

One reason the book still has the power to shock is because, to this day, British historians still do not take the arguments in Williams’s book seriously, according to Kehinde Andrews, professor of Black studies at Birmingham City University and author of The New Age of Empire. “The orthodoxy of the history of the Industrial Revolution is that slavery wasn’t important. If you go to most universities, most academics will say that and they’ll dismiss the book – because they just cannot accept that the Industrial Revolution could not have happened without slavery. It’s that simple. You cannot have one without the other, which this book made the case for in 1938. And it’s still being ignored.”

Capitalism and Slavery continued to be spurned by British publishers until 1966, when a small university press gave it a very limited print run here.

However, the text – which is still in print in America and has been translated into nine different languages and published all over the world – has been inaccessible and out of print in this country for years. “It’s good that the book’s being published by a major publisher, but it’s kind of an indictment that it’s taken more than 80 years,” said Andrews. “I hope people read it and it’s nice it’s available. But I think it will probably just get ignored in Britain, the way it has been, largely, in the past.”

Reset Ryan 200 days ago
hmm so the counter-narrative on slavery was that it was being used to fuel the industrial revolution? And now we're seeing jab slavery take root, to fuel the Davos / Bill Gates Great Reset in preparation for the 4th Industrial Revolution they're trying to bring about. Anyone else seeing a pattern here? This is a money grab for them to continue using the same play book, securing their financial dominance. We have to reset them before they can reset us.
View all comments (1)Add comment