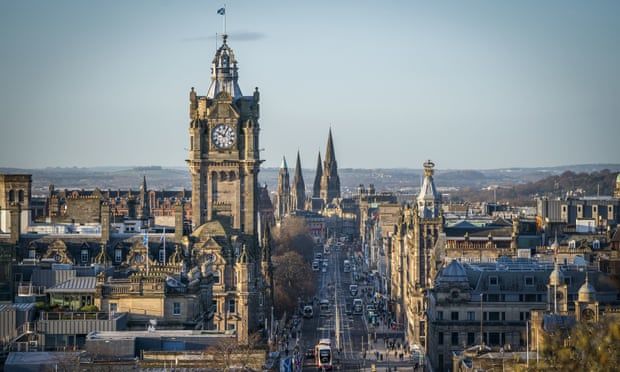 Venues at the Edinburgh fringe say they are expecting a 25% decrease on ticket sales this year compared with 2019 as a result of soaring accommodation costs pricing out visitors.

Eight of the biggest fringe venues – Assembly, Dance Base, Gilded Balloon, Just the Tonic, Pleasance, Summerhall, Underbelly and Zoo – said they expected to sell 1,486,746 tickets this year, compared with 1,965,961 in 2019.

Coming together as EdFest.com, the venues said the lower sales represented a “major threat” to their financial viability.

A spokesperson for EdFest.com said: “There has been a real appetite and energy for shared, live experiences in Edinburgh over the last few weeks and the quality of the programme has been incredible – yet, the forecast number of tickets we’ve collectively sold is down 25% compared to 2019 which is a major threat for everyone involved in the festival.”

Citing the cost of living crisis, the lingering effects of the pandemic and the summer’s travel disruptions as “very real continuing challenges to our industry”, the spokesperson said the biggest problem was the “soaring cost of accommodation in Edinburgh in August”, which has priced our audiences and artists alike.

Accommodation costs have rocketed this year owing to changes in Scottish law banning fixed-term tenancies, which has led to more students holding on to their housing over the summer months. Next year, restrictions on short-term lets will mean there are fewer Airbnbs in the city as well.

Performers and punters who spoke to the Guardian said accommodation costs had doubled compared with 2019, leaving many to reconsider attending or performing at the festival.

The EdFest spokesperson added: “[It is] clear to anyone spending time in Edinburgh that there are fewer people in the city this year than in 2019.”

The venues are calling for public support to enable the festival to gradually return to normality over several years, including supporting people who have made losses, addressing accommodation costs and launching a major marketing campaign.

William Burdett-Coutts, the artistic director of Assembly, estimated that venues had missed out on £7m in revenue because ticket sales were down by a quarter, resulting in “significant loss[es]”.

This “really has hurt” the companies delivering the shows, with the result that some may not survive without fundraising or government support, he said. In a normal year Burdett-Coutts said he would expect 10% of the companies he booked not to be able to cover their costs, but this year it would be more like 60%.

He urged the Scottish government to consider adjusting housing rules for the festival. This would include an opt-out of the ban on fixed-term tenancies for students – as is already applied to university-run accommodation – as well as a six-week window in which Airbnbs are not required to have a licence, alongside the introduction of a price cap.

Burdett-Coutts said the fringe and the city of Edinburgh council needed to boost marketing to ensure that “we get people’s enthusiasm and ability to spend up”, adding that the fact the fringe programme did not launch until July was “a mistake”.

“It’s an Olympic-scale event happening every year which we can’t afford to take for granted,” he said, noting that this year each visitor bought on average five tickets, when normally it would be eight, and that Assembly had had half the usual number of journalists register.

Shona McCarthy, the chief executive of the Edinburgh Festival Fringe Society, said this year’s event was the first step in what would be “a long road to recovery and renewal”, and had taken place in “one of the most challenging summers on record”.

She added: “We recognise the significant amount of work that is still required to support the long-term sustainability of this phenomenal festival. As we review and discuss all the learnings from this year, our focus this autumn will be on planning for the 2023 Edinburgh fringe. Collectively we will work to advocate for greater support for those at the heart of the fringe – our artists.”