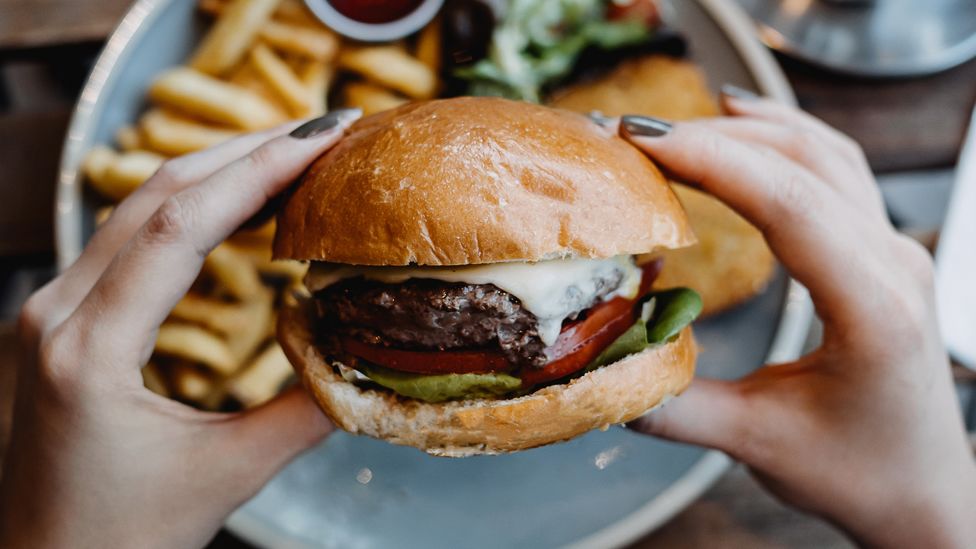 Eating disorder warning against calories on menus in Wales

People living with eating disorders in Wales have not been able to escape a "dangerous" calorie labelling law in England, a charity has warned. 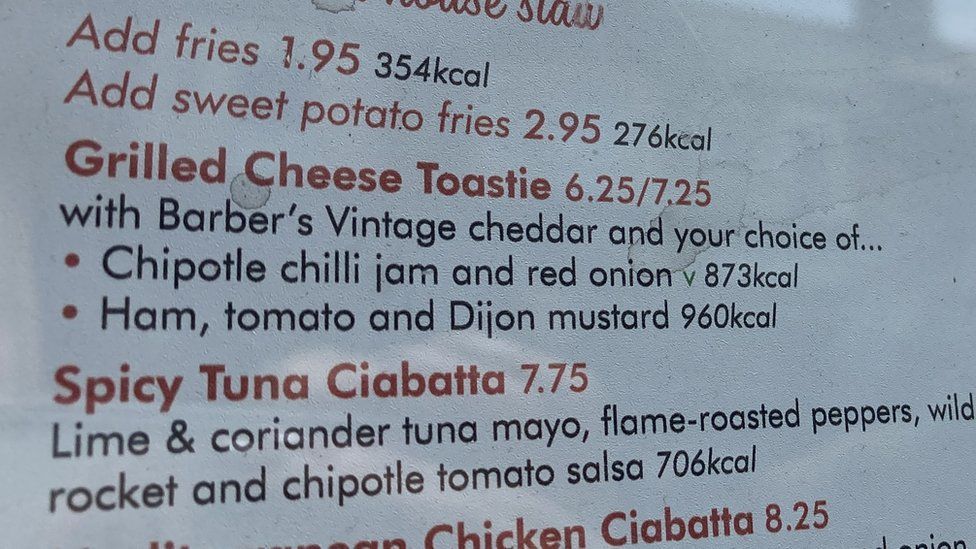 Large restaurants and takeaways in England have needed to list calories on menus since April as part of the UK government's plans to tackle obesity.

The Welsh government is looking at whether to follow suit and has urged people to respond to its consultation.

Beat Cymru said it had seen a 300% increase in the number of people asking for help with eating disorders over the past year.

Natasha Wynne, 32, from Cardiff, has lived with an eating disorder since 2008.

She said she became so ill being "fixated on counting calories" that she collapsed at home.

"It's horrific. You find yourself really stuck all the time making these extra decisions that other people maybe don't think about."

And although Natasha has recovered over the years, she said that seeing calories popping up on menus in Cardiff's restaurants recently has been difficult. 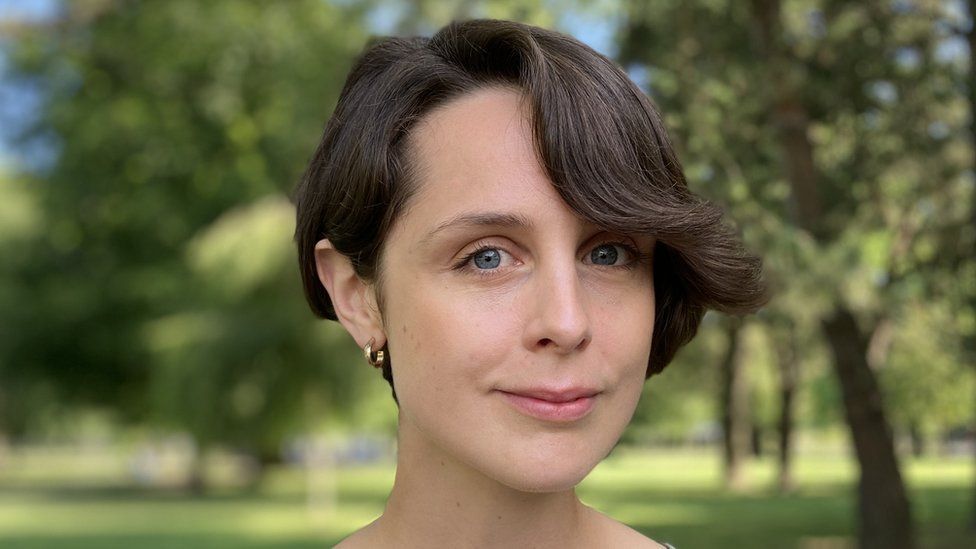 "It took me, through treatment, a really long time to un-learn all that calorie information," she said.

"Thinking about calories on menus, this is why I find this so stressful.

"It's like everything through treatment I had to unlearn because fixating on calories was an unhealthy behaviour, now I'm constantly confronted with this calorie information which I know, for people like me, is really triggering."

Restaurants, cafes and takeaways with more than 250 staff in England must print how many calories are in meals on their menus, websites and on delivery platforms.

But, most restaurants provide an alternative menu without the information.

When Megan Davies, 19, went out to for a meal with her friends in Cardiff last month, the group asked for a menu without calories. 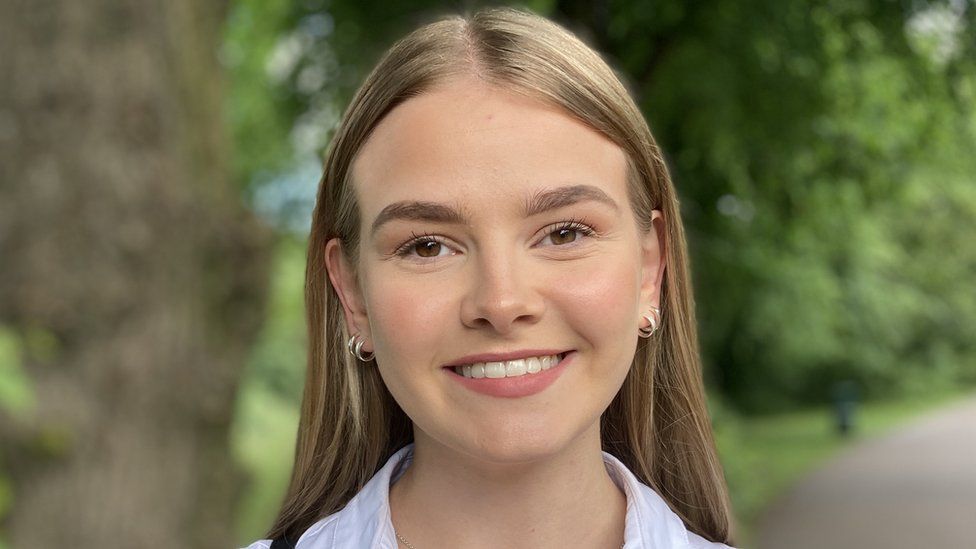 "After we asked, the waitress was very sympathetic, but she said 'no, I'm really sorry, there isn't one available'," she said.

"My friends and I were really let down because we didn't want to see the calorie information.

"It's not yet a rule here to have calories on menus so we were really disappointed."

The restaurant has apologised to Megan after she complained.

The Welsh government is considering the same rule as part of its consultation on healthy eating. 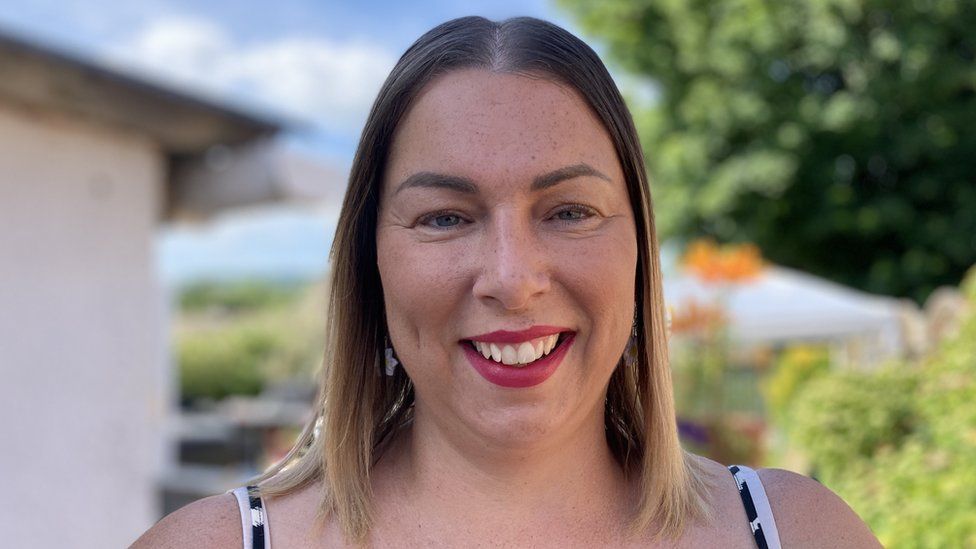 Sioned Quirke is in favour of the new rules

"Having the actual facts on a menu is much better than trying to calculate ourselves what might be in a meal," she said.

"We don't know how it's cooked, portion sizes are so different, so if you've got the facts there in front of you, you're making an informed choice."

But she added that having an alternative menu without calories on request is "important" to give people an option.

"It's estimated that we have over 58,000 people living with eating disorders in Wales," said Siân Brough, deputy service manager at the charity.

"We know that calories on menus can cause severe mental distress to people with this serious mental illness.

"It can contribute to eating disorder thoughts and behaviours worsening.

"We're asking the government to send out a clear message to restaurants, cafes and takeaways across the nation that calorie labelling on menus is not mandatory."

The Welsh government said it was considering "a range of measures" as part of its consultation on health eating.

A spokesman added: "Whilst labelling is not currently mandatory in Wales, some outlets have already introduced calories on menus and we would ask that where possible restaurants provide menus that do not feature calorie details on request."