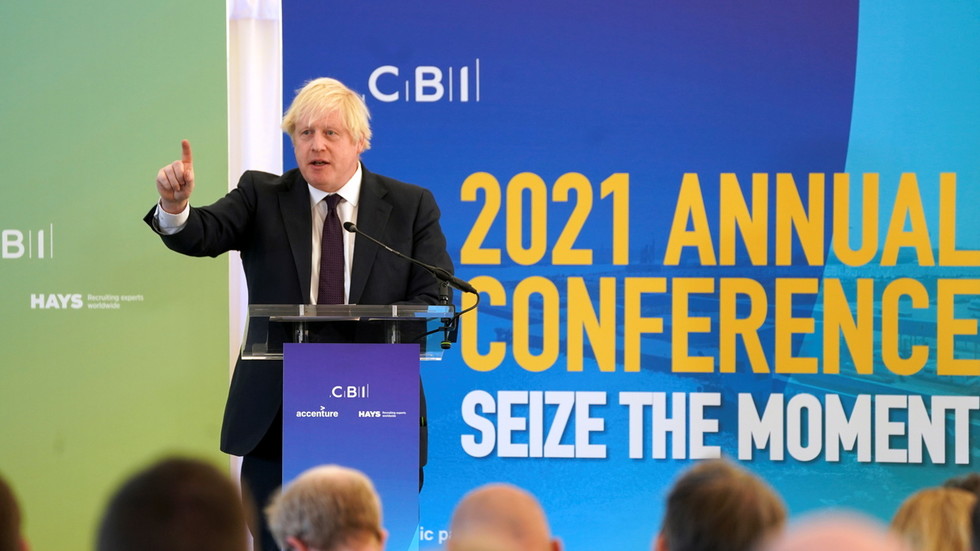 Conservatives have publicly come out to defend UK Prime Minister Boris Johnson, claiming he’s not losing his grip after losing his place during a business speech and delivering a rambling story about cartoon character Peppa Pig.
During an appearance at the Confederation of British Industry (CBI), Johnson lost his place during the speech, made car engine noises, and went on a rambling tangent about Peppa Pig World, sparking concerns about the prime minister’s ability to lead the country.

Following the address at the CBI, an unnamed Conservative MP told The Independent that they were concerned Johnson has been “under a great deal of stress” and “needs a break,” stating that “there’s only so much one human being can stand.”

Despite the concern from within his own party, a spokesperson for the prime minister, when asked if Johnson “has a grip,” defended the speech by claiming it’s not “unusual for people, on rare occasions, to lose their place in space.” Downing Street added that “the prime minister is well,” dismissing any suggestion that he hasn’t fully recovered from a cold he was battling last week.

The spokesperson refused to comment on reports that an anonymous source had briefed the UK media that there is “a lot of concern inside [Downing Street] about the PM.” However, Johnson’s representative did seek to alleviate any fears by stating that “the prime minister has an entire cabinet to draw on” if he should need to.